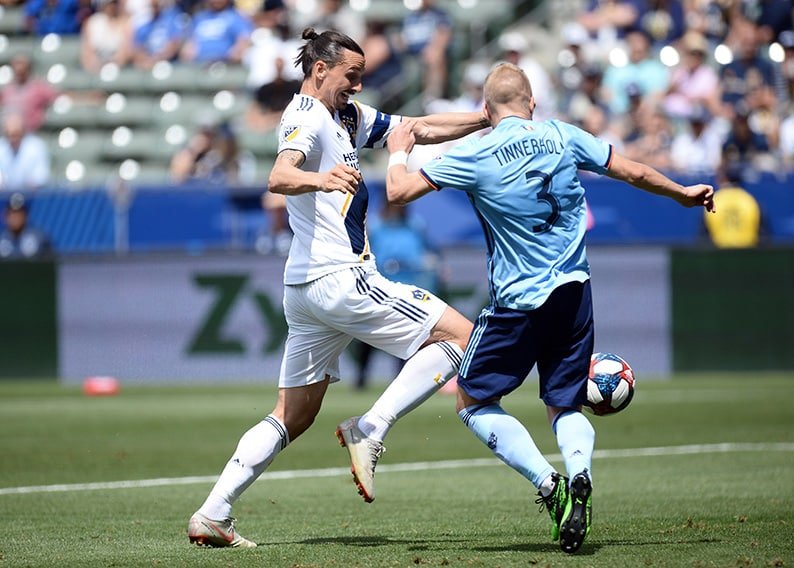 The pair were involved in an altercation in the 86th minute of the match after Sweden’s Ibrahimovic missed an opportunity to score, with Johnson going to ground holding his neck.

“The disciplinary committee has suspended LA Galaxy forward Zlatan Ibrahimovic for two games and issued an undisclosed fine for violent conduct in the 86th minute against New York City FC on May 11,” the MLS said in a statement.

Former Manchester United striker Ibrahimovic, who signed a new one-year deal with Galaxy last December, will miss matches against Colorado Rapids on Sunday and Orlando City on May 24.

The 37-year-old was also fined earlier this month for simulation in their 3-1 defeat by Columbus Crew.