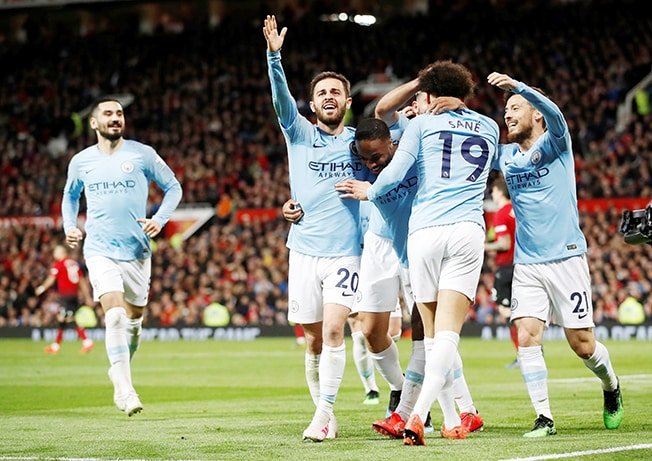 Manchester City will head to Wembley on Saturday on the brink of history.

Most of the build-up to the FA Cup final will focus on City and their breathtaking achievements in the past two years.
The odds will heavily favour City as they bid to win their fifth major English trophy of the last six available.
It is not a foregone conclusion – after all City suffered FA Cup Wembley heartache when they were stunned by lowly Wigan in the 2013 final.

But City are a more serene club under Guardiola than they were in the chaotic final days of Roberto Mancini’s admittedly successful reign six years ago.

The former Barcelona and Bayern Munich boss not only advocates slick and attractive football, but demands the highest standards in terms of performance, fitness and attitude.

Whatever celebrations there might have been after City finally saw off Liverpool in a compelling title race on Sunday, Guardiola’s history suggests there will be little loss of focus.

The Spaniard simply does not tolerate complacency and Watford, who finished a distant 48 points behind City in 11th place, are clearly going to have their work cut out.

Despite chasing glory on other fronts, City have taken the FA Cup seriously from the off. They fielded a strong side and thrashed Championship Rotherham 7-0 in the third round and were similarly ruthless against Premier League Burnley in round four, winning 5-0.

They needed a big slice of luck to see off Swansea in the quarter-finals and the semi-final defeat of Brighton was a grind, but Wembley is the perfect stage to crown a magnificent campaign.

The likes of Bernardo Silva, Raheem Sterling and Sergio Aguero – outstanding all season – will relish the occasion.

Watford, however, will not want to make up the numbers.
Admittedly, recent history is not on their side. The Hornets have lost all eight of their clashes with City since returning to the top flight, including 6-0 and 5-0 thrashings at Vicarage Road. There were also FA Cup losses in 2013 and 2014.

But under the tactically astute Javi Gracia, Watford have enjoyed a positive campaign. Reaching the cup final may have taken the edge off their league form in recent weeks – they lost their last three games to fall out of contention for seventh place – but they are a capable side.

They are defensively strong while Etienne Capoue and Abdoulaye Doucoure have midfield bite. They also utilise the wings while Gerard Deulofeu and Troy Deeney are a threat up front.

Watford have not appeared in the FA Cup final since 1984, but after losing to Everton their Wembley appearance is best remembered for the showbiz quality brought to the occasion by Sir Elton John.

Watford will want to let their football take centre stage this time – to pull off one of the great cup final shocks.