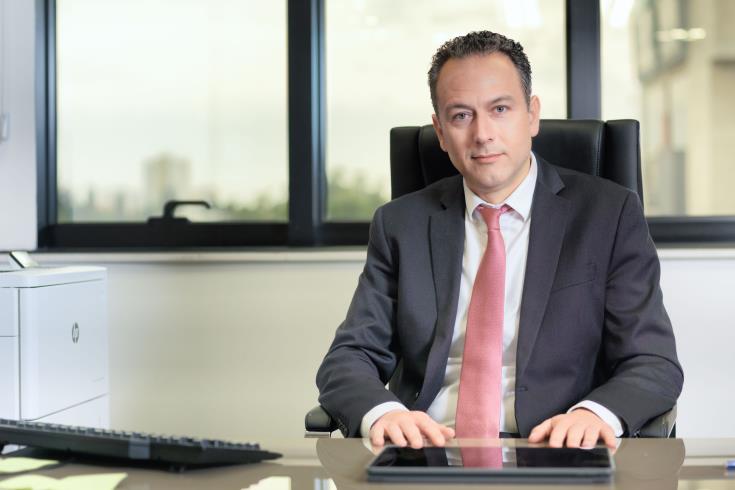 The new CEO of the Bank of Cyprus, Panicos Nicolaou

This week was quite intense for Cypriot banks. The Bank of Cyprus announced a new CEO, appointed the pre-announced chairman of the board and announced results that reflect profits, strong capital and liquidity. At Hellenic Bank, an anxious period of uncertainty came to an end with Demetra winning the stakes game.

Coverage has been intensive on all fronts: new shareholders, the BoC AGM, a new CEO, results and other run-of-the-mill coverage has been filling column inches and air time at length. But behind the matter-of-fact coverage, the week’s banking news may reflect deeper developments.

Firstly, the week saw a return of ‘Cypriot-ness’ to the banking system. Following four years of what was characterised as ‘foreign rule’, a Cypriot CEO was appointed at the Bank of Cyprus. Panicos Nicolaou, who is to succeed John Hourican, is a young up-and-comer who rose through the ranks. Perhaps more interestingly, he is a wholesome Cypriot, born and raised, whose appointment reflects a changing of the guard.

The ‘foreign contingent’ arrived in Cypriot banking in 2014, both at Hellenic Bank and the Bank of Cyprus, replacing Cypriots, recapitalising the banks, boosting corporate governance and fixing the books. Despite the residual problems which will be troubling the system for several more years, the crisis point appears to have been overcome with massive non-performing loans sales, new corporate structures and a swathe of new procedures introduced post-crisis.

The imported foreign leadership may have replaced the previous banking elite, but it had to work with a stratum of young, well educated, eager Cypriots who implemented their plans. This stratum is now taking over, with two CEOs in the largest banks who are pre-millennial, eager, young and local.

At the Bank of Cyprus, at least, the selection of the new CEO was defined by the internal cadre as a decision that would, in their words, “define the nature of the bank’s relationship with its constituent society”. After years of adventurous expansion to eastern Europe, the bank exited all its foreign markets, repatriated its capital and focused on Cyprus. Now a wholesome Cypriot is at the helm.

Second, the appointment of Nicolaou at Bank of Cyprus reflects another breakthrough. Nicolaou entered the bank as a low-level employee and rose through the ranks. This merit-based rise conflicts with the traditional tenure-trumps-merit mentality. Many a senior banker waiting patiently in line may feel overtaken by a young dark horse who is breaking the rules to effect a rise to the top. The appointment, however, reflects a break with the past and may well signal a willingness to effect further change. Whether the new CEO of the bank is willing to make true on the promise that he inadvertently gave by rising to the top and take on the sclerotic union-based rules of management, remains to be seen.

The promise is given, nonetheless. Cypriots are now officially taking over from the foreigners who came to the rescue, reflecting a return to ‘Cypriot-ness’ but with a newly discovered focus on advancement based on merit rather than tenure. Much is eagerly expected from this change.

UK’s opposition will not back ‘fundamentally’ unchanged Brexit bill