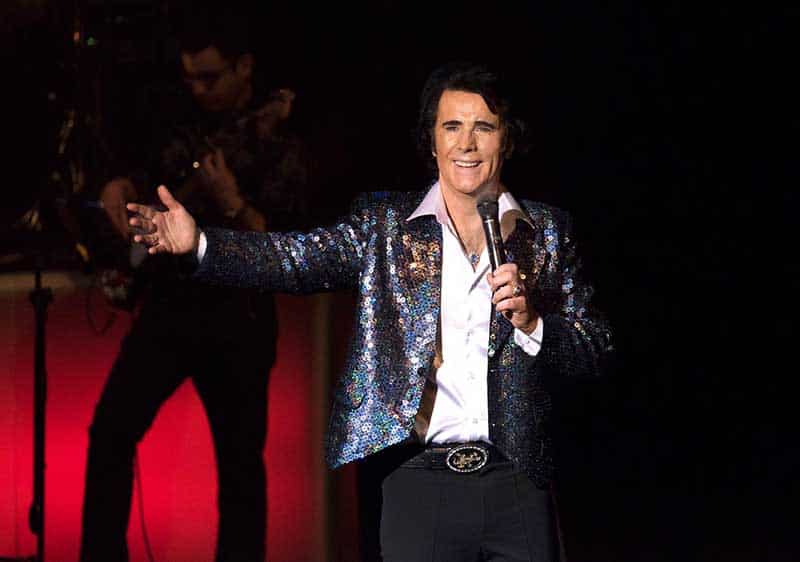 If you’re not ready to let the weekend go, Sunday night’s show at the Colosseum Restaurant in Paphos is sure to entertain as a Neil Diamond tribute act is on. Captivating audiences wherever he plays, Fisher Stevens produces a performance as close to the legendary man as you can get, combining superb vocals with a relaxed sense of humour to deliver a brilliant Diamond night of musical entertainment.

Celebrating all the classic hits of one of the world’s greatest ever singer and songwriters, Fisher’s performance has been described as “a musical adventure unrivalled by any other and the ultimate show that all Diamond fans, old and new, have been waiting for.”

The act, titled A Beautiful Noise Show, has been touring the UK with Fisher, his band and backing vocalists. A lifelong lover of Neil Diamond, Fisher has toured the world as a performer and said, “I am supported by an experienced band and backing singers who are all as passionate about Neil Diamond as I am.

“It is my privilege to celebrate that talent, take the audience on a journey, reliving some of Neil Diamond’s most famous songs,” he adds. It all started for Fisher when he bought his first set of drums inspired by Ronnie Tutt, Elvis Presley’s and Neil Diamond’s drummer. His musical journey began and years later he won a talent competition in the US by singing Diamond and Presley.

“Although it was the first time I had sung in public, I was amazed at the response I received. Thanks to this experience I began a career in entertainment and haven’t looked back since,” he explains.

The show isn’t the only thing to enjoy though as the ticket (€23) includes a three-course dinner. Dinner will start at 7pm, while the show at 9pm.

Musical journey with all the classic hits of one of the world’s greatest ever singer and songwriters. May 19. Colosseum Restaurant, Paphos. 7pm. €23. Tel: 26-962415

Monopolies, oligopolies and the state