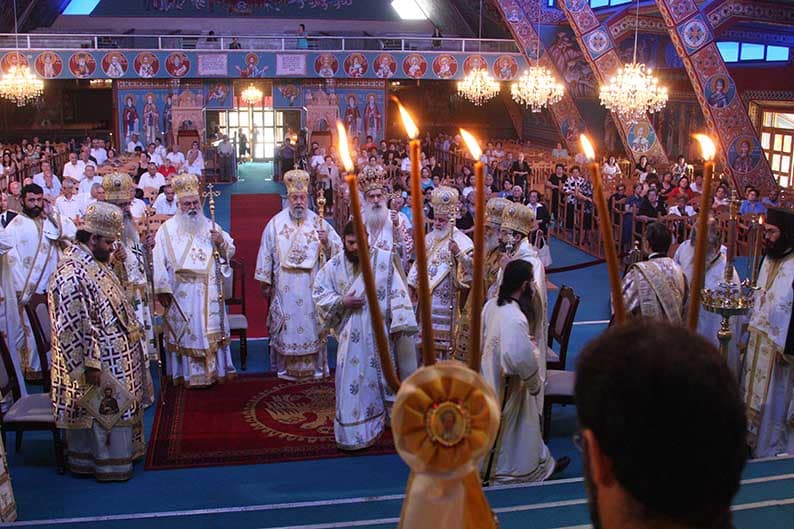 The growth of the Cyprus civil service since its inception in 1960 has been impressive, even if one ignores the existence of the corresponding civil service functioning in the unrecognised, self-declared ‘Turkish Republic of Northern Cyprus’.

It has generated an army of personal interests, which have induced many Greek Cypriots to view the prospect of reunifying Cyprus with reservation and as a potential threat. Such reactions manifest themselves in all sectors and at all levels of the civil service, but they are more pronounced at the highest echelons and particularly within those services, such as the National Guard and the diplomatic service, which are likely to be trimmed in a reunited Cyprus.

Directly connected with the problem of civil service gigantism is the self-interest on which many Cypriot politicians function. One would expect that in a reunited Cyprus the problem would be contained until such time as a new corrupt modus operandi, embracing the Turkish Cypriots, is found (a prospect that hopefully will never be realised).

The other big force undermining the reunification of Cyprus stems from monopolistic and oligopolistic interests which derive super profits because of their privileged position in the market. Examples are very numerous and extend to goods as well as services. Imported pharmaceuticals (the price of which is substantially higher in the south compared to the north) is a typical example of the problem.

Such conditions have enabled certain relatively small groups of Greek Cypriots to reap high economic rewards, by employing methods that those who are amicably disposed towards Cyprus would describe as “of marginal legality” while those who are in an adversarial mood would brand as “criminal acts”. The capital support which was given to the Milosevic regime through money laundering is a good example.

A related, special category is that of the church, which enjoys special privileges in the south that it would not wish to run the risk of losing in a possible reunification.

What escapes the attention of those Greek Cypriots who undermine the reunification of Cyprus is that the benefits derived from their state positions and the monopolistic or oligopolistic super profits, generated as a consequence of the lack of competition, are ephemeral. Sooner or later, they will be lost through the application of the EU competition directives.

In the old days, such a way of thinking and such an approach would have been considered unacceptable (not to say that it would have been treated as a form of treason). Today, such thinking appears to have a following, either because the affected interests are numerous or because the interests are big. In such a climate and under these conditions, I find the size of the group supporting reunification impressive. The few that adopt and accept the view that Cyprus should be partitioned into two are, in effect, selling their home country for a song.

Indeed, here we have a paradox. Currently, Akel, a traditionally pro-Russian party, having overcome the past hesitations of its left-wing elements to go against the wishes of its traditional ally, is clearly set in favour of the reunification of Cyprus. In contrast, liberal Disy is in principle in favour of reunification but with so many reservations and “asterisks” that in practical terms they are tantamount to rejecting such a prospect.

In fact, the president’s persistence in disconnecting the energy parameter from the rest of the Cyprus problem, and the outright rejection of any thought of involving the Turkish Cypriots, in their capacity as fully fledged citizens of the Republic – and (why not?) of Turkey – in its capacity as a country which vociferously declares its wish to peacefully resolve its differences with its neighbours – appears to be a contradiction that cannot be easily explained.