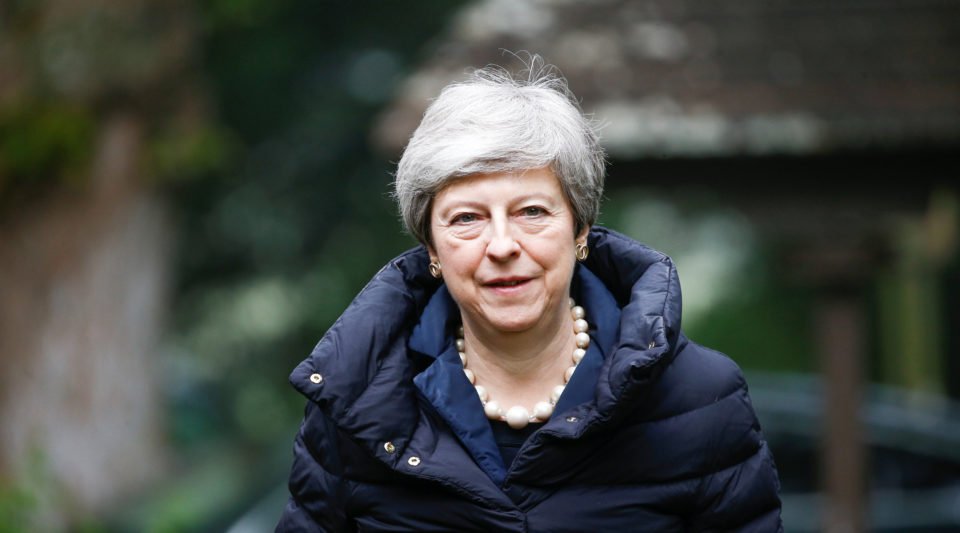 Prime Minister Theresa May will set out on Tuesday a “new deal” for Britain’s departure from the European Union, her fourth attempt to break an impasse in parliament over Brexit that has plunged her government into crisis.

Three years since Britain voted to leave the EU and almost two months after the planned departure date, May is mounting a last bid to try to get a deeply divided parliament’s backing for a divorce deal, to leave office with some kind of legacy.

The odds do not look good. Despite her spokesman saying the deal will include “certain significant new aspects”, many lawmakers, hardened in their positions, have decided not to vote for the Withdrawal Agreement Bill, legislation which implements the terms of Britain’s departure.

At a meeting of her top team of ministers, May outlined her plan to try to get the bill through parliament to secure Britain’s exit from the EU with a deal.

“The prime minister said that the Withdrawal Agreement Bill is the vehicle which gets the United Kingdom out of the European Union and it is vital to find a way to get it over the line,” her spokesman told reporters.

“The prime minister will be setting out further details on the way forward in a speech this afternoon.” The speech will take place at 1500 GMT.

Her ministers, like parliament and the rest of the country, are split over Brexit, but the spokesman characterised the hours-long meeting as one of “shared determination” to find a way to break the deadlock.

But with dozens of her own Conservative Party lawmakers determined to vote against the bill, May must try to win over opposition Labour lawmakers, including by offering to entrench workers’ rights and environmental protections into the legislation.

It was not clear whether she would move significantly closer to Labour’s position on a post-Brexit customs union and the EU’s single market, but could offer some kind of temporary arrangement – something the opposition party has rejected but which will further enrage Brexit-supporting lawmakers.

John McDonnell, Labour’s finance policy chief, cast doubt on whether it could win the party’s support, saying what he had seen so far “doesn’t inspire confidence, and I don’t think that many of our members will be inspired by it”.

“Her bold new offer of the WAB will be a further dilution through Labour-sponsored amendments which will make her already unacceptable withdrawal agreement even more unpalatable,” said Andrew Bridgen, a Conservative lawmaker.

“A prime minister heading for the exit desperate to salvage something from her premiership regardless of the cost to our democracy, our country and the Conservative Party.”

May wants to get her withdrawal deal, agreed with the EU in November, through parliament, so, as promised, she can leave office having at least finalised the first part of Britain’s departure and prevented a “no deal” Brexit, an abrupt departure that many businesses fear will create an economic shock.

May’s finance minister, Philip Hammond, rammed the point home in parliament on Tuesday when he said a no deal Brexit would leave Britain poorer. He is expected to send the same message to business leaders in a speech later in the day.

“The 2016 Leave campaign was clear that we would leave with a deal,” he will say, according to advance extracts.

“So to advocate for ‘no deal’ is to hijack the result of the referendum, and in doing so, knowingly to inflict damage on our economy and our living standards. Because all the preparation in the world will not avoid the consequences of no deal.”