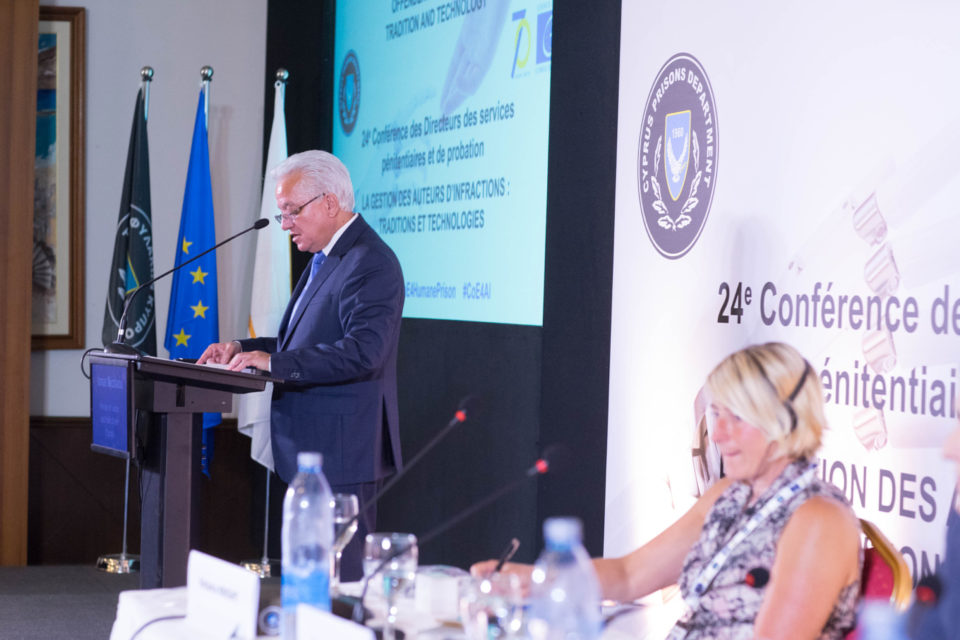 The survey, which contains data on probationers serving different kinds of sentences such as electronic monitoring, community service, home arrest, treatments, as well as persons in semi-liberty or conditional release, was presented at the CoE’s two-day conference of directors of prison and probation services in Ayia Napa, which opened on Tuesday. The conference has 140 participants from 40 countries, some of whom will visit the Nicosia prisons on Thursday.

According to the survey, on January 31, 2018 there were 1.8m people in Europe under the supervision of the 41 probation agencies participating in the survey, which represents an overall probation population rate of 169 probationers per 100,000 inhabitants.

Other administrations with probation rates higher than the European median were Portugal 300, France 262 and the Netherlands 251.

The probation agencies with the highest proportion of foreigners under supervision were Monaco at 68.8 per cent, Switzerland at 35.8 per cent and Cyprus at 27.3 per cent.

Over the years, the Council of Europe has consistently called on its member states to use alternative sanctions and measures to imprisonment as often as possible because they can effectively contribute to the integration of offenders into society, improve the operation of prisons and prevent overcrowding.

Addressing the opening of the Ayia Napa conference, outgoing Justice Minister Ionas Nicolaou said changes the current administration had made to the prisons system had brought stability, balance and a more human response.

Lauding the conference, he said it would help co-ordinate the action of the Council of Europe’s member states on how to punish and treat prisoners and offenders using both traditional measures and modern alternatives, also using technology as a tool.

“The modernisation of the prison system and the human-centred treatment of prisoners has been the guiding principle of our policies and actions which have been targeted, coordinated and methodical,” Nicolaou said.

“We have solved the problems of our prisons system over time. We have sought and succeeded in making innovative changes that have as their main roles the respect for human rights, and security.”

He cited zero tolerance for ill-treatment of prisoners, equal treatment and equal opportunities in education, healthcare, care, rehabilitation, sports and creative entertainment, drug addiction programmes and psycho-emotional support for prisoners and their families.

Nicolaou said more changes were still to come in the existing legal and regulatory framework for prisons in line with modern perceptions and international principles on the treatment of detainees. Two laws governing the operation of prisons and the treatment of detainees would be tabled before the first plenary session of parliament after the European elections at the end of this month, he said.

Prison Director Anna Aristotelous, who also addressed the conference, said: “Our practices have been evaluated as best practices and have been included in Council of Europe publications,” she said, echoing the comments and programmes cited by Nicolaou.

“The results of the modernisation of our prison system have attracted attention from different countries and visits to study and discuss best practices,” she said.

Workshop aims to get us moving