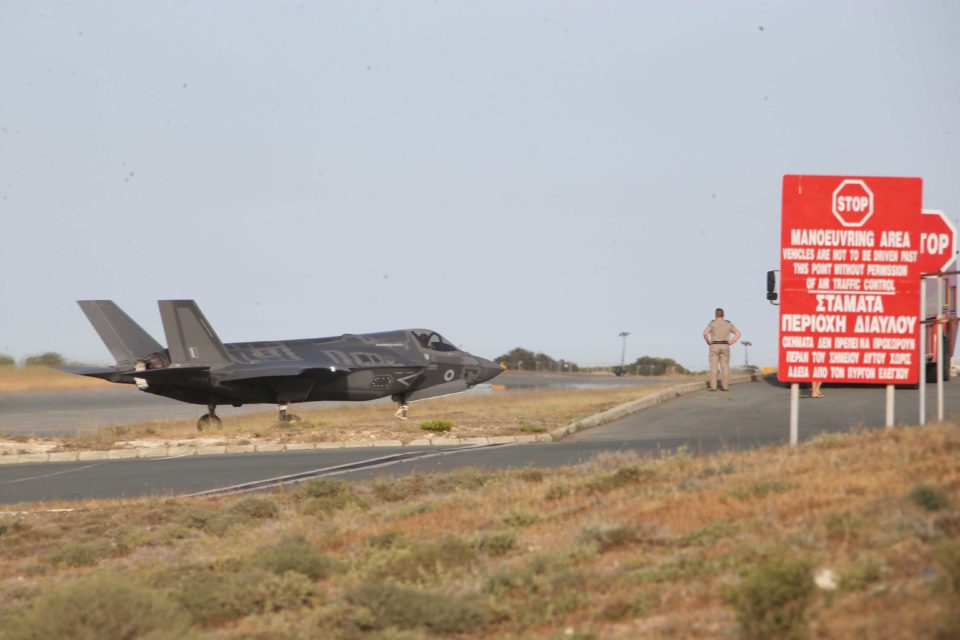 New planes belonging to the RAF arrived in Akrotiri on Tuesday afternoon to take part in the exercise Lightening Dawn, their first overseas deployment.

The F-35B Lightning aircraft arrived in Cyprus from Royal Air Force Marham in Norfolk and will spend six weeks at RAF Akrotiri.

According to RAF Marham Station Commander Group Captain Ian Townsend, “the exercise in Akrotiri will prove our ability to operate F-35 away from RAF Marham and allow us to learn the lessons of operating the air system whilst on deployment.”

The crew will take in routine training and gain experience in maintaining and flying the F-35 in an unfamiliar environment. “It’s just over 76 years since 617 Squadron formed to conduct ground-breaking operations, they are once again called upon to take a capability forwards for the first time,” Townsend added.

Owned and operated by the RAF, the Lightning Force is jointly manned by both the Royal Air Force and the Royal Navy.

The exercise will also examine all aspects of moving this aircraft to a new location, including logistics, maintenance, and sustainment of all the equipment and crew, while also enhancing its preparedness for its first operational carrier deployment, the UK ministry of defence said.

The Lightning, as the aircraft is known in the UK, is the first to combine radar-evading stealth technology with supersonic speeds and the ability to conduct short take-offs and vertical landings. The UK currently owns 17 F-35B aircraft