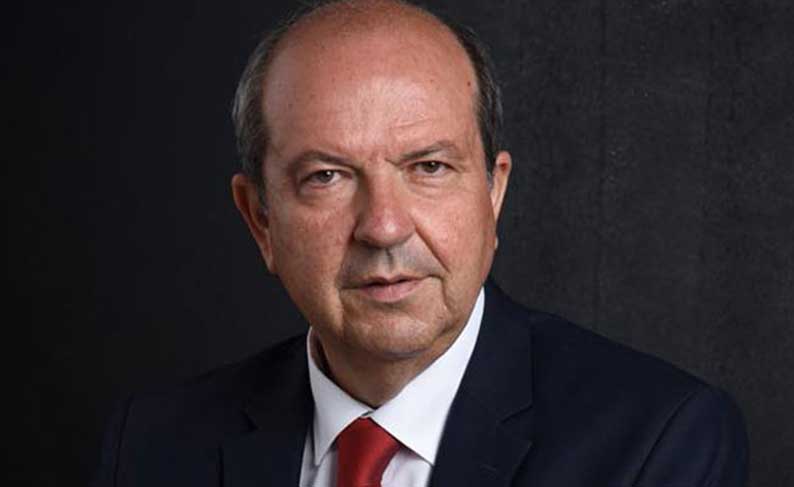 Within hours of taking over the position of Turkish Cypriot ‘prime minister’ on Wednesday, Ersin Tatar was taking Mustafa Akinci to task for his continued support for a federal solution to the Cyprus problem.

Following a meeting at Akinci’s office after submitting the list of names of the new ‘cabinet’ members, Tatar said that he told the Turkish Cypriot leader the ‘government’ was now in harmony as to the Cyprus problem.

Tatar said that Ozersay’s positions on the Cyprus problem are very close to those of his own party.

“The search for an agreement on the basis of the federation has been exhausted so now it is a matter of coming up with alternative ideas in the negotiations,” Tatar said.

He added that the ‘government’ will now act harmoniously considering that the four-party coalition that collapsed some two weeks ago had different views.

On whether this would lead to confrontation with Akinci who is a strong supporter of a federal solution, Tatar said the ‘government’ will send him some messages through ‘parliament’.

Akinci, he said, was elected some four years ago while the ‘presidential elections’ are in 10 months. From now on the ‘president’ must listen to what ‘parliament’ says, Tatar said.

“Mr Akinci is constantly saying that he is in favour of a federal based agreement. That is why I believe we must regulate this,” Tatar said.

Akinci responded that Tatar had taken a different slant while he was in his office earlier in the day and put his statements down to excitement.

He said he was elected by 60 per cent of the people with the positions he had four years ago and that it was the people who “regulate the president and no one else”.

Akinci said the negotiations are being carried out by the ‘president’ in consultation with the political parties as well as with civil society and Turkey.

“Let’s discuss different models but how different? Everyone says that this process can be within the UN framework. No one says let us leave the UN out of this,” he said.

“If you are at the negotiating table, the model that can be mutually accepted and bring a result within the UN is the federal solution. There is no other model,” he said.

It is one thing to say a federal solution has been exhausted, and another that the Greek Cypriot attitude is wrong, he said.

“This model was not created by the Greek Cypriots to be a model that will be exhausted with their own attitude. This is a Turkish Cypriot position that has been accepted by the international community as well. It is not a position exhausted due to the Turkish Cypriot stance,” Akinci said.

He agreed that less than a year remains for the ‘presidential elections’ but given the (short) lifespan of ‘governments’ a year is not a short period of time, Akinci said. There have been 34 ‘governments’ in 36 years in the north.

FIFA to stick with 32 teams for Qatar World Cup