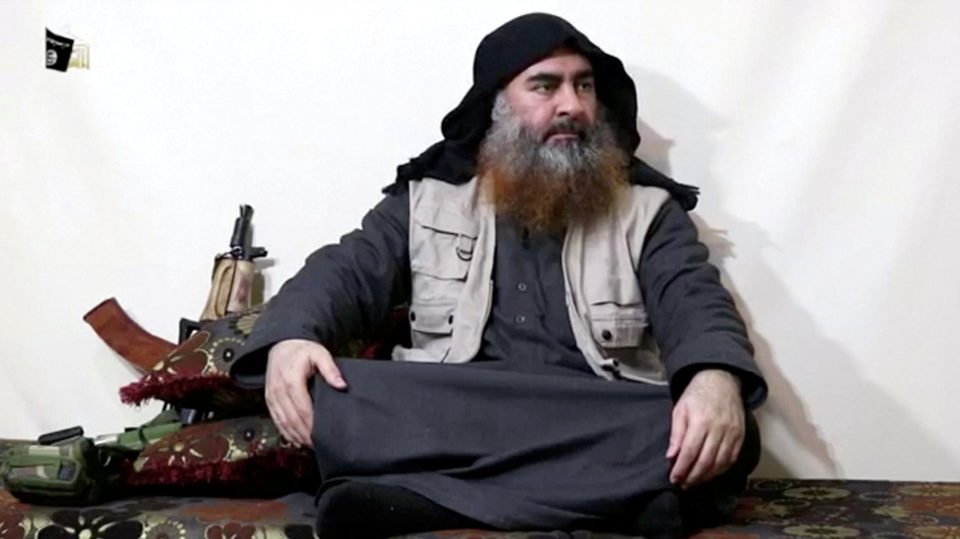 Iraqi farmer Shaker Salih says he feared IslamicState, but feared its defeat even more. His problem is persuading people to believe that he did not support the jihadists.

When Iraqi forces drove Islamic State from his home town in Salahuddin province, north of Baghdad, Salih left with the Sunni Muslim extremist group, known to its detractors as Daesh. He then stayed as long he could in its shrinking, self-declared caliphate.

“We thought militias would kill us for living under Daesh, so we fled,” said Salih, 49, referring to Shi’ite Muslim paramilitaries that helped defeat IS. “That’s why we stayed with Daesh. We were used to them and knew what to do to survive.”

He now lives in the sprawling, guarded al-Hol displacement camp across the border in Syria, where among 70,000 fellow Iraqis, Syrians and others, there are thousands of die-hard IS supporters.

Some are passengers in his car, which he uses as a taxi to make a living by charging one dollar a trip.

“If God allows, the caliphate will return,” one Syrian woman at the camp, who gave her name as Fatima, told Reuters.

Iraq is preparing to bring home its citizens from al-Hol, who number more than 30,000. But it is struggling to decide what to do with them – and how to identify those with genuine IS links and those simply caught up in its caliphate.

The difficulty of distinguishing those groups, sometimes from the same clans and communities now in al-Hol, means that many like Salih face long-term detention under plans the government is weighing up.

Baghdad recently abandoned the idea of building a separate internment camp for those coming from al-Hol after aid agencies on which it relies to support hundreds of thousands of displaced people opposed it, rights and aid workers say.

The latest Iraqi proposal is to put them in buildings and more permanent structures in isolated areas guarded by security forces, according to officials, aid workers and rights groups.

“Camps are temporary, people can’t live there forever. The only solution is to designate areas monitored and protected by the state and provide services and work on reintegrating these people,” said Ali Bayati, a member of Iraq’s semi-official High Commission for Human Rights.

Aid agencies have said they will not provide support for a new internment camp or detention zone, according to several aid workers, due to the risk of rights violations. They are seeking instead to put people who pass security screening into existing displacement camps, according to a plan seen by Reuters.

Iraq’s immigration and displacement ministry and the prime minister’s office declined to comment on current plans for the al-Hol captives.

Since most of those in al-Hol emerged from the last sliver of land held by Islamic State in eastern Syria, it is not easy to sort those with extremist views from non-radicalised people and ensure the latter do not change their views.

If Baghdad gets it wrong, global security could again be at risk, Western officials have said, as it was when Islamic State – a reincarnation of al Qaeda groups that had taken years to suppress – took hold in Sunni areas of Iraq among communities that felt persecuted by the Shi’ite-dominated government.

Iraqis with clear links to IS, such as militants and their families, have mostly been detained and some of them have been transferred to Iraq to face trial.

Many other residents in the camp, which is controlled by U.S.-backed Syrian Kurdish forces, say they did not back Islamic State but survived its brutal rule by keeping a low profile.

Salih and other Iraqis from his region live separately from the suspected fighters in al-Hol, and call the foreigners, who are held in a different area, “extremists”.

When they return to Iraq, the government says keeping them away from existing camps and the general population will protect them from vigilante attacks by people who suffered under IS and help avoid the spread of extremist ideas.

New York-based advocacy group Human Rights Watch (HRW) says al-Hol residents deemed a threat may be housed in abandoned or half-completed building projects or shipping containers converted into housing rather than in camps.

“What they are now thinking of creating is more permanent. It means they foresee holding people there for longer,” said Belkis Wille, a senior HRW researcher.

HRW has said such plans would violate international law which forbids arbitrary detention without trial.

Baghdad wants to avoid a repeat of Camp Bucca, a U.S.-run detention centre where IS leader Abu Bakr al-Baghdadi, who is still at large, expanded a network of radical Islamists during the U.S. occupation of Iraq.

Prime Minister Adel Abdul Mahdi said earlier this year there was a “difference between families which were trapped by Daesh as hostages and families who accompanied the terrorists.

“We will respect human rights but … there need to be careful security measures so (IS supporters) cannot leak back into society.”

Existing displacement camps already host some 450,000 Iraqis, and aid groups say even there they are sometimes denied documentation and face the prospect of never returning home for real or alleged affiliation with IS.

Whether in camps, guarded housing complexes or at liberty, the longer Sunnis who lived under IS are marginalised, the more likely they are to be exploited by militants seeking to regroup and expand an insurgency, Western officials say.

Most Sunni communities welcomed the defeat of IS, which they had quickly discovered persecuted all those it deemed enemies, regardless of sect. But they fear alienation and arrest if they return to areas of Iraq where Shi’ite paramilitaries now have the upper hand.

Some Iraqi Shi’ite militias have been accused of revenge attacks against Sunnis who lived under Islamic State, which had carried out mass killings of Shi’ites, calling them apostates.

The militias deny carrying out such attacks, saying any incidents were isolated and not systematic.

Salih and his family left their native Salahuddin province as Iraqi forces drove the jihadists out in 2015, moving to Mosul for two years, then Qaim, IS’s final Iraq stronghold. “When Qaim was attacked we paid smugglers to get us to Syria,” he said.

“We want to go home, but won’t do that as long as the militias are in control there. They’ll kill us or lock us up. They destroyed my farmland – I saw a video of them setting it on fire,” Salih said, an account Reuters was unable to verify.

Iraq’s Migration and Displacement Ministry, which deals with returns and camps, did not immediately respond to requests for comment on the plans for the displaced or alleged rights abuses.

As tens of thousands of Iraqis and Syrians languish in camps, some say they would accept IS’s return if it meant they could go home.

“I didn’t leave my city because of IS,” said Khalid Fassal, a 30-year-old Syrian man at al-Hol who fled the town of Albu Kamal when Syrian government forces recaptured it. “But when the regime came, I didn’t want to take chances.

The UK can, and will survive