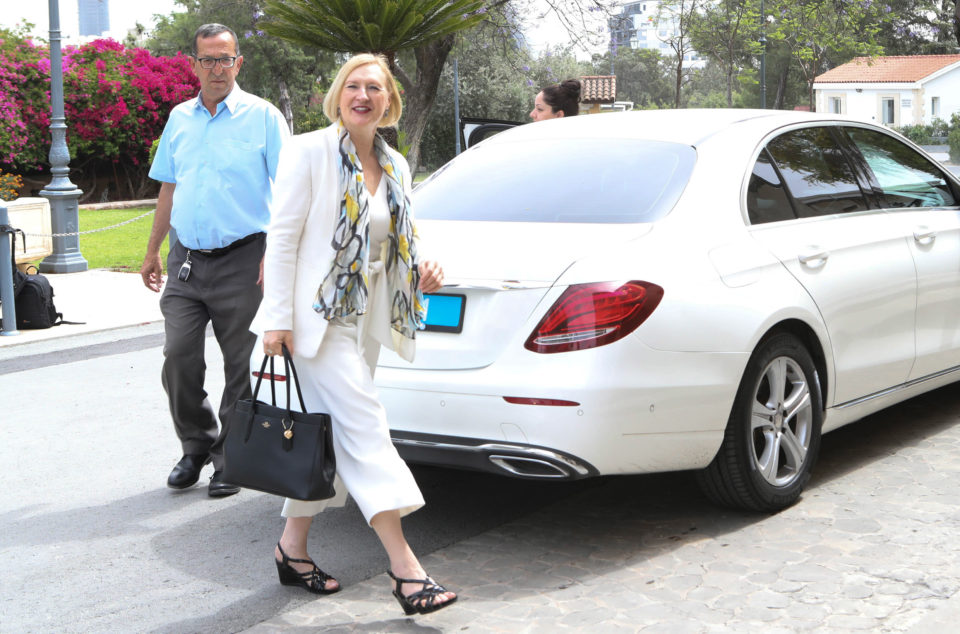 Anastasiades received Spehar at the presidential palace on Friday an official request by the UN ahead of the discussion by the Security Council in July on the Secretary-General’s report relating to Unficyp’s mandate, which will be up for renewal.

Following Friday’s meeting, Prodromou said the president expressed the belief that Unficyp’s mandate would be renewed.

Spehar told reporters that it was a very good meeting and they “covered a number of issues in light of the upcoming (Security) Council session in July.” She had a meeting on the same matter earlier in the month with Turkish Cypriot leader Mustafa Akinci.

According to Prodromou, Anastasiades highlighted during the meeting the problems created due to Turkey’s illegal actions at sea against the Republic of Cyprus.

“The president also underlined the need for the UN peacekeeping force to be present in Cyprus particularly when there are provocations by Turkey and expressed the belief that Unficyp’s mandate will be renewed, with the UN’s contribution to this end,” he said.

As regards prospects for the resumption of the negotiations on the Cyprus problem, Anastasiades expressed his readiness to the UN, Prodromou said, “while on the other hand, Turkey has been following delaying tactics on this issue.”

Concerning the confidence-building measures (CBMs) agreed between the two leaders, Anastasiades told Spehar he had no response so far from the Turkish Cypriot side as regards a list of 21 measures which he submitted some time ago.

Responding to a question about the issue of Unficyp, Prodromou said that there were some proposals on the review of UN peacekeeping forces worldwide and not only in Cyprus. However, he added, with regard to Cyprus, “there is currently an initiative undertaken by the UN Secretary-General which is underway aiming at the resumption of the negotiations.”

“We believe and we underline that as long as the Turkish occupation of the island continues and there are incidents as the recent ones concerning the ceasefire line and the provocations of Turkey against the Republic of Cyprus, it is imperative that Unficyp remains on the island,” Prodromou said. The peacekeeping force is playing a stabilising role, he said.

Replying to another question, Prodromou said that energy issues had never been part of the discussions on the Cyprus problem and could never be.

According to the Cyprus News Agency Ankara has issued a Navtex announcing its intention to start drilling off Cyprus until September 3. The Turkish drill ship Fatih is currently located almost 40 nautical miles west of the Akamas peninsula and 83 nautical miles from the Turkish coast.

Russian ambassador accuses Ozersay of trying to discredit him