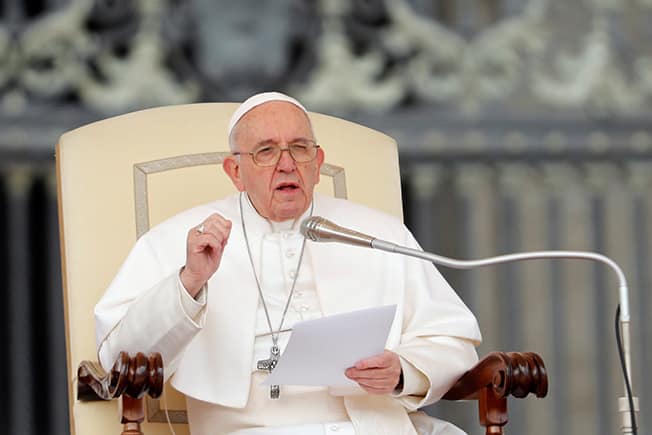 Pope Francis appointed women on Friday to a key Vatican department for the first time since it was founded more than 50 years ago, a move welcomed by Catholic women’s groups as a significant advance.

Three nuns and one lay woman were appointed councillors in the office of synods, which prepares major meetings of world bishops held every few years on a different topic.

Pope Paul VI founded the Synod of Bishops in 1965 as a body to advise popes. A Vatican spokesman said they were the first women members in its history.

Two of the four are Italian – Sister Alessandra Smerilli, an economics professor, and Cecilia Costa, a sociology professor. The others are Sister Maria Luisa Berzosa Gonzalez of Spain and Sister Nathalie Becquart of France.

“It is great news because until now there were no structures for women to have an influence on synods while they are being prepared,” said Zuzanna Fliosowska, general manager of Voices of Faith, an international advocacy group that promotes a greater role for women in the Church.

More than half of the world’s 1.3 billion Catholics are women and the membership of female religious orders is about three times larger than that of male orders.

Women’s rights was a recurring theme at a month-long synod of bishops at the Vatican last October on the topic of young Christians.

As in all synods so far, only “synod fathers”, including bishops and specially appointed or elected male representatives, could vote on final documents sent to the pope.

Two “brothers” – lay men who are not ordained – voted in their capacity as superiors general of their religious orders but an American nun with the same rank could not.

More than 10,000 people signed a petition demanding that women get the vote at future synods.

“We hope this is a first step towards women delegates getting the vote in the next synod,” Fliosowska told Reuters.

The International Union of Superiors General (UISG), an umbrella group of Catholic nuns whose leaders have been pushing for women’s vote, also welcomed the surprise appointments.

“With these positions, they will be able to help make decisions and not just be invited observers at meetings,” USIG spokeswoman Patrizia Morgante said.

The next synod, scheduled for Oct. 6-27, will discuss the needs of the Church in the vast Amazon region, including how to deal with an extreme shortage of priests.