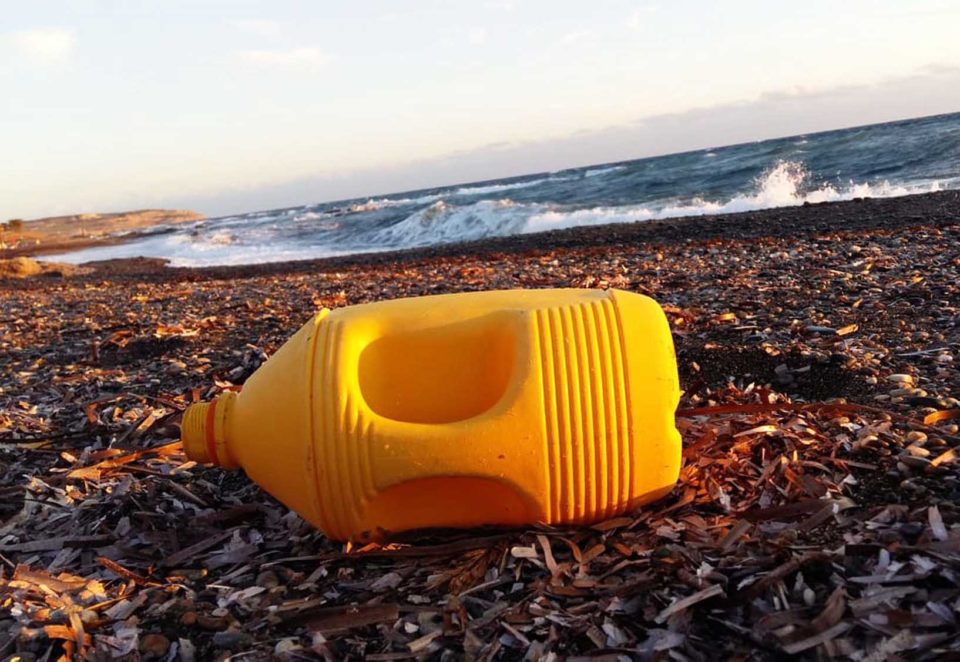 The project’s first action on Saturday involved a beach clean-up at Salamis bay in the north, and cleaning of the Trikomo sea.

MarLitCy – Marine Litter for Synergies, Capacity-building and Peacebuilding – is a 36-month long project, which will run until November 2021, and is funded by the European Union.

The project aims to use the problem of marine litter as a tool for promoting dialogue and building closer relationships between the communities of Cyprus.

An event to celebrate the launch of the project was due to follow on Saturday afternoon at the premises of the MASDER organisation in the walled city of Famagusta, in the presence of representatives of the EU programme support office.

Five animation videos dealing with the issue of marine litter, which were prepared by students for the purposes of MarLitCy, will also be screened.

The project builds on the activities and knowledge gathered within a previously funded project, Marine litter: Together for Clean Coasts!, which was implemented by the same partnership some two years ago and in which over 30,000 people of all ages had participated.

MarLitCy aims to continue its successful streak through the implementation of various innovative activities such as ‘fishing for litter’, which will start at four fishing ports on the island; the expansion of the existing network of responsible coastal businesses; interactive presentations in schools and universities; free diving lesson days for young people; beach and hull cleanings; and the implementation of a participatory decision-making workshop.

The activities seek to attract specific groups, such as small children and youth, educators, fishermen, divers and decision-makers.

Marine litter is an increasing global challenge with no geographic or political boundaries, the project organisers say.

Plastic objects make up the vast majority of marine litter, the organisers noted, and it is estimated that around 1,455 tonnes of plastic (equivalent to the weight of about 50 large whales) float in the Mediterranean Sea, while more than five trillion pieces of plastic are believed to float in the world’s oceans as a whole.

Larger marine organisms can ingest large pieces of plastic, such as plastic bags and fishing-related items, causing suffocation or starvation. These animals can also be trapped in plastic litter, the organisers warn.

Contrary to popular belief, plastic is not biodegradable but is broken down into ever smaller pieces until it becomes microplastic, that is, plastic pieces smaller than 5mm that are mostly invisible to the human eye, and are often swallowed by marine organisms.

This can have a significant impact on the food chain, the organisers add, as microplastics have been identified in marine organisms destined for human consumption.

Importantly, the organisers referred to a study conducted in the Mediterranean, which found microplastics in the stomachs of most fish of the species Boops boops, commonly known as a bogue. Specifically, microplastics were found in 70 per cent of the fish tested, with an average of 3.75 plastic objects per fish.

The impact that microplastics can have on the food chain is uncertain, but what is certain is that the plastic ends up on our plates, the organisers concluded.