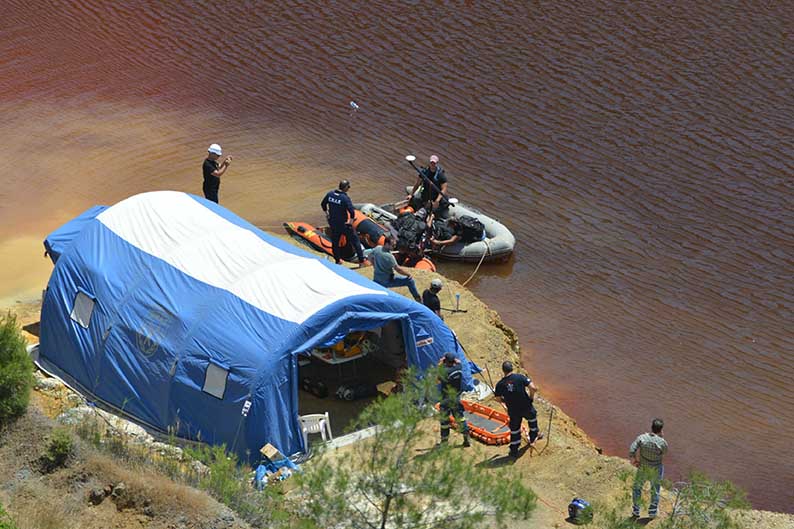 The search at Mitsero red lake for 30-year-old Marricar Valdez Arguila, victim of the suspected serial killer Nicos Metaxas, continued its unsuccessful streak on Saturday, as divers entered and exited the lake with no results.

Despite the arrival of Israeli specialists on Wednesday to aid search teams looking for the body, which is believed to be in a suitcase at the bottom of the water, there is no indication of search crews making any progress.

Efforts on Saturday focused on the toxic red lake in Mitsero, though a second unretrieved victim of Metaxas, a six-year-old girl, is believed to be in Memi lake in the Xyliatos area, where a search is also ongoing.

Metaxas, 35, has been detained in connection with the murders and is said to have confessed to seven killings, five women and two girls. Five bodies have been recovered, the first and second in a Mitsero mine shaft on April 14 and 20 respectively, the third at a shooting range in Orounta on April 25, the fourth and fifth on April 28 and May 5 from the red lake.

Metaxas was remanded for another eight days on Tuesday and is expected to be charged when the remand runs out on Wednesday.