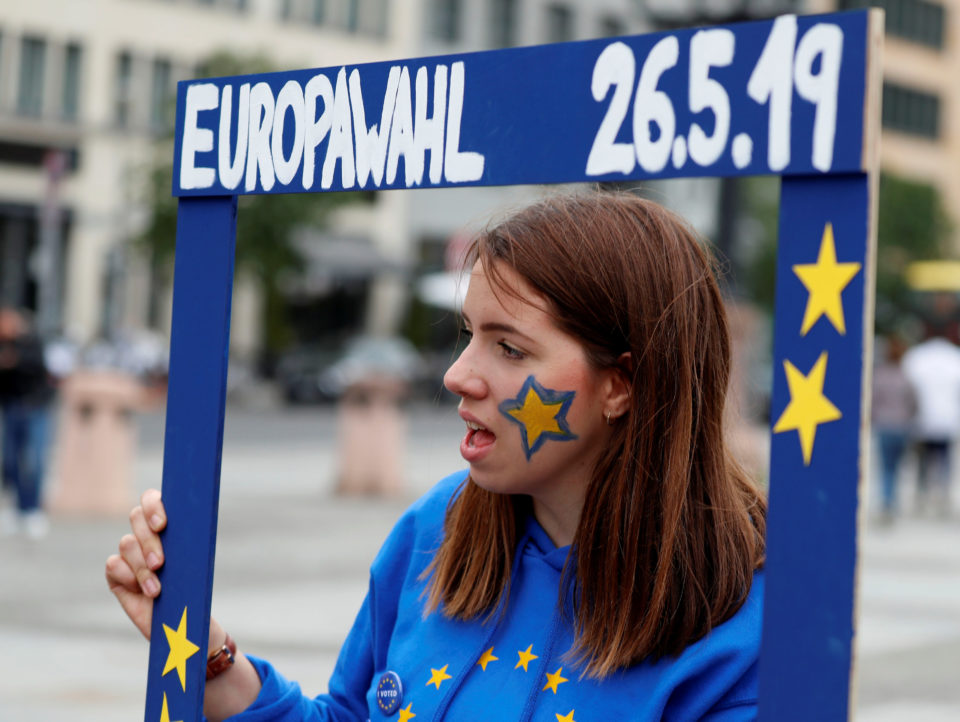 Europeans turned out to vote on Sunday in bigger numbers than before in an election pollsters predict will further dent traditional pro-EU parties and bolster the nationalist fringe in the European Parliament.

Spain saw turnout up about 10 percentage points from 2014 and in Poland, though just 14% at 1000 GMT, it was nonetheless double the participation rate at the same time five years ago.

In Hungary, where eurosceptic Prime Minister Viktor Orban issued a rallying cry for his campaign to to “stop migration” as he cast his ballot, turnout was up by more than half, at 31% at 1300 GMT, official figures showed.

Seven states have already voted, with 21 joining in on Sunday in what is the world’s biggest democratic exercise after India. Provisional results are due after the final vote is cast, in Italy, at 2100 GMT, but the European Parliament will make a first projection of its 751 seats shortly after 1800 GMT.

In a Belgian national election held on the same day, early results in the Dutch-speaking half of the country suggested sharp gains for the hard-right Vlaams Belang at the expense of more moderate nationalists.

However, exit polls in some countries that have already voted have given pro-EU parties some comfort. The Dutch Labour party, all but written off, looks to have finished first, helped by the visibility of having the EU socialists’ lead candidate, current EU deputy chief executive Frans Timmermans.

In the Netherlands pro-Union parties scored 70%, up three points on 2014, and left the upstart anti-immigration party of Thierry Baudet fourth on 11%.

The Dutch also turned out in bigger numbers, albeit at just 41%, reinforcing hopes in Brussels of reversing a 40-year trend of declining turnout that critics cite as a “democratic deficit” that undermines the legitimacy of European Union lawmaking.

An exit poll after Friday’s vote in deeply pro-EU Ireland pointed to an expected “Green Wave”. Across the bloc, concerns about climate change and the environment may bolster the pro-EU Greens group and could mean tighter regulations for industry and for the terms the EU may set for partners seeking trade accords.

Britain also voted on Thursday and a new party focused on getting out of the EU was forecast by pre-vote opinion polls to come top, but there has been no exit poll data. Attention there has focused on the resignation of Prime Minister Theresa May. Results will be out late on Sunday.

The EU faces unprecedented transatlantic slights from a U.S. president who fetes Europe’s populists, border rows among its own members over migrants and an economy hobbled by public debt and challenged by the rise of China.

Europeans are preparing to remember events that shaped the Union. It is 75 years since Americans landed in France to defeat Nazi Germany and since Russian forces let the Germans crush a Polish bid for freedom, and 30 since Germans smashed the Berlin Wall to reunite east and west Europe. But memories of wars, hot and cold, have not sufficed to build faith in a united future.

Mainstream parties pushing closer integration of the euro currency zone’s economy are struggling to capture the imagination of a public jaded by political elites.

Matteo Salvini’s League in Italy may pip the Christian Democrats of German Chancellor Angela Merkel, the bloc’s power broker, to become the biggest single party in the chamber.

Right-wing ruling parties in Poland and Hungary , defying Brussels over curbs to judicial and media independence, will also return eurosceptic lawmakers on Sunday.

The result will usher in weeks of bargaining among parties to form a stable majority in the Parliament, and among national leaders to choose successors to European Commission President Jean-Claude Juncker and other top EU officials.

Many expect a clash as early as Tuesday, when leaders meeting in Brussels are likely to snub Parliament’s demands that one of the newly elected lawmakers should run the EU executive.

Is democracy still such a good idea?