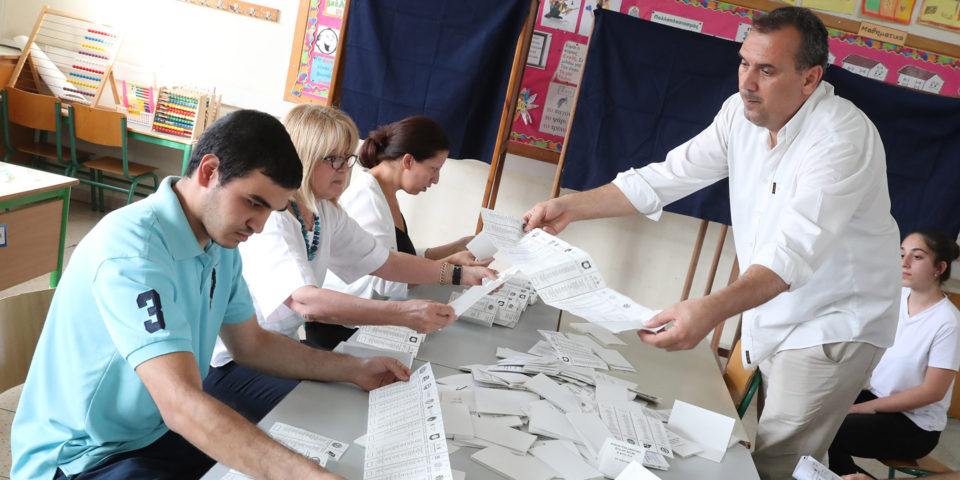 Ruling Disy, as predicted, came out on top in Sunday’s European elections, with opposition Akel trailing some two percentage points behind at 27 per cent with 100 per cent of the vote counted.

Centre-right Diko came in third with 14 per cent, socialist Edek with 11 per cent, far-right Elam with 8 per cent, Dipa, the party of former Diko leader Marios Garoyian at 4 per cent and the Greens-Citizens Alliance with 3 per cent. The Yiasemi (Jasmine) party of Turkish Cypriot Afrika publisher Sener Levent received 2 per cent of the vote, all from the Famagusta district.

Elam’s share of the vote in Paphos reached 12 per cent and as high as 16 per cent in the Famagusta district.

Disy received the highest share, 36 per cent in Famagusta, Akel in Larnaca with 33.9 per cent, Diko in Paphos with 17.5 per cent, Edek in Paphos at 21 per cent. 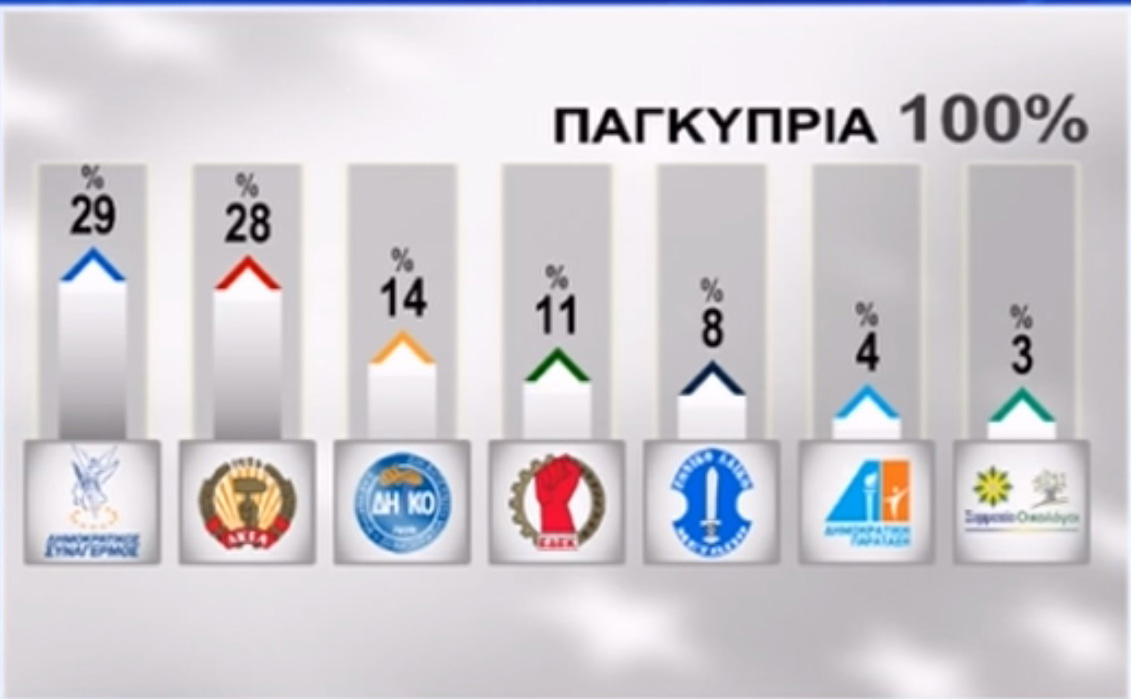 Disy leader Averof Neophytou, speaking at party headquarters after meeting President Nicos Anastasiades as the count came to a close, said the election resulted were a validation of the ruling party’s policies by the electorate ensuring the party remained the main political force on the island. It will get to keep two seats in the European Parliament. “Our goal was not easy but it’s the sixth consecutive victory for Disy since 2013,” he said.

“We must turn the page,” said Neophytou, and referring to Turkish aggression, he added: “It’s critical we strive for political unity for the good of the country. The European course of our country is clear.”

Neophytou also expressed concern over the rise of the nationalist party. “We recognise that society has sent a message not only to the government side, but overall to the political system,” he said.

“The rise of the nationalist party, even if it has not elected an MEP, can only be a worry. You have to listen to society and to address the cause of the ‘birth’ of this phenomenon. As the Democratic Rally we will analyse seriously the election results and where required we will proceed with any changes needed.”

A similar concern was expressed by Akel leader Andros Kyprianou who said everyone needed to take responsibility for the phenomenon of the rise of nationalism. He specifically named Elam and said it was concerning. The left-wing party ran Turkish Cypriot academic Niyazi Kizilyurek on their ballot. Kyprianou said the party would continue to work with the Turkish Cypriots.

A spokesman for Elam thanked the thousands of people who supported the party. “The whole political system has launched an attack on our party,” he said. “Our struggle was never electoral. Expect us to be more united and stronger than ever before,” he added.

Although the final results were in around 8.30pm, the names of the six new MEPs will not be known until midnight Cyprus time in line with European rules. .

A total of 72 candidates in Cyprus competed for the six MEP seats in the European Parliament. Of the 72 candidates, 69 were backed by political parties or coalitions, and three were independents. Candidates also included nine Turkish Cypriots who are citizens of the Republic.

Turnout overall was 42.8 per cent Kyprianou told reporters, compared with 43.97 in the European elections in 2014. It was down in Limassol and Paphos and up in Nicosia, Larnaca and Famagusta. 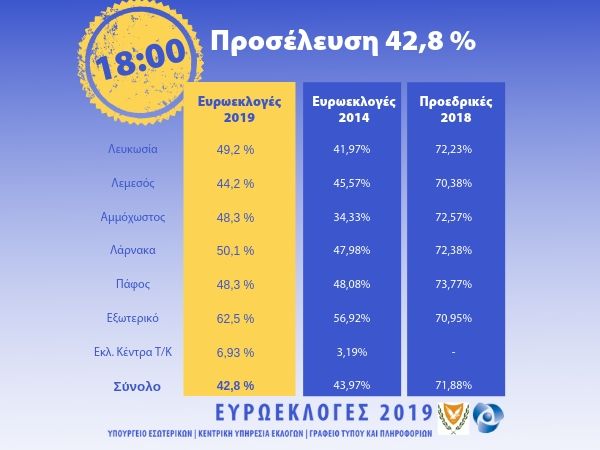 Hundreds of Turkish Cypriots had voted by midday, most of them crossing from the nine checkpoints along the buffer zone with their families. The biggest turnout was at the special election centre set up near Ledra Palace where the president had visited in the morning.

Turkish Cypriots told CNA that what was most important was the feeling of a common future for both Greek Cypriots and Turkish Cypriots. Cyprus should be one without division or racism, in a democratic and free Europe.

It also gave them a sense of freedom to cross to the government-controlled areas and walk towards “Europe and the world”.

Ahmet Deria, 67, said although Cyprus became a member of the EU in 2004, Turkish Cypriots living in the north could not fully enjoy the benefits of the EU, as the acquis was only applicable in the free areas.

Earlier Sunday afternoon, Kyprianou, replying to a question from the media on whether there had been complaints about the sending out of SMS messages to voters in violation of the electoral law, confirmed that complaints had been made, adding that he communicated with the Commissioner for Personal Data Protection who said that four or five had come to her attention. As regards other complaints, Kyprianou noted that more information had been requested both by the Commissioner’s Office and by himself.