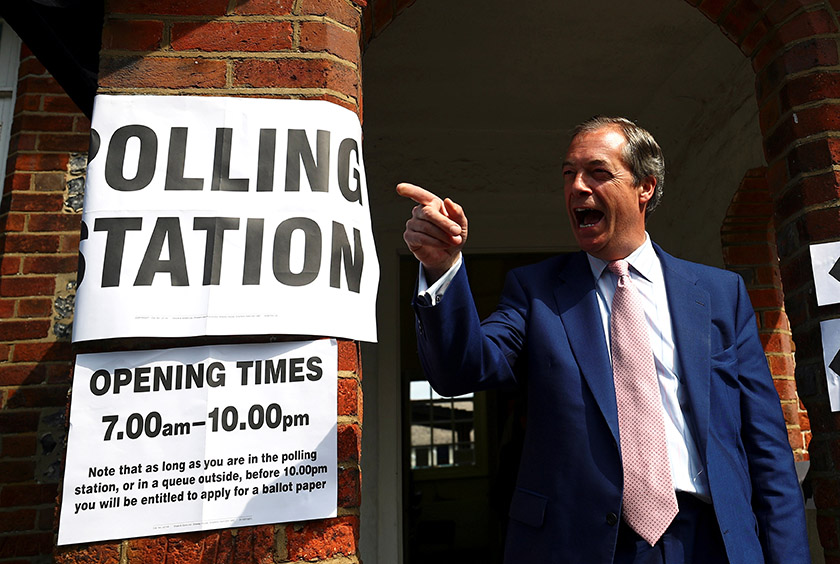 They don’t hold world elections, but this is the week when around a third of the planet’s voters get the election results for their country or region. In no case are the results a cause for jubilation.

The headline vote, of course, has to be India’s election, a six-week process in which the country’s 900 million voters went to the polls one region at a time, but all the results were held back until this Thursday. The outcome was a landslide win and a second five-year term for Prime Minister Narendra Modi, India’s ‘Trump before Trump’.

India is a far more complicated country than the United States: 22 official languages, more than 2,000 ethnic groups, myriad divisions of caste and religion. But Modi powers through all that with a simple nationalist message, delivered mainly in the single most widely spoken language, Hindi, and focused on the promotion of the majority religion, Hinduism.

Like Trump, he is vociferously anti-Muslim. (200 million Indian citizens are Muslims.) Like Trump, he governs an ostensibly secular republic on which he is trying to impose a specific religious identity (although unlike Trump, his religiosity is genuine). Like Trump, he talks up foreign wars and threats all the time, although so far he has managed to evade a major war.

In other words, he is the very model of a modern populist, and the model works. It worked in the Philippines, too, where mid-term election results, declared this week, gave President Rodrigo Duterte an absolute majority in Congress and the ability to change the constitution at will.

Duterte’s first constitutional change will be to bring back the death penalty, but his death squads are already inflicting unofficial death penalties on hundreds of alleged drug-users each month. Then he will abolish term limits, so that he can stay in power indefinitely, and lower the age of criminal responsibility to 12. All of this is making him wildly popular with Filipino voters.

The news is rather better in Indonesia, where election results announced on Tuesday gave incumbent President Joko Widodo 55 per cent of the vote and a second term in office. But while he has been an honest and effective leader, there is a darker side to the story.

Growing Islamist extremism forced ‘Jokowi’ to prove his religious credentials by choosing an elderly Muslim cleric, Ma’ruf Amin, as his vice-presidential running mate this time. And when Widodo’s election victory was announced his main opponent, former general Prabowo Subianto, claimed that he had cheated, denounced the result, and unleashed protesters in the streets of Jakarta. Six died in the first day.

And how about the Europeans? Four hundred million citizens of the European Union were eligible to vote between Thursday and Sunday in elections to the European Parliament, and it looks like ultra-nationalist populist parties will win the most votes in three out of the four biggest EU countries: the Lega in Italy, the National Rally (formerly National Front) in France, and the Brexit Party in the United Kingdom.

Other racist, anti-immigrant nationalist parties will also do well, including Law and Justice (PiS) in Poland, Fidesz and Jobbik in Hungary, the Party for Freedom in the Netherlands, VOX in Spain, Golden Dawn in Greece, Vlaams Belang in Belgium and Alternative for Germany (AfD). If this is what democracy gets you, are you sure it’s a good idea?

Yes, it is. Democracy is not a tool for delivering good political decisions. Sometimes it does, sometimes it doesn’t. Living in a democracy doesn’t automatically free people from all the old divisions of ethnicity and religion and class and caste. It sometimes mutes those conflicts, but it’s not a magic cure. Democracy is about equal rights, and that’s all.

Democracy has spread all around the world in the past two centuries because it acknowledges and embodies the basic human value of equality. All human beings lived in tiny hunter-gatherer societies that were obsessively egalitarian for several hundred thousand years before the rise of civilisation, and that is who we still really are.

Equality disappeared with mass civilisation, because we couldn’t crack the problem of large numbers. Some self-nominated god-king or emperor had to make the decisions for a million people, because there was no way they could get together and do it for themselves in the old way.

But then, a couple of hundred years ago, we got technologies that enabled the millions to reconnect: printing and mass literacy. As soon as we got that, the demand for equality re-emerged, and it proved irresistible. You just had to invent some system for measuring the opinions of those millions (let’s call it elections), and lo! You have a democracy.

You don’t have paradise. Human beings are still made of the same old crooked timber, and their collective decisions can be ignorant and sometimes calamitous. Equal rights do not equate to universal love and brotherhood, but democracy does restore our ancient heritage of equality, and that does imply mutual tolerance.

The process of civilising ‘civilisation’ will not be completed in this century, but we have come a long way already.

Hamilton wins Monaco Grand Prix in the spirit of Lauda