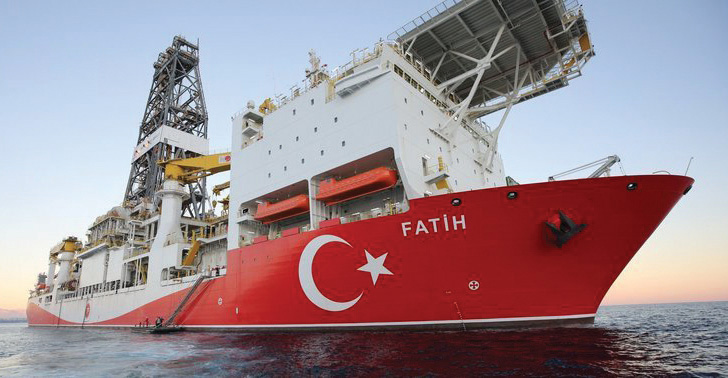 Before we can follow the issues surrounding Cyprus’ EEZ, it is necessary to have a clear understanding of certain basic concepts of the International Law of the Sea, or the rules, which regulate countries’ rights and obligations within the seas of our planet.

An attempt was made in 1982 to codify the International Law of the Sea. The United Nations Convention of the Law of the Sea (Unclos) was signed by 153 out of the 157 states participating in the conference, while four states (the USA, Israel, Turkey and Venezuela) voted against the convention and, to date, have not signed it. The number of states which have ratified the convention is confined to about 60.

According to the convention, every state has the right to establish the breadth of its territorial sea, up to a limit not exceeding 12 nautical miles (or 22 kilometres) from its coastline.  All foreign vessels have the right of a “safe” or “innocent” passage through territorial waters. In various special circumstances, such passage rights are extended or are confined, the objective being to facilitate and not to obstruct international navigation. More specifically, the passage of a foreign vessel is not deemed to be “innocent” or “safe” if it takes place for the purpose of carrying out research or survey activities.

The exclusive economic zone is an area beyond and adjacent to the territorial sea, which may extend up to 200 nautical miles (370 kilometres) from the coast. In the exclusive economic zone, the coastal state has the right to explore and exploit, conserve and manage its natural resources, including fishing, the construction of artificial islands and installations and, in general, the use of the zone for economic purposes.

With regard to the undersea wealth contained in the continental shelf of a state, i.e. the ground extending under the sea beyond the corresponding territorial sea (as a rule, this is identical to that of the EEZ), the coastal state has, under certain conditions, the exclusive right of exploring and exploiting such undersea wealth, including any petroleum and gas deposits. In certain exceptional circumstances, the convention provides that the maximum limit of the continental shelf of 370 kilometres can be extended to 650 kilometres.

In accordance with Unclos, whenever the territorial waters or the EEZ of neighbouring states overlap, then the dividing line must be determined “by mutual agreement that would achieve a fair arrangement”. In the event of a disagreement, the dispute can be referred to the International Court of Justice (ICJ) or the International Tribunal for the Law of the Sea or to arbitration. To date, the use of such venues for resolving disputes has been very limited.

Article 74 of the convention provides the following: ”The delimitation of the exclusive economic zone between states with opposite or adjacent coasts shall be effected by agreement on the basis of international law, … in order to achieve an equitable solution. If no agreement can be reached within a reasonable period of time, the states concerned shall resort to the procedures provided for in Part XV (“Dispute Resolution”). Pending agreement, as provided above, the states concerned, in a spirit of understanding and cooperation, shall make every effort to enter into provisional arrangements of a practical nature and, during this transitional period, not to jeopardise or hamper the reaching of the final agreement. Such arrangements shall be without prejudice to the final delimitation.”

The provisions of Article 83, which address the issue of the delimitation of the continental shelf, are almost identical.

The substance of Cyprus’ position on the delimitation of the EEZ and of the continental shelf between Cyprus and Turkey is that in the eastern part of the Mediterranean Sea, the distance between coastal states is smaller than (200+200=) 400 nautical miles and, therefore, it is practically impossible to claim an EEZ/continental shelf that would extend to the maximum length allowed by Unclos of 200 nautical miles. Given this, the limits of the Cypriot EEZ as well as those of its continental shelf have been determined (unilaterally) on the basis of the “middle line” between the coast of Cyprus and the coast of the opposite states. In particular, Cyprus entered into agreements delimitating its EEZ with Egypt (2003), Lebanon (2007) and Israel (2010), which are based on the “middle line” approach.

On 12 December 2018, a formal letter filed by the Permanent Representative of Cyprus to the United Nations, confirmed Cyprus’ invitation to Turkey to enter into negotiations with a view of delimitating the overlapping EEZs of the two countries.

However, although the Cyprus government accepts the general principle that all Cypriots should benefit from the exploitation of Cyprus’ natural resources, it has made it clear that it will not allow Turkish Cypriot involvement in managing energy resources until there is a solution to the Cyprus problem. It has not been clarified how the promised fair allocation will be attained. Also unclear is what would happen if the UN declares the Cyprus problem as “unsolvable”.

Turkey has consistently taken the position that it does not agree (and has never agreed) to the provisions of Unclos and thus cannot be accused of violating an agreement which she has never entered into.

Turkey’s basic argument is that it has the longest continental coastline in the Eastern Mediterranean and in the delimitation of the EEZ/continental shelf of Turkey’s neighbouring countries, it is necessary to take into account all the parameters of the problem and the special circumstances that are applicable to the case.

In any event, Turkey argues that there is no authority empowered to represent both the Turkish Cypriots and the Greek Cypriots, i.e. all the Cypriots, and, therefore, the “Greek Cypriot Administration” should primarily focus its attention on resolving the long outstanding problems with its neighbouring “Turkish Republic of Northern Cyprus”.

Turkey also argues that she is ready to provide her full support in finding a correct, fair and peaceful solution to all the pending matters, including the delimitation of the seas connecting Turkey with all her neighbouring states that she recognises and maintains diplomatic relations with.

All the above points were made in the formal letter filed by Turkey on March 18, 2018, through which a response was given (via the same venue) to Cyprus’ letter of last December.

Because all the indications suggest that Turkey is highly unlikely to back down from its present position, a critical question arises. Why is it inconceivable to seek a satisfactory solution to the Cyprus problem, in return for assigning to Turkey part of the ownership rights on Cyprus’ under-the-sea wealth? At the end of the day, a prosperous Cyprus could recover the relevant cost in a relatively short period of time.

Chagossians living in the UK, would prefer that the Chagos Archipelago remains a British overseas territory