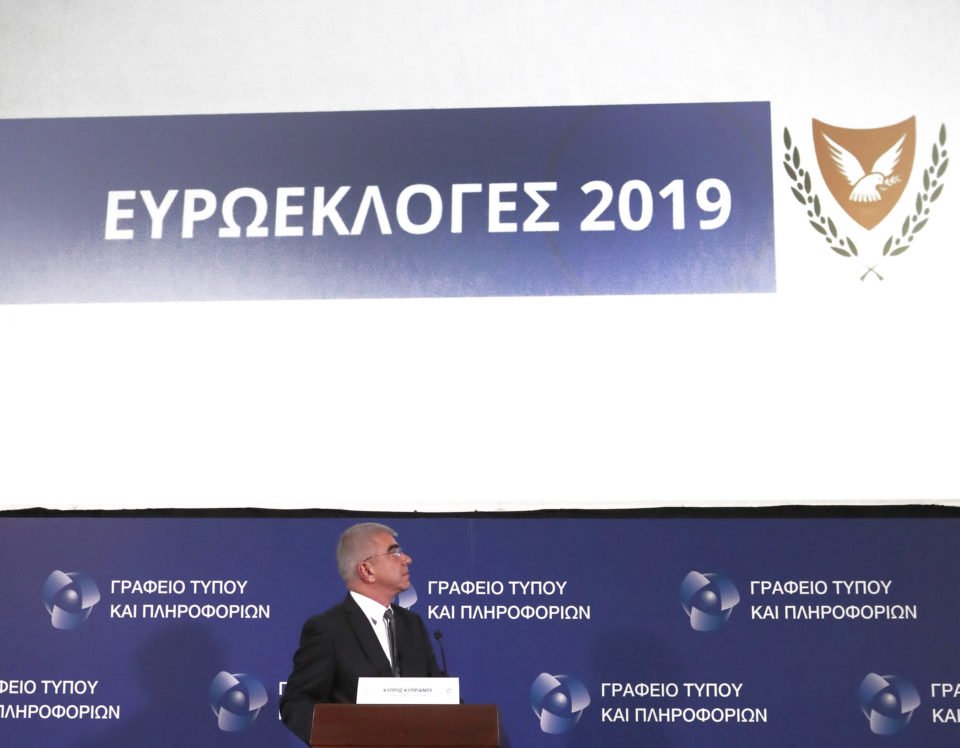 Turnout at Sunday’s Euro elections stood at only 29 per cent by 3pm on Sunday with three hours left to cast a vote, the election service said.

The turnout in Nicosia was 34 per cent by 3pm, Limassol 30 per cent, Famagusta district 31 per cent, Larnaca 32 per cent, Paphos 31 per cent, Turkish Cypriots 5.2 per cent and those voting abroad 38 per cent. 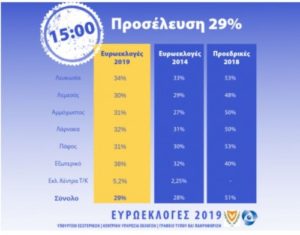