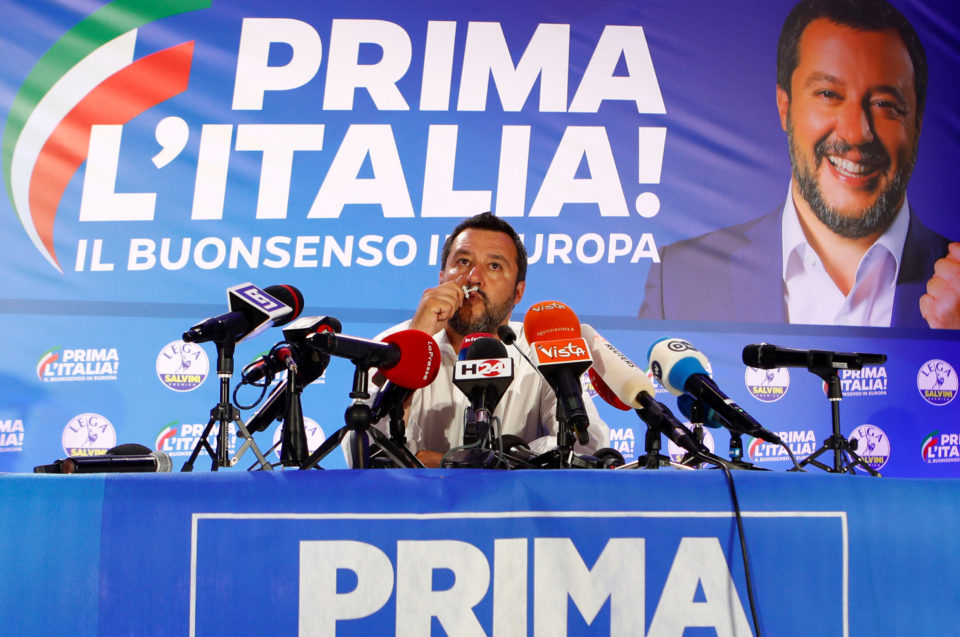 European Parliament elections not only determine the make-up of the next EU assembly and help decide who ends up running top European institutions but can also play back into the national politics of the bloc’s 28 member states.

Here is a run-down of some of those national stakes after polls closed on Sunday and exit polls and early results came in:

FRANCE: Emmanuel Macron’s allies put on a brave face as exit polls showed a narrow defeat at the hands of Marine Le Pen’s far-right Rassemblement National party. But such a result would be a clear setback for the French leader, who had personally invested time in campaigning for the European vote. His Elysee Palace said it would “intensify” his reform effort.

GERMANY: Angela Merkel’s ruling conservatives and their Social Democrat (SPD) coalition allies both suffered losses, bleeding support to the Greens in a further test for their loveless coalition. For the SPD, the poor result was exacerbated by a separate defeat in Sunday’s Bremen state election, but party leader Andrea Nahles insisted she would remain in the federal coalition with the CDU.

AUSTRIA: Austrian Chancellor Sebastian Kurz will likely be strengthened in his fight to keep his job until earlyelections expected in September. His conservative party came a clear first in Sunday’s EU vote despite a recent scandal involving his erstwhile far-right coalition partner. The main opposition party said it would seek to depose him on Monday regardless.

POLAND: Poland’s ruling Law and Justice party (PiS) came out narrowly ahead in a vote seen as test of the party’s nationalist, eurosceptic platform before a national election later in the year. PiS had framed the European ballot as a battle against western liberal ideals that it says threaten the traditional way of life in Poland, a staunchly Catholic country.

HUNGARY: Viktor Orban’s ruling right-wing Fidesz party won a solid 52.14% of votes on a hardline anti-immigration platform, scoring a big victory over a divided opposition. The result underlines how Orban’s power is cemented until the next election in 2022.

CYPRUS: The Democratic Rally, the ruling conservative party came first in Cyprus with 29% of the vote, with opposition Communist Akel coming a close second with 27%. Based on projected results, Cyprus was to get its first Turkish Cypriot MEP, academic Niyazi Kizilyurek, making history on the ethnically-split island.

ROMANIA – Big losses loomed for the ruling Social Democrats (PSD), according to exit polls, which put them tying for first place with opposition centrists. A new grouping of parties, USR-Plus, secured third place with 24% of votes, opening up the prospect of a wider alliance pushing the PSD out of government next year.

PORTUGAL: Ruling centre-left Socialists looked to have won the elections with a higher tally than their 2014 result of 31.46%. That augurs well for them in the country’s October general election, when they typically do better than at European ballots.

IRELAND – The Green Party was set to win as many as three of the 13 seats up for grabs in overwhelmingly pro-EU Ireland, according to exit polls and early counting, putting the small Irish party in line to take its first seats in Europe for 20 years. The governing Fine Gael and main opposition Fianna Fail were well placed while the left wing Sinn Fein appeared to be in a battle to retain all of their three seats.

CZECH REPUBLIC – Prime Minister Andrej Babis’s ANO party, a member of the liberal ALDE grouping, won as expected. ANO, which combines a pro-EU stance with a strongly anti-immigration line, took six seats in the EP, up from its current four.

SPAIN – After winning national elections in April without a majority, Prime Minister Pedro Sanchez was looking for his Socialists to win the EU elections to boost him in coalition negotiatings. Not only did they do that but they also performed well in local and regional elections the same day.