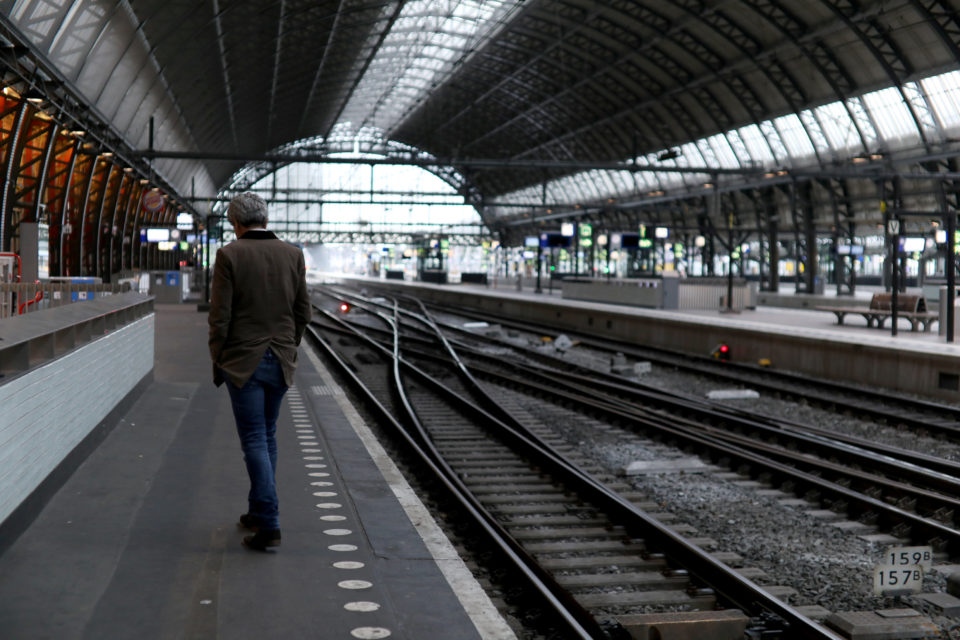 A man is seen at the empty tracks of the departure train platform at Amsterdam Railway Station during a national public transport strike in the Netherlands as workers demand higher pensions and the right to retire at the age of 66, in Amsterdam, Netherlands May 28, 2019. REUTERS/Eva Plevier

AMSTERDAM, May 28 (Reuters) – Around 80 flights to and from Amsterdam Schiphol were cancelled on Tuesday as a nationwide public transport strike made it hard for passengers and staff to get to Europe’s third largest airport.

Almost all train, bus and tram drivers in the Netherlands staged a 24-hour strike on Tuesday, protesting over proposed reforms of the country’s pension system.

Airline KLM had advised passengers to postpone their travel plans and offered them the opportunity to reschedule flights to another date free of charge.

Britain’s EasyJet cancelled 24 flights after the airport had asked airlines to limit the number of passengers coming to Schiphol as much as possible.

Other operators to cancel flights and offer alternative travel dates were United Airlines, Flybe and Ryanair.

The strikes, which led to large traffic jams around major Dutch cities early on Tuesday, are part of larger protests, which are expected to lead to walk-outs in factories and amongst public services workers on Wednesday.

Unions are demanding the government drops its plans to increase the retirement age and cap it at its current level of 66 as well as making it easier for people with physically demanding jobs to stop working earlier.

Health authorities ready for introduction of Gesy on June 1

Diver finds drugs at bottom of the sea