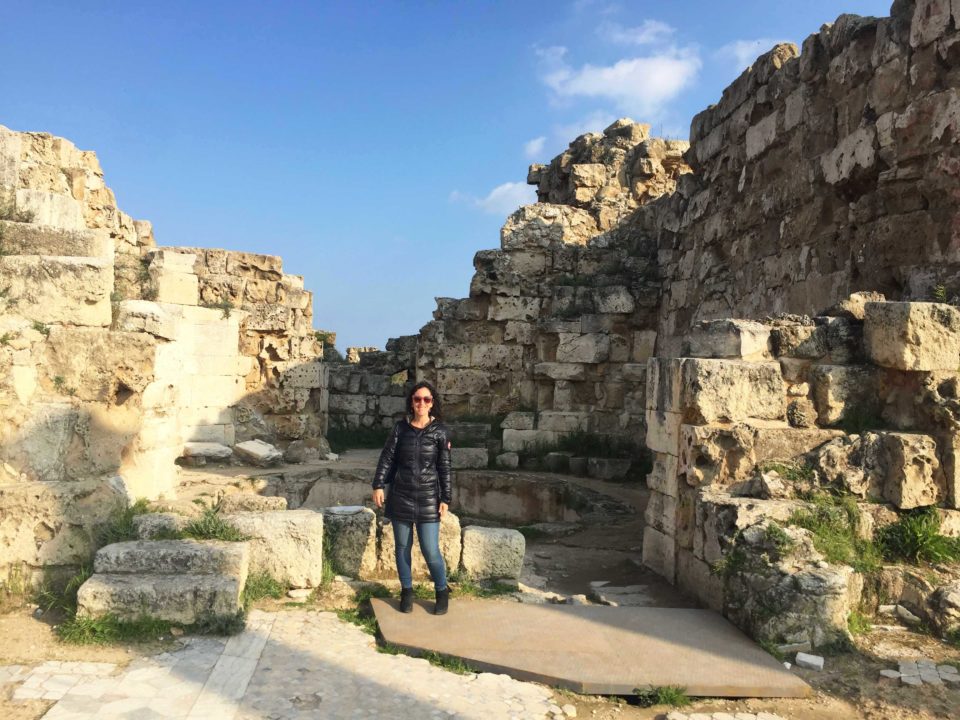 The Head of the AG Leventis-Anáhuac Chair in Cyprus Studies, Mexico City YAEL SIMAN recently visited the island for the first time. He reflects on the similarities of what are considered disparate countries

Cyprus and Mexico may appear as two completely different countries located in two distant geographical areas but my recent visit to Cyprus showed me there are both significant similarities and profound interconnections between them.

One of the greatest surprises was to learn of the rich history of Cyprus. Visiting Amathous archeological site allowed me to observe first-hand the greatness of one of the most interesting ancient cities of Cyprus. While its ruins narrate layers of interconnected histories, artifacts embody daily life. Terracotta figurines in the Limassol archaeological museum were reflections not only of imaginative and playful worlds, but also representations of music, rituals and social functions, similar to ceramics in pre-hispanic Mexican civilizations.

While standing on one of the high points of Amathous and looking at the Mediterranean sea in all its vastness I could feel the solid political power and cultural splendour of this city-kingdom. I immediately imagined spiritual Tulum, the site of a pre-Columbian Mayan walled city in the South Eastern Mexican state of Quintana Roo surrounded by the turquoise waters of the Caribbean.

I had the privilege to observe the multiple legacies of very diverse cultures – Hellenism, Byzantium, Latin, Frankish, Venetian, Ottoman and British, among others – through the country’s wonderful archaeology, frescoes, mosaics, churches, paintings, cities, towns, buildings and streets.

Before visiting Cyprus, I had mistakenly assumed the presence of many outside influences and interventions must have challenged the country’s character and cohesion. Like Cyprus, Mexico experienced conquests and invasions, by Spain, France and the United States. Nevertheless, as I became an observer in-situ, I was able to learn about the uniquely strong spirit of the Cypriot people. It was almost instantaneous for me to feel at home in a Mediterranean island characterised by kind, warm, wise and resilient people. Thus, another similarity between Cyprus and Mexico became visible and tangible.

Colourful landscapes and intense flavours were constant reminders of vibrant life on the island. I was privileged to try the delicacies of Cyprus accompanied by university professors, directors of museums, tour guides and taxi drivers. One of my most memorable moments was driving to the Troodos mountain range, enjoying the fluorescent colours of the landscapes that resulted from an unusual rainy season, and visiting the Church of Panayia Asinou together with other churches on the Unesco list of world heritage monuments. While thematically and temporally distinct, frescoes in Cyprus and murals in Mexico are characterised by vivid colours, fluid rhythm and harmony.

Cypriot contemporary history and art in the AG Leventis Gallery and the Leventis Municipal Museum of Nicosia were magnificent. World of Cyprus and When the World of Cyprus first Heard the Bad News, by internationally-nown painter Adamantios Diamantis left a long-lasting impression on me because of their realistic and beautiful portrayal of local characters, the representation of their singular bonds, and the palate of colours. Both paintings are reminders of the fragility of life, and the sense of the unknown that accompanies foreign invasions in any country, and in Cyprus in particular. These paintings clearly show how routines and ties were radically altered as a result of Turkey’s invasion of Cyprus in 1974. Thus, they convey both singular and universal messages that connect people around the world.

I was fortunate to visit some of the main cities of Cyprus: Nicosia, Limassol, Larnaca, and Paphos. While I had only a glimpse of these urban centers, I was struck by their beauty and intensity. Visiting the Green Line in Nicosia was fascinating and moving as it remains a divided city and a symbol of a divided country. While walking through the dead ends and observing the abandoned buildings, ordinary graffiti and United Nations signs, I came across a coffee place that constitutes a hub of talk, laughter and exchange; a true reminder of the meaning of the continuation of life in a partitioned island with seemingly rigid ethno-national identities. During the last day of my trip, I visited Salamis, a highlight, a symbol of majesty and beauty of antiquity, and a beacon of hope in the occupied part of the occupied island.

My journey to Cyprus was historic and cultural, but also academic. I visited the University of Cyprus and The Cyprus Institute, learning about the latter’s innovative digital and analytical methods. At the University of Cyprus I was kindly invited by Professor Antonis Ellinas to give a talk to Political Science MA students on migration at the Southern and Northern borders in Mexico. With the support of the AG Leventis Foundation I was fortunate to meet with heads of departments, researchers and university authorities. Together we explored future possibilities to increase the exchange of ideas and the circulation of students and professors between our universities. It became particularly encouraging to learn of the potential complementarity in the fields of conflict studies and peace resolution, history and archaeology.

It may sound incredible but another similarity between Cyprus and Mexico is the threat of earthquakes. Having lived through several of them since my childhood I feel they make you stronger, not weaker. Indeed, my visit to Cyprus was metaphorically an earthquake: it shook my knowledge and questioned my previous assumptions, leading me to feel fascinated about its complex history, wonderful people and rich culture. I left Cyprus knowing that I will return, hopefully in not too long. This visit left me with new friends, strong ties and a sense of having my second home in Cyprus.

FACTBOX-What will British PM May’s successors do about Brexit?