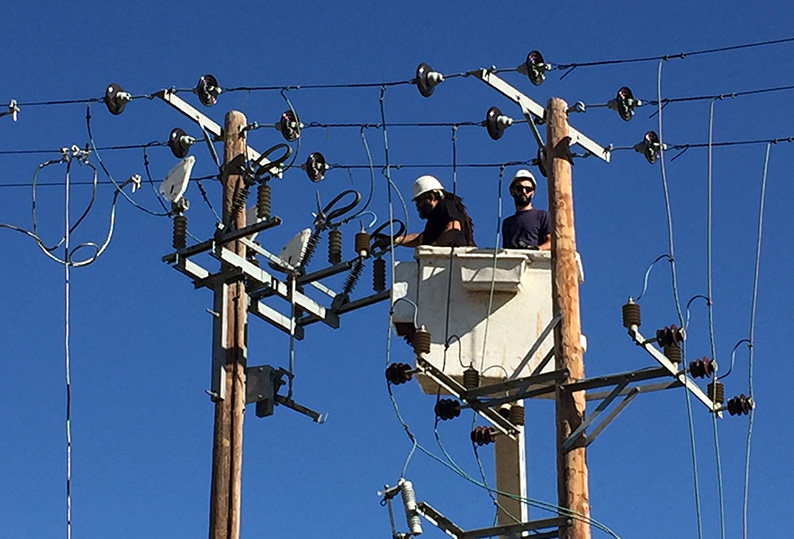 EAC workers are demanding that their pay cuts be returned immediately

The head of the electricity company (EAC) appealed to workers to curb their demands on Wednesday, as unions threatened with strikes if various demands, including pay rises, were not satisfied.

“The EAC has given all it is able to give,” Emily Yiolitis said in a post on her Facebook page. “The board cannot be under threat.”

Unions want the company to stop cutting their salaries as part of austerity measures applied around six years ago that were reversed in March by the administrative court.

The state has appealed the decisions and is also seeking suspension of their execution pending the supreme court’s final decision. The finance ministry has asked public organisations not to reverse the reductions until then.

The EAC decided to pay the money into a special fund until the court decision.

Unions also want the EAC to apply the pay scale rises resulting from the reversal and maintain the organisaton’s healthcare fund in its current form despite the introduction of the national health scheme (Gesy).

As the employer, the EAC pays 5.9 per cent on the workers’ salaries into the fund on top of 1.85 per cent for the Gesy. The EAC has proposed paying the difference into the separate health fund.

“I urge the workers to review their choices responsibly, realising that nowadays they cannot take their gains for granted and that dangers are visible and predictable,” Yiolitis said. “We cannot create inequalities in the social fibre and put the country’s economy at risk. It is time for ‘we’ and not ‘I’. The time to be responsible. For the EAC and Cyprus.”

The chairman of Epopai union, Petros Petrides, said the syndicates will be meeting on Monday to decide how to proceed.

Petrides argued that continuing to apply the pay cuts was illegal following the court decisions.

“It is clearly a legal issue,” he said.