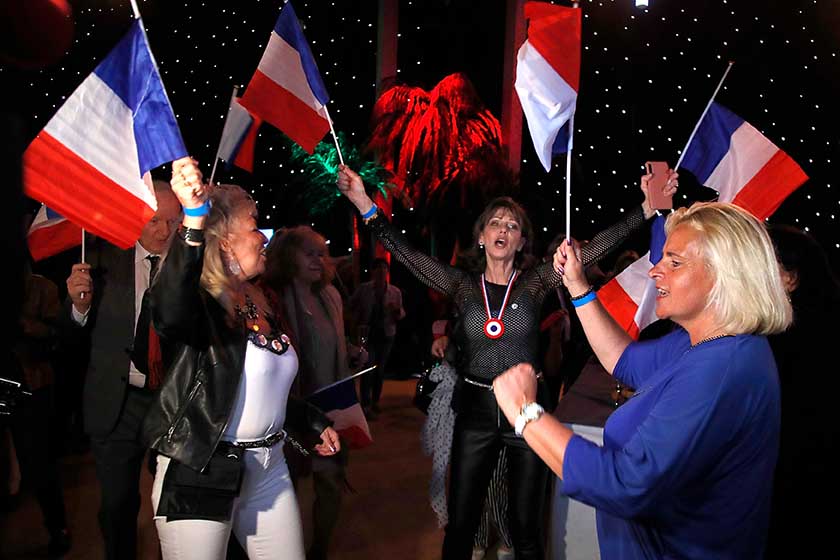 The best way of describing what just happened in the European Union elections is to say that the choices are getting clearer – and a lot of people are realising which side they are on.

The elections to the EU Parliament held last week in 28 European countries – including the United Kingdom, since three years after the Brexit referendum it still hasn’t managed to leave – was the second-biggest democratic exercise in the world. Only India’s elections are bigger. 400 million Europeans were eligible to vote, and half of them actually did.

The choice before them, in most member countries, was ‘less EU’ or ‘more EU’. Should the European Union become the semi-detached ‘Europe of the Fatherlands’ that the nationalists and the populists demand, or continue to work on creating joint institutions (like the euro common currency) that bring the members closer together?

There will never be a single answer to that question, but the two sides are sorting themselves out and you can now get a feel for the way things are going.

Populist demagogues in other EU countries – who five years ago were advocating a ‘Frexit’ in France, a ‘Nexit’ in the Netherlands, and so on – have watched the tragicomic mega-shambles of Britain’s attempted Brexit and decided that the wiser course is to stay in the EU and try to dominate it from within.

They made some headway in this election, but they still control only 112 of the European Parliament’s 750 seats. It’s not even certain that they can all come together as a single bloc: France’s National Rally, for example, is seen by some other far-right parties in the EU as too pro-Russian and encumbered by a history of anti-Semitism. If this is a tidal wave, it’s a fairly small one.

There was another, slightly bigger tsunami on the ‘more EU’ side of the argument, mainly because the Greens did so well, coming second in Germany and third in France. Strongly pro-EU liberal parties did well too – notably the Liberal Democrats in the UK, who came second there – and together they have added more seats on that side of the argument than the nationalists did on the other extreme.

The real value of this election is that it offers a reality check on the burning question of the day: is Trumpism really going to sweep Europe like it swept America? The answer is no – or at least, not so much.

Nationalist parties that strike authoritarian postures and flirt with racist, anti-immigrant and anti-Muslim themes did well in some eastern European countries (although they have few immigrants and almost no Muslims). But in western Europe only one populist party, Italy’s Lega, improved on its last showing.

In France the National Rally got only 24 per cent of the vote, whereas its predecessor, the National Front, won 34 per cent in the 2017 presidential election.

The Brexit Party in the United Kingdom got 32 per cent of the vote, which sounds impressive, since its predecessor, the United Kingdom Independence Party (Ukip), got only 26 per cent in the last EU election in 2014. But if you add the Conservative vote (which is mostly pro-Brexit) to the Brexit Party vote in this election and compare it with the Ukip+Conservative votes last time, the pro-Brexit share of the vote is down from 49 per cent in 2014 to 41 per cent now.

This suggests that the Trump virus is less virulent in Europe, and raises the further question: will the UK really crash out of the EU by October 31 (the current deadline), or will there be a second referendum that calls off the whole quixotic enterprise? It’s starting to feel like Brexit never happening is around a 50-50 proposition.

One symptom of the fear the Brexiters now feel is their increasingly shrill insistence that there must be no new referendum. Never mind that Nigel Farage, founder of both Ukip and the Brexit Party, talked about a second referendum when it looked like ‘Remain’ was going to score a narrow win early on the evening of the first referendum in 2016. (It ended up 52 per cent Leave, 48 per cent Remain.)

Never mind, either, that the Scottish First Minister, Nicola Sturgeon, has just announced that she will publish draft legislation on a second referendum on Scottish independence from the UK later this week. (The first one, in 2014, rejected independence by 55-45 per cent.) Nobody complained about that.

The Brexit referendum is sacred, Brexiters say, and nobody is allowed to change their mind about it. However, the EU election was treated by almost all British voters as an informal referendum on Brexit, and it’s now pretty clear what would happen in a real one. It’s going to be a very hectic five months in British politics.