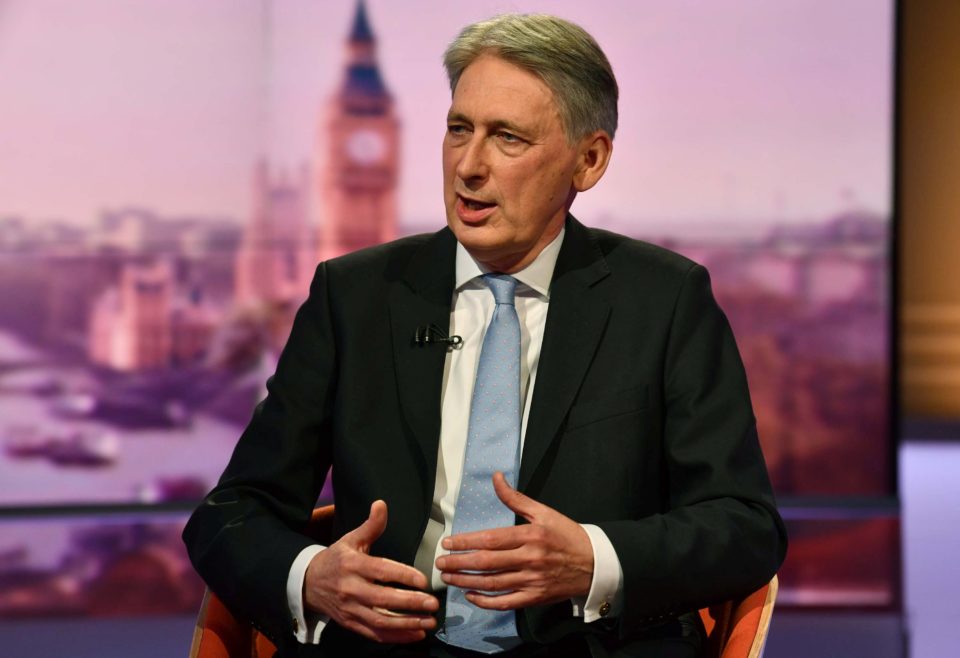 By William James and Kate Holton

Britain’s finance minister on Thursday warned those in his party vying for Prime Minister Theresa May’s job that a no-deal Brexit would imperil the economy and urged candidates to tone down irresponsible spending pledges.

May’s departure deepens the Brexit crisis as a new leader, who should be in place by the end of July, is likely to want a more decisive split, raising the chances of a confrontation with the EU and potentially a snap parliamentary election.

Boris Johnson, the bookmakers’ favourite to get May’s job in July, has said the United Kingdom should leave the EU on Oct. 31 with or without a deal.

“We need to get the spectre of a no-deal exit off the table,” finance minister Philip Hammond told the BBC. “Leaving with no deal would be a very bad outcome for the economy.”

Underlining his point, Hammond indicated he could be prepared to vote to collapse his party’s government if he felt it was heading in the wrong direction.

“I’m not sure that people necessarily have understood what a risk we would be taking, not only with our economy but also with the future of our precious United Kingdom if we left with no deal,” he said.

The United Kingdom was supposed to have left the EU on March 29 but its politicians are still arguing over how, when or even whether the country will leave the club it joined in 1973.

That political failure caused car production to collapse last month as factories shut down in expectation of a Brexit that never came, according to data published on Thursday.

No deal means there would be no transition so the exit would be abrupt. Bank of England Governor Mark Carney said leaving the EU with no transition could be akin to the 1970s oil shock.

May’s government has repeatedly warned of the disruption a no-deal Brexit would unleash on everything from pet tourism to the import of crucial medicines and supply chains that criss-cross Europe and beyond.

Brexit supporters admit there may be some short-term disruption but that in the long-term the United Kingdom would thrive outside what they cast as an undemocratic and excessively bureaucratic project dominated by Germany.

Eleven Conservative lawmakers have declared they are running for May’s job.

When asked if he could be a candidate to succeed May, Hammond admitted his Brexit views had made him unpopular with some sections of the party, but did not rule out entering the contest to argue his case.

“I hope this contest does not degenerate into a competition to see who can make the biggest spending or tax cutting pledges, he said. “The Conservative Party has a very strong reputation, well deserved, for being fiscally responsible.”

May’s successor will be bound by most of the constraints that saw her fail three time to get parliamentary backing for an exit deal, leaving open the option of a national election or a second referendum to resolve the country’s future.

The opposition Labour Party is also divided over what happens next. Leader Jeremy Corbyn said on Wednesday any new referendum could not be a simple re-run of the 2016 Remain or Leave vote.

Hammond said that if a future government that was seeking to leave without a deal faced a confidence vote in parliament, he would vote in what he felt was the national interest.

“I’ve been in parliament for 22 years and I have never once voted against the Conservative whip so it’s not something I would do lightly or enthusiastically. But I am very clear that the national interest trumps the party interest,” Hammond said.

Christofias back on a respirator