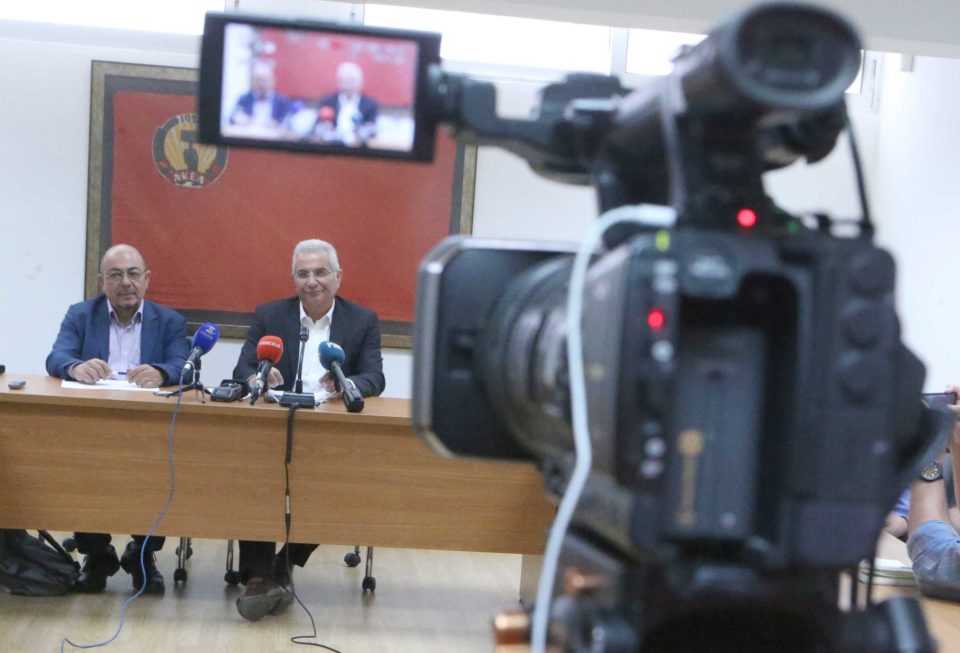 Turkish Cypriot MEP-elect Niyazi Kizilyurek said Thursday he was a candidate in last Sunday’s elections as a European citizen living on the island and not because of his ethnic background and he would be representing the entire Cypriot people and other European citizens.

Speaking a joint news conference with Akel leader Andros Kyprianou, Kizilyurek described Sunday’s election as having “historical importance” since it was the first time in the history of Cyprus that Greek and Turkish Cypriots jointly supported a ticket.

“Whether this event will be historic depends on us and how hard we will work to achieve what we want,” he said, pledging that he will be fully cooperating with Akel.

Kizilyurek said he was not a candidate because he was a Turkish Cypriot.

“I was a candidate because I am a European citizen and I live where I live. The Euro elections are based on the citizen and the residence. Neither nations, nor states or ethnic groups are the basis of the elections.”

The academic said he had experienced a lot of suspicion and doubt during the campaign, noting that many people apparently confused the Euro elections with national elections.

Kizilyurek said the European Parliament was not the place where the Cyprus problem would be solved.

“I choose, and I think this is what the European Union wants, to help the two communities come closer,” he said, adding that the EU’s experience in the reconciliation of people would be good for Cyprus.

“The European Union is asking from us for the two communities to come closer and it is asking that through resolutions and council decisions,” he added.

The European elections offered the two communities a chance to cooperate as opposed to the island’s constitution, he said.

Kizilyurek stressed how difficult it was for Turkish Cypriots to take part in the elections because of an establishment in the breakaway state in the north, which opposed it.

Kyprianou said they fully understood the responsibility they have assumed towards the country and the Cypriot people.

“We have the will to work for the success of this cooperation and we want it to become a truly historic event,” Kyprianou said.

The Akel leader said Kizilyurek’s candidacy sent the message that Greek and Turkish Cypriots can work together provided they have the same love for their common country and the same political goals: Cyprus’ reunification and peaceful coexistence.

Nicosia General’s phones will be down temporarily Saturday morning

The local authorities should have installed groundwater management systems (web)