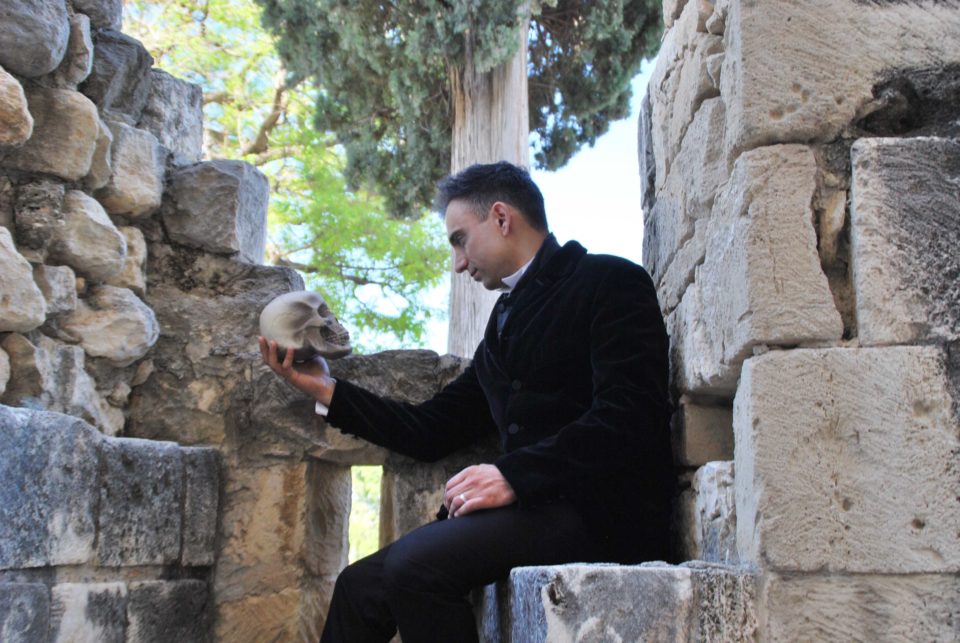 It was, originally, an annual event. Staged each year from 1962 to 2017, the Shakespeare at Curium was the highlight of the theatrical calendar, a chance for audiences to indulge in a little highbrow entertainment at one of the island’s most iconic venues. Alas, in 2018, for the first time in almost six decades, the play was not the thing: the SAC was cancelled due to casting difficulties, and our summer was much the worse for it. 2019 is, however, a brand new start for the group behind the magic, the Performing Arts for Cyprus Charities (PACC)…

Having held a Night with Shakespeare event in October at which aspiring performers learnt about the PACC and had the chance to try out a little of the Bard for themselves, the charity saw their November auditions so well attended that all parts were cast immediately. And, with the fortunate few having been rehearsing since then, this June brings Shakespeare back to Curium: bigger, bolder, and brighter than ever… 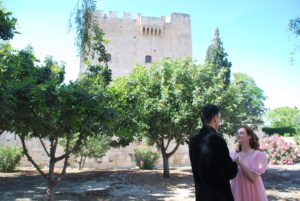 Taking place on June 21, 22 and 23, this year’s play is Shakespeare’s ultimate tragedy: Hamlet. In fact, it’s full name is The Tragedy of Hamlet, Prince of Denmark, a bit of a giveaway for audiences expecting a rollicking knees up. Written around the turn of the 17th century, the plot follows Danish Prince Hamlet’s revenge against his uncle, Claudius, who has murdered Hamlet’s father in order to seize his throne and marry Hamlet’s mother.

Of course there’s simply oodles more intrigue in the offing; at over four hours’ running time, this is Shakespeare’s longest play! Thankfully, director Janet Yianni has been ruthless in her cuts, and our local iteration will clock in at just over two hours.

“I’ve worked extensively in editing the play while keeping in with the Hamlet theme throughout and deleting other references and plots relating to wars and politics,” she explains. Having trained and performed as an actress in London and directed and acted in a variety of productions over the years, Janet is a seasoned Shakespearian. But this is her first time directing the Prince of Denmark and co.

“I’ve directed Taming of the Shrew here at Curium, but never Hamlet,” she reveals. An active member of the Performing Arts for Cyprus Charities – Janet was Chairman of the committee a few years ago, and actually played Ophelia in a previous SAC version of Hamlet – she’s chosen this year’s play for its richness of characters and the exploration of the facades of Hamlet himself. “Hamlet,” she suggests, “is truly Shakespeare’s saddest tragedy. The story is based on revenge and many of the characters suffer through one person’s action.”

Directing a cast from all over the island – “We have cast members based everywhere from Nicosia to Paphos, hailing from incredibly diverse backgrounds: Cypriot, British, Russian and Canadian to name just a few” – and giving the play a Regency setting – “a nice change from the more usual medieval period” – Janet is looking forward, once more, to the joys of staging a Shakespeare in the island’s most beautiful amphitheatre. “The setting is amazing!” she enthuses. “Shakespeare and Curium go together very well; in fact, you don’t really need much by way of stage sets as Curium is a set in itself!”

It’s certainly a joy to see Shakespeare at Curium back up and running this year: a real crowd pleaser, it’s as much a social occasion as a theatrical delight. Starting at 8pm, each performance enjoys a 15-minute intermission – perfect for that car park catch up and picnic under the warm night sky. Plus, it’s all in a good cause: each year the PACC supports various local charities, and the proceeds from the 2019 performance will be going to Vagoni Agapis and the Cyprus Autism Association.

Having raised and donated more than €100,000 to island charities in the last 10 years alone, this is one annual occurrence which we’re very glad to see returning. And where else in the world could you do your bit for charity while enjoying the elegance of Shakespeare in a Roman amphitheatre – all underneath a warm Mediterranean sky?

Cyprus in top global category for taking care of its children

Banksy plays with violence and innocence in Valentine’s Day graffiti