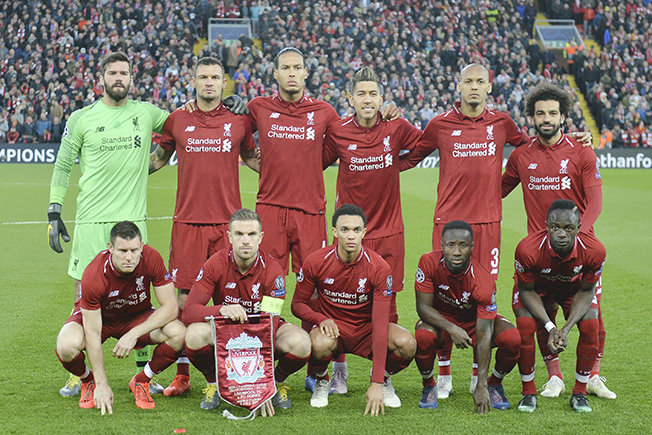 Liverpool are looking to win a sixth European Cup. Only Real Madrid (13) and AC Milan (seven) have more. Their previous five successes have all come against teams playing in white

Liverpool and Tottenham meet in the Champions League final in Madrid on Saturday.

Here, Press Association Sport looks at some of the facts and figures surrounding the game.

:: Liverpool are looking to win a sixth European Cup. Only Real Madrid (13) and AC Milan (seven) have more. Their previous five successes have all come against teams playing in white

:: They are the first English club to play back-to-back Champions League finals since Manchester United in 2008 and 2009

:: This is only the second all-English European Cup final (Manchester United v Chelsea in 2008 the other) and only the third in all European competition (the other was the 1972 UEFA Cup final between Tottenham and Wolves)

:: Whoever wins will provide England with their 13th victory in this competition, moving them above Italy on 12 with only Spain (18) having more

:: Liverpool and Tottenham have met just once before in Europe in the 1972-73 UEFA Cup semi-final. The Reds won 1-0 at Anfield thanks to Alec Lindsay’s effort, and although Martin Peters scored twice for Spurs in the return leg, a Steve Heighway strike sent Liverpool through on away goals. Liverpool went on to lift the trophy

:: Liverpool have lost just one of the last 14 meetings between the sides – the 4-1 league defeat at Wembley in October 2017

:: In nine matches against Tottenham Liverpool manager Jurgen Klopp has lost once, with four victories and four draws

:: Liverpool have conceded the first goal in each of their last four European Cup finals dating back to Juventus in 1985. They opened the scoring in their first four

:: Sadio Mane is looking to become only the second Liverpool player (after Phil Neal) to score in two European Cup finals and the eighth player to score in more than one – the others being Gareth Bale, Samuel Eto’o, Lionel Messi, Sergio Ramos, Raul, Mario Mandzukic and Cristiano Ronaldo

:: Mauricio Pochettino suffered his first defeat as Spurs manager against Liverpool in August 2014 (3-0 at White Hart Lane). He has won three of 14 meetings, drawing four and losing seven

:: Pochettino could become the third Argentinian manager to lift the trophy after Luis Carniglia (twice with Real Madrid) and Helenio Herrera (twice with Inter Milan)

:: Victory for Tottenham would see them become the 23rd different team to lift the trophy and the 14th in the Champions League era. The last team to win the cup for the first time was Chelsea in 2012

:: Should they win they will join Juventus, Ajax, Bayern Munich, Chelsea and Manchester United as winners of all three major European competitions.

:: The Wanda Metropolitano is the 31st different European Cup final venue and the fifth time Madrid has hosted, with all of the previous four at the Bernabeu. Wembley (seven) has hosted the most

Is there any truth to the suburban dream?