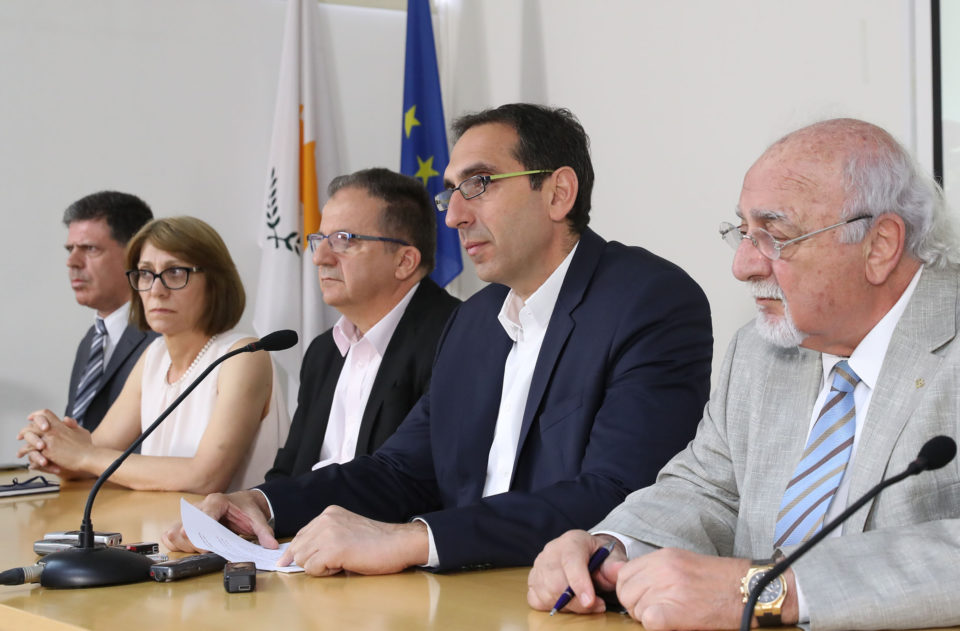 On the eve of the introduction of the first phase of Gesy on Saturday, Health Minister Constantinos Ioannou warned there would be problems as doctors and political parties persisted in their certainty that the new health system wasn’t ready to be rolled out.

“The ideal would be to be completely prepared,” Ioannou said at a news conference on Friday. “As the ideal is not possible, we are proceeding with what’s possible.”

The minister called on the public to be patient during the necessary transitional period and said it would be all hands on deck to tackle any problems during the rollout as best as possible.

Ioannou said it was about time Gesy was implemented after many discussions that “sparked a lot of tension over the decades.”

“There will be problems and obstacles. We are aware of this and we are expecting this,” he added.

Ioannou said a number of the issues have already been foreseen by the HIO and measures are being taken for them to be tackled immediately, he said. The Health Insurance Organisation (HIO) said on Friday it has made contingency plans.

Other problems have also been identified but some time may be needed in order to deal with them “and to shape the national health system we envisioned, which will serve all citizens and health professionals,” Ioannou added.
He said every time a new reform is implemented problems arise but he said there was a will and determination to deal with them and he urged everyone to rise to the occasion, to be patient and to understand “the importance and necessity of this revolutionary reform for society as a whole”.

State doctors’ union Pasyki also urged patients to show understanding for any inconvenience as public hospitals have not been properly prepared to the extent they ought to ahead of the rollout.

The union said that they were still waiting for government promises to be fulfilled on hospital autonomy. “This situation cannot ensure a smooth start for Gesy,” the union said.

“The effort of doctors is to provide both quality and safe healthcare services with the conditions, infrastructure and resources that the employer ‘offers’, it added. “We are called to offer our services to our fellow citizens within a system that is not yet ready.”

Edek leader Marinos Sizopoulos expressed concerns over “the great shoddiness” observed on the implementation of Gesy as there has not been any effort to upgrade state hospitals during the last two years as regards medical equipment, staffing, and the creation of new clinics, he said.

He added that the way Gesy would be implemented made a large number of specialist doctors not want to join. This, he said, “puts at risk the offer of quality healthcare to citizens.”
Ioannou acknowledged that one of the problems expected during the first weeks is the number of specialist doctors.  “I believe that as weeks go by, their numbers will rise and in one or two months there will be a satisfactory number,” Ioannou said.

The minister said that around half a million people had registered so far in Gesy, which was a confirmation “that we were right to insist on the introduction of the scheme.”

For the first time, he said, the institution of the GP is being introduced in Cyprus. This new system is expected to streamline the way healthcare services are provided and allow the accident and emergency departments focus on emergency cases only.

The minister also said that the ‘neighbourhood pharmacy’ is being introduced for the first time “giving the choice to citizens get their medicines from the pharmacists they know and trust for only €1 per pack.”

Beneficiaries will be getting their prescriptions from their GPs and then they will be able to go the pharmacy in their neighbourhood and get their drugs at a much lower cost than today, he said.

Another innovation introduced by Gesy, he said, was the electronic health files.

“From now on, citizens, from the day they are born will have their personal electronic file with all details concerning our medical history which will be a useful tool for our doctors,” he said.

“At the same time, the process of completing registration and signing contracts with 67 more GPs, 17 paediatricians, 500 specialists including public doctors, 33 clinical laboratories and 207 pharmacies is in progress,” it said.

The numbers are expected to continue to increase in the near future as the flow of subscriptions and contract is continuous. To-date 510,000 beneficiaries have been registered.

The HIO said the initial list of drugs to be covered by Gesy will include over 1,000 products. The list will be constantly updated with more pharmaceuticals as soon as manufacturers and importers will be able to supply their medicines.

It urged the public to be patient with any difficulties that might arise during the first stages of the implementation, “which is unavoidable considering the size of the reform.”