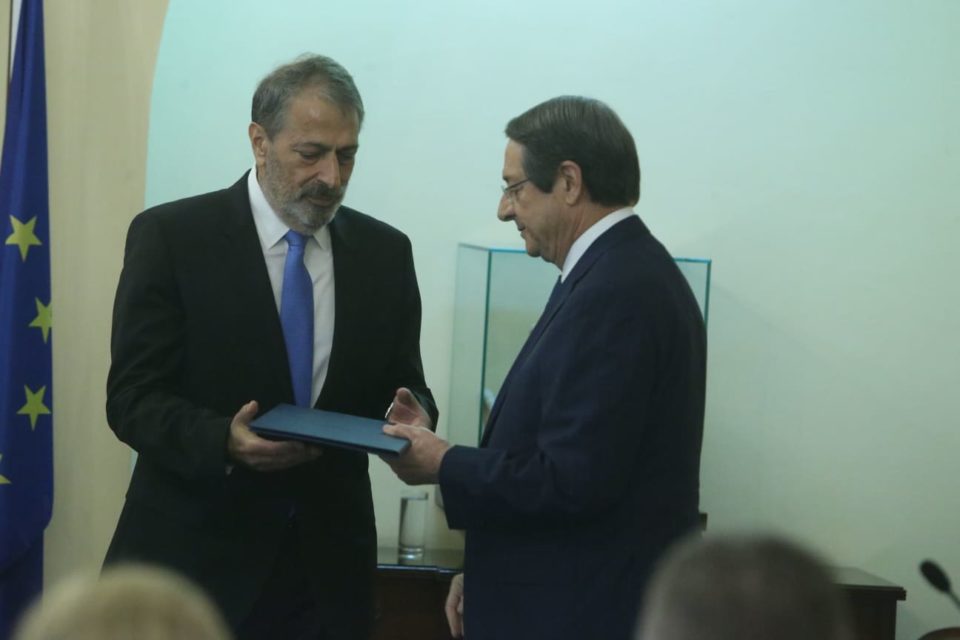 The new justice minister said Friday the reform of the island’s justice system is a big challenge, which he will try to see through in cooperation with all parties involved.

George Savvides, 60, was sworn in at the presidential palace, taking over from Ionas Nicolaou who was forced to resign around a month ago.

“Completion of the justice reform is a big challenge to me, as well as the other reforms advanced by my predecessor,” Savvides said.

The new minister has been a practising lawyer for the past 35 years and owns a Limassol-based firm.

Savvides said he will do his best to secure the trust of the political parties, the judiciary, and other court officers, in a bid to reach the highest possible consensus in pushing through the necessary reform legislation and resolving other problems.

The EU Justice Scoreboard 2017 showed that while perceived judicial independence is relatively high in Cyprus, achieving greater efficiency in the system remained “a serious challenge”.

It noted that the length of court proceedings and the level of backlogs in litigious civil and commercial cases are among the highest in the EU.

As regards the quality of the Cypriot justice system, the EU Justice Scoreboard also showed that deficiencies regarding the availability and use of information and communication technologies, that a low proportion of judgements are accessible online, that alternative dispute resolution methods are rarely utilised, and that standards on timing for case management or other performance measures are lacking.

Significant delays of up to four years in courts of first instance, and a further delay of up to five years on appeals, led to a situation where the state was required by the European Court of Human Rights to pay damages to citizens impacted by those delays.

After praising Nicolaou for the work he left behind, President Nicos Anastasiades said of Savvides that his training, honesty, ethos, and diligence “are guarantees for an equally successful course in a ministry whose aim is the continuous improvement of the justice system, the security and protection of the rights of citizens, the reform of the police, fire service, and the correctional system.”

The president said he had no doubt that during his time in office, Savvides will strictly observe the principles and values of transparency, good governance, political ethos, and the rules of meritocracy across the board.

Nicolaou resigned in May after it was revealed that police did not investigate properly the reported disappearance of three women and two children, daughters of two of the women, who turned out to be victims of a serial killer. His two other victims were never declared missing.

The case also prompted the dismissal of the chief of police.

Many EU Citizens are not registered anywhere, making their GESY registration impossible