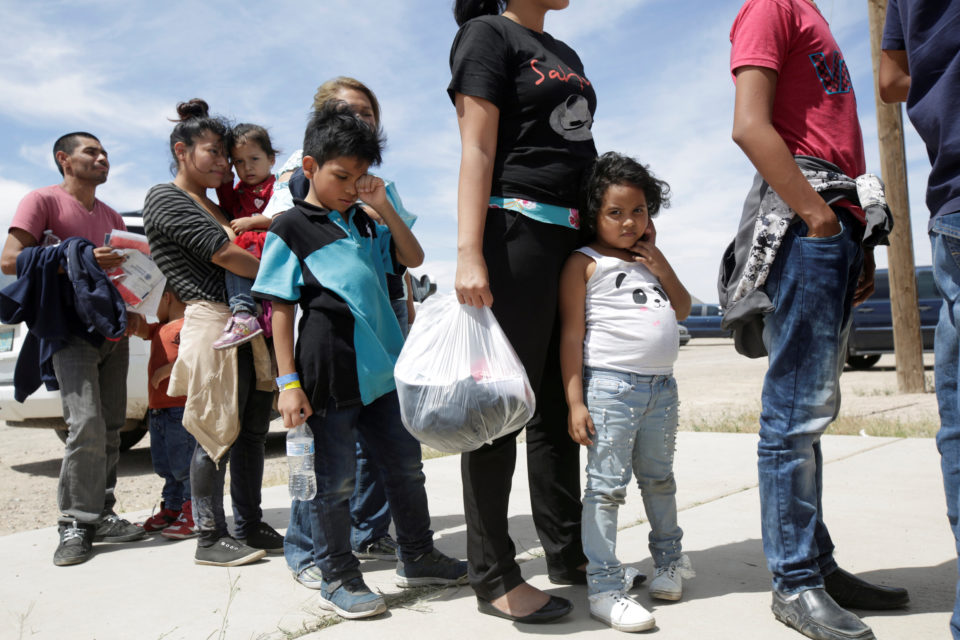 U.S. President Donald Trump, responding to a surge of illegal immigrants across the southern border, vowed on Thursday to impose a tariff on all goods coming from Mexico, starting at 5% and ratcheting much higher until the flow of people ceases.

Trump’s move dramatically escalates his battle to control a wave of tens of thousands of asylum seekers, including many Central American families fleeing poverty and violence, that has swelled alongside his promises to make it harder to get U.S. refuge and his efforts to build a wall on the Mexican border.

The announcement rattled investors who feared that worsening trade friction could hurt the global economy. The Mexican peso, U.S. stock index futures and Asian stock markets tumbled on the news, including the shares of Japanese automakers who ship cars from Mexico to the United States.

The president’s decision, announced on Twitter and in a subsequent statement, was a direct challenge to Mexican President Andres Manuel Lopez Obrador and took the Mexican government by surprise on a day when it had started a formal process to ratify a trade deal with the United States and Canada (USMCA).

It raised the risk of devastating economic relations with the biggest U.S. trade partner for goods. Mexico, heavily dependent on cross-border trade, rose to that ranking as a result of Trump’s trade war with China.

The measures against Mexico open up a new front on trade and if implemented are bound to trigger retaliation that would hit heartland, Trump-supporting farming and industrial states.

Higher tariffs will start at 5% on June 10 and increase monthly up to 25% on Oct. 1, unless Mexico takes immediate action, he said.

“If the illegal migration crisis is alleviated through effective actions taken by Mexico, to be determined in our sole discretion and judgment, the tariffs will be removed,” Trump said.

Lopez Obrador responded in a letter he posted on Twitter, calling Trump’s policy of America First “a fallacy” and accusing him of turning the United States into a “ghetto,” that stigmatized and mistreated migrants.

“President Trump, social problems are not resolved with taxes or coercive measures,” he wrote, adding that a delegation led by Foreign Minister Marcelo Ebrard would travel to Washington on Friday. He did not threaten to retaliate, saying he wanted to avoid confrontation.

Lopez Obrador pushed back against Trump’s assertion that Mexico let immigration happen through “passive cooperation,” saying: “you know we are fulfilling our responsibility to stop (migrants) moving through our country, as much as possible and without violating human rights.”

Determined to avoid a break down in Mexico’s most important bilateral relationship, since Trump threatened to close the world’s busiest land border over the migrant surge, Lopez Obrador’s government has drastically tightened controls on the movement of migrants, detaining and deporting thousands in recent months, while calling for U.S. aid to tackle root causes.

“We’re in a good moment building a good relationship (with the United States) and this comes like a cold shower,” said Mexico’s deputy foreign minister for North America, Jesus Seade, who had been in Mexico’s Senate delivering the USMCA trade deal for ratification shortly before the news broke.

Despite Trump’s assertion that Mexico could easily end Central American immigration, its relatively small security forces, also struggling with a record level of gang violence and homicide, are having a hard time controlling the flows.

In the biggest migrant surge on the U.S-Mexican border in a decade, U.S. officials say 80,000 people are being held in custody with an average of 4,500 mostly Central American migrants arriving daily, overwhelming the ability of border patrol officials to handle them.

A senior White House official said Trump was particularly concerned that U.S. border agents apprehended a group of 1,036 migrants as they illegally crossed the border from Mexico on Wednesday. Officials said it was the largest single group since October. Before unveiling the tariff threat, Trump posted a video purporting to be of the crossing on his Twitter feed.

A source close to Trump said there had been a debate inside the White House over whether to go forward with the new policy, with immigration hawks fighting for it and others urging a more diplomatic approach. Trump sided with the hawks.

“The last thing he wants is to look weak,” said the source, who spoke on condition of anonymity.

Trump’s directive also spelled the potential for chaos for his efforts to get the U.S. Congress to approve the USMCA deal, which he negotiated as a replacement to the North American Free Trade Agreement between the United States, Mexico and Canada.

Doug Ducey, the governor of Arizona, which shares a 370-mile (595-km) border with Mexico, said on Twitter that he spoke to the White House and it was time for Congress to act on border security and the United States-Mexico-Canada Agreement.

“Everyone knows I am opposed to tariffs and deeply value Arizona’s relationship with Mexico. I prioritize national security and a solution to our humanitarian crisis at the border above commerce,” he said on Twitter.

Trump said he was acting under the powers granted to him by the International Emergency Economic Powers Act. He campaigned for election in 2016 on a vow to crack down on immigration.

White House acting chief of staff Mick Mulvaney, asked in a conference call with reporters which products from Mexico could be affected by the tariffs, said: “All of them.”

Mulvaney added, “We are interested in seeing the Mexican government act tonight, tomorrow.”

“Mexico is the U.S.’s largest trading partner and a flare-up in trade tensions was definitely not on the market radar,” said Sean Callow, a senior currency analyst at Westpac.

The benchmark S&P 500 e-mini futures dropped 0.82% to the lowest the contract has traded since early March. Investors scooped up safe assets, driving the yield on the 10-year U.S. Treasury note to 2.18%, the lowest since September 2017.

The dollar surged more than 2.5 percent against the Mexican peso

HNB – Abortion to be prohibited after embryonic heartbeat detection