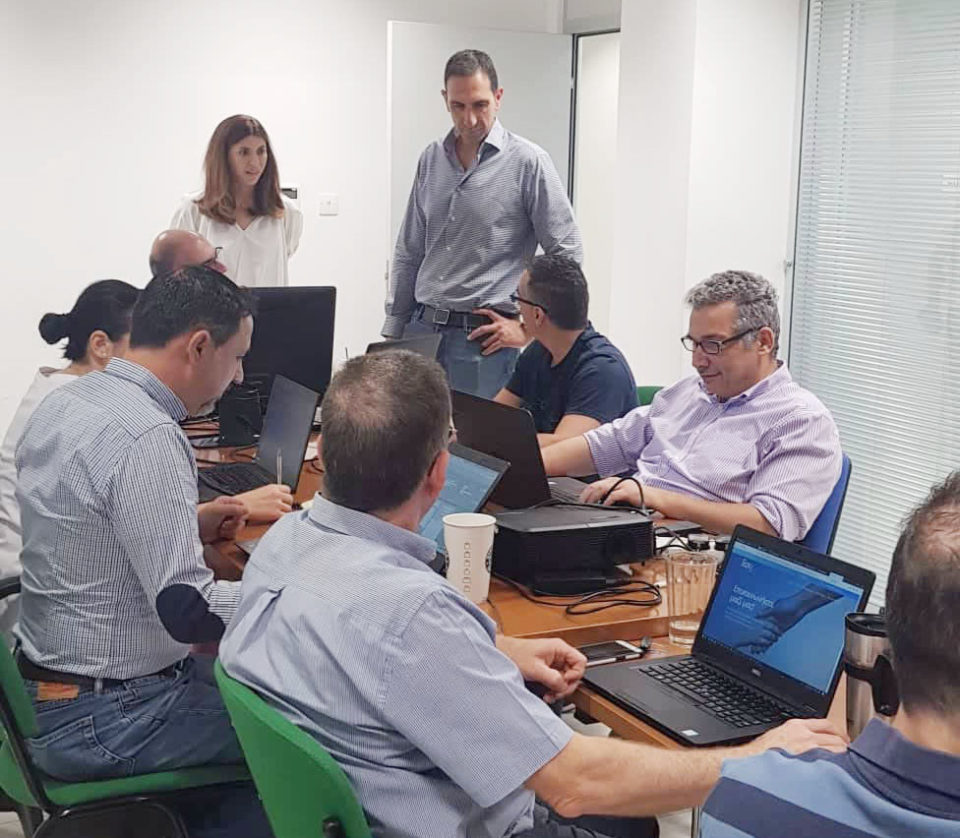 IN WHAT was hailed as an historic day by President Nicos Anastasiades, Cyprus on Saturday introduced universal health care (Gesy), in what is perhaps the biggest social reform since independence in 1960.

“A historic day has dawned for our country,” the president said in a tweet on Saturday morning. “A day that signals perhaps the biggest social conquest in the history of the Republic of Cyprus.”

“We are going forward with determination, responsibility, and patience. All the best Gesy.”

Health Minister Constantinos Ioannou said later that the first transaction was carried out at 5.15am by a GP, followed by one from a specialist.

“It is with delight that I have been informed that no problems have been observed,” he said. “Of course, because it is Saturday, the volume is not huge but with the current volume and the transactions carried out by pharmacies, it seems that so far everything is running smoothly.”

Speaking at a news conference at lunchtime, the chairman of the health insurance organisation (HIO) board, Thomas Antoniou, described Gesy as the best gift the state could give the next generations.

Antoniou said the new health system was not a single reform but many combined. It is the first time Cyprus has primary healthcare as part of a universal health system. The island is the last country in the European Union to implement a health system but is among the first to have a fully electronic one.

Antoniou said the first day went smoothly “but we will not become complacent as we know that problems could arise and we will ask for the public’s patience and support, as well as that of the mass media, asking them to contribute in the best possible implementation of the biggest social reform of the past 50 years.”

HIO director Athos Tsinontides said dozens of people had visited their GPs and pharmacies had filled many prescriptions.

Reports said pharmacies had filled over 350 prescriptions while doctors ordered some 80 lab tests.

During the first day some 600 people visited their GPs who issued 75 referrals to specialists.

Tsinontides said in the past few days there was no problem in registrations with the portal operating smoothly.

Certain issues that concern third country nationals or Europeans from other member states relate to technical matters that must be resolved in cooperation with other government departments like the civil registry, to enable them to register.

Health authorities were concerned about the performance of the IT system but Saturday went by without major issues.

Tsinontides said the Gesy programme was probably the biggest IT system ever in operation in Cyprus and already some 550,000 people are registered on it, as well as hundreds of health providers.

Asked how the organisation would handle the possible refusal of providers to get on board, as needs increased, Tsinontides said they would see how the first week goes since the needs have been covered to a large extent.

He said there was adequacy of medicines with over 1,000 offered for free, and the number of pharmacies was also ample.

The list of medicines will be updated on a daily basis, he said.

In the next few days the HIO is expected to conclude the registration of between 500 and 600 specialist doctors so no problems with supply were expected in that aspect.

Throughout the day Saturday, people shared posts on social media about how cheap their meds were under Gesy.

Victoras Papadopoulos, the director of the president’s media office, posted a photo of himself at a pharmacy where he paid €3 for meds that would otherwise cost €98. Another man paid €2 for a prescription that cost €86 previously, he said.

The first patient who needed a €220 heart ultrasound received it for free.

Political parties also welcome the introduction but a large number of ordinary people posted their thanks to former health minister George Pamboridis who is widely credited with the success of pushing the system through amid a hostile environment created by its opponents.

“Welcome my soul! Have a good Gesy fellow humans,” he tweeted.