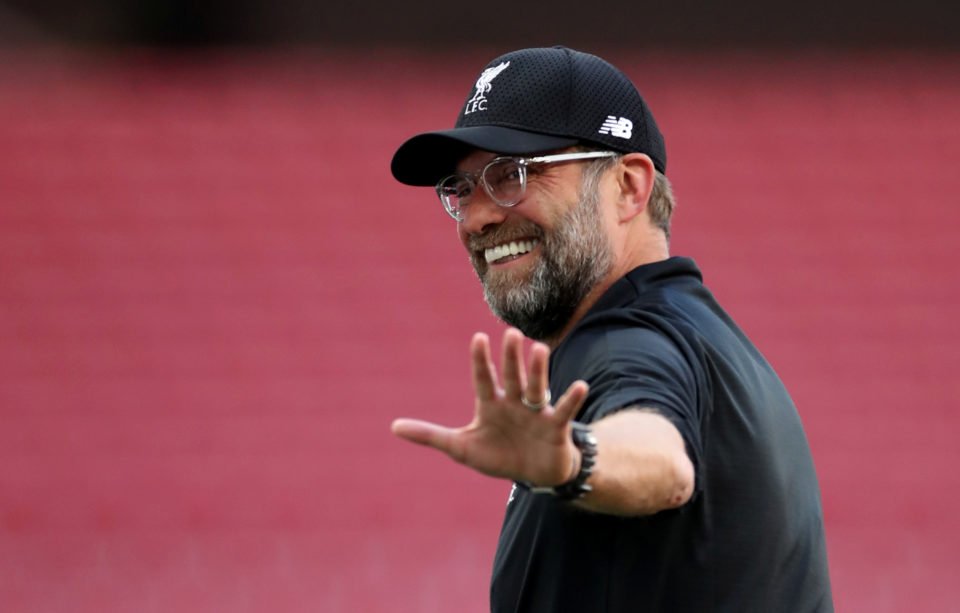 Liverpool coach Juergen Klopp is looking to put right a dismal personal record of six straight defeats in finals when his side take on Tottenham Hotspur in Saturday’s Champions League showdown on Saturday but the German has dismissed suggestions he is unlucky.

Klopp’s worrying trend in finals began when his Borussia Dortmund side lost an all-German Champions League final to Bayern Munich in 2013, while he lost the biggest game in club football last year when Real Madrid beat Liverpool 3-1.

In between those disappointments he lost two German Cup finals with Dortmund, to Bayern and Wolfsburg, as well as a League Cup final to Manchester City in his first season with Liverpool and the Europa League showpiece to Sevilla.

“Since 2012, apart from 2017, I was with my team in a final. Sometimes by luck, but in the last seven years I am a world record holder in winning semi-finals,” a smiling Klopp told a news conference.

“There can be moments that are unlucky and lucky, but I cannot change that. I understand luck… if you work for it, then you get it from time to time.

“If I was the reason for losing six finals in a row then everyone should worry! If not, we have a chance.”

The affable Klopp poked more fun at his poor record in one-off matches by jokingly suggesting that UEFA directors proposing changes to the Champions League could consider awarding the trophy to semi-final winners.

Klopp has a full squad at his disposal after he confirmed forward Roberto Firmino had fully recovered from a muscle injury which has kept him out of action since May 1.

Fortune certainly seemed to desert him last year against Madrid when his side lost talisman Mohamed Salah to injury and conceded two goals due to woeful errors from goalkeeper Loris Karius, but he believes his team are stronger this time around.

Bolstered by a more reliable keeper in Brazilian Alisson and with the added power of midfielders Fabinho and Naby Keita, Liverpool picked up an astounding 97 points as they finished runners-up in the Premier League.

They have also beaten European heavyweights such as Bayern, Paris St Germain, Napoli and Barcelona on their way to the final.

“It was three strange goals which we don’t usually concede but we accepted it and we’ve learned a lot since then, last year’s final was like a starting point for the next step,” he said.

“We have become a completely different team, we had to develop our approach, our tactics and look at how to behave in different situations.

“We still have fantastic football games, the boys made this step, that’s the reason for 97 points. They’ve been really consistent and tomorrow we should be consistent again.”

Character the key during Tottenham’s crazy path to final – Pochettino