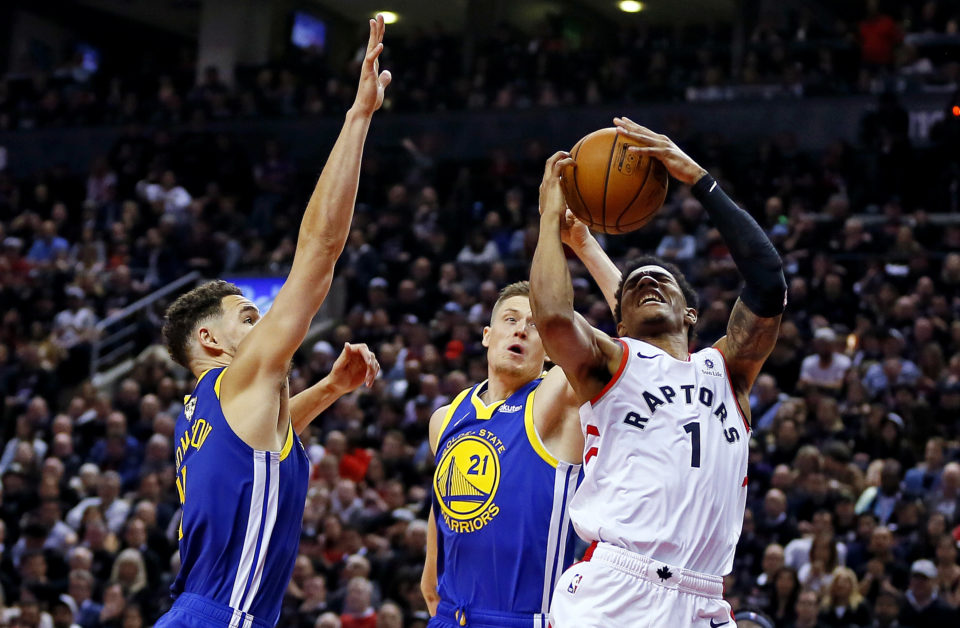 The Toronto Raptors scored an impressive win over the two-times defending champion Golden State Warriors in the NBA Finals opener and are now preparing for what could be a mighty response.

Golden State’s bid for a fourth title in five years did not get off to the start they had hoped and while Toronto may feel good about their chances in the best-of-seven series they know they have plenty to improve on to clinch a maiden championship.

“We know that after a win the team that gets beat gets really determined. They try to fix things. They mostly play a lot harder and more physical and all those kind of things,” Raptors head coach Nick Nurse told reporters on Friday.

“And for us, we just had a lengthy, lengthy film session. There was plenty on there that we need to do better if we want to win another game in this series.

“So we have to fix those things and get ready to play a game. And treat it as a game, one game.”

Nurse, whose team on Thursday won the first NBA Finals game ever held outside of the United States, said the Raptors will now have to deal with the challenges of getting back to business after experiencing the highest of highs in the series opener.

According to the first-year coach, the task for the Raptors starts with transition and doing all they can to make sure the Warriors are forced to play against a five-man defense, which he feels can guard effectively when done right.

“But again, it starts with your defense has to get set up, and this (Warriors) team plays really fast.”

One player the Raptors will not have to worry about for at least one more game is twice NBA Finals Most Valuable Player Kevin Durant, who has been ruled out of Sunday’s contest with a calf injury, but the Warriors have plenty of other weapons that can take over a game.

The Raptors, however, have their share of weapons too, including Cameroonian forward Pascal Siakam, who rose to the occasion with a breakout game on Thursday in which he scored a career-playoff-high 32 points.

The timely emergence of Siakam, whose point total was the highest in an NBA Finals game by an NBA G League alumni, gives the Raptors one more weapon should the Warriors manage to keep both Kawhi Leonard and Kyle Lowry in check.

“He’s been given a God-given ability of having a big engine with lots of energy that enables him to play with a certain speed, athleticism, and enables him to work very hard every single day,” said Nurse.

“That motor he’s been given, he’s using that to the best of his ability. He soaks up things. He takes it to the court. He works, works, works. He takes care of himself. He’s really got a burning desire to be a very, very good player in this league.”

Police crackdown in the old town of Nicosia

Sir Philip Green charged with assault in US