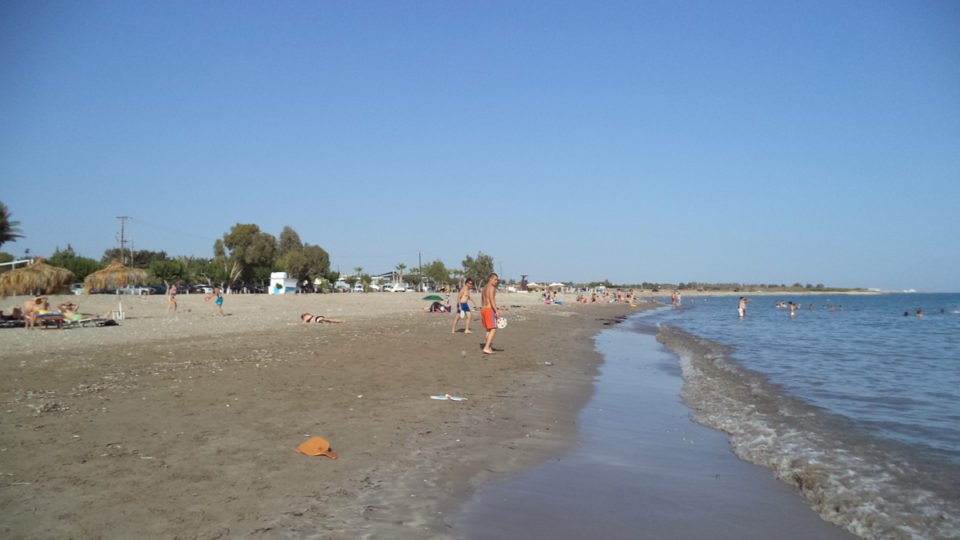 The finishing touches are being added to the new beach bars in Yeroskipou that will open next week, according to the mayor.

The municipal beach is undergoing a massive facelift and is ‘unrecognisable from last year, mayor of Yeroskipou, Michalis Pavlides told the Cyprus Mail.

“We are investing a large amount of money in the area which is much needed and this is important to do, we will continually upgrade the area and keep it clean as well,” he said.

The tenders for the new beach kiosks were awarded last year following their completion by Psomas studio of architecture, but faced a number of issues which delayed their opening.

“The pavilions (kiosks/ beach bars) were finished almost a year ago, but the interiors weren’t ready I believe and the new owners didn’t have enough time to get everything done in time,” architect, Konstantinos Psomas told the Cyprus Mail.

The architect studio took over the project when it was ‘reactivated’ after being put on hold following the financial crisis a few years ago, and although the main layout had already been completed, they added their own touches.

“We wanted the buildings to look iconic and similar to each other and fitting of such a substantial beach.”

There is a continuity between them and the interiors are similar but sport different colours, one yellow, one gold and one more brown, he said.

There are two main areas to the beach bars, the first houses the bar, coffee area and kitchen and the second, public showers and toilets. These have perforated designed panels which allow privacy but also permit ventilation and light at the same time.

The first is at ‘Riccos’, with the second 250 and the third 300 metres further along the beach.

In the future, the municipality will add another two kiosks along the stretch, they have already rented the space from the government.

The mayor added that three new lifeguard towers have been created on the beach and fourteen lifeguards will be responsible for manning the beach during the summer months, he said.

“They will be working from 8am until 7pm and this is good as many people like to swim at all different times of the day.”

Pavlides said that the upgrade will help to attract even more visitors to the long stretch of beach and around 10,000 visitors are expected at weekends. The mayor said that previous visitor number stood at around 4,000 to 5,000 or so at summer peak time weekends.

The municipality are operating sun beds and beach umbrellas and expect to generate an income from this of around 200,000 euros a year

The wider upgrading project which includes roads, parking, planting hundreds of indigenous trees and a children’s play area comes with a €2m price tag, the cost of which is being covered by the municipality.

“We are also waiting for the Cyprus sports association, to put in some gym equipment which I believe will be completed this year,” he said.

The stretch of Yeroskipou municipal beach has the official name of Aphrodite beach and it has a long history. The name Yeroskipou derives from the classical Greek ‘Hieros Kipos’ meaning ‘Sacred Garden’.

Our View: The reaction to Kizilyurek’s election is not encouraging