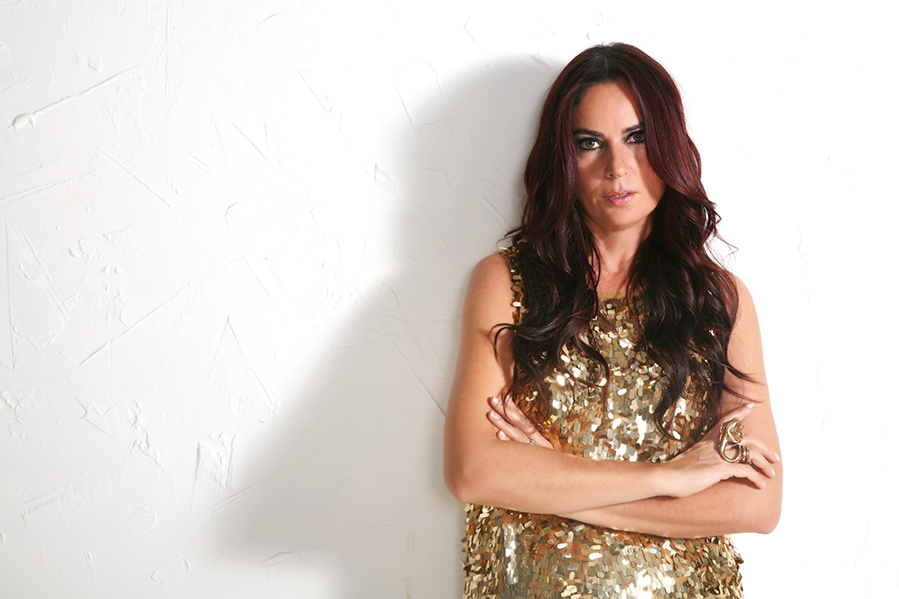 For someone who is in the business of making the beautiful look even more beautiful, glamorous Aida Bergsen is probably one of this island’s best-kept secrets.

Very few Cypriots from either side are aware that this hugely talented jewellery designer was born in north Nicosia, the city she loves with a passion and returns to frequently.

Istanbul-based and internationally acclaimed, Bergsen’s elaborate colourful pieces are sold mostly in the high-end establishments of New York, Paris and London. Her earrings can start from around $1,500 and necklaces up to $10,000.

Last year her work was featured in Juliet Weir de La Rochefoucauld’s book “Women Jewellery Designers” placing her among such design luminaries as Coco Chanel, Suzanne Belperron and Paloma Picasso. In March, her latest collection “Convolvulus Sepium”, which was inspired by the popular Mediterranean Wild Morning Glory plant, went on display in New York’s renowned Bergdorf Goodman Fifth Avenue store, while it is currently being exhibited at the Las Vegas Couture Show

For her intricate jewellery pieces, Bergsen usually finds inspiration in nature’s surroundings as well as the beauty of the two cities closest to her heart, metropolitan Istanbul and old Nicosia.

The Wild Morning Glory collection is based on her childhood in the Koskluciftlik neighbourhood, which lies just outside Nicosia’s old town, and is noted for its many villas and magnificent large gardens.

“When I start working on a new project the first thing I do is connect with my emotions. My approach to my work is very personal, very sincere,” Bergsen tells the Sunday Mail.

“Losing my father while living away from Cyprus – the fact I wasn’t here with him when he died – was very painful for me. The loss is something that still hurts me deeply. The creation of the Wild Morning Glory pieces stems from this ache and my childhood memories of this flower growing everywhere on the island. They are so delicate and fragile but at the same strong and resilient and they spread so fast. They cover everything. I thought maybe they will also somehow help heal my wound …”

Bergsen says she was very close to her father, the well-known Turkish Cypriot artist Fikri Direkoglu. “He graduated from Goldsmith College in London and then went on to study art in Paris. He was a role model for me. I always knew I wanted to study in France because he had studied there.” 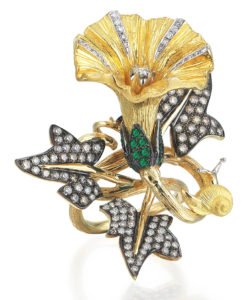 Bergsen indeed went to study in Grenoble but, surprisingly, chose administration as her subject rather than art. If illness can be serendipitous, she lucked out, going down with a case of chicken pox that prevented her from taking her first-year exams. As a result, she was forced to switch courses. She instead studied French, becoming a language teacher. The French connection also resulted in her meeting Selim, her future husband, in Grenoble, an encounter that eventually led to her move to Istanbul.

“The year was 1986 and I very quickly discovered that teaching was not my thing,” she recalls with a smile. “I wanted to do something using my hands so I took up ceramics. Not long after, I moved on to sculpture at the studio of the very good figurative artist, Irfan Korkmazlar.” After that, she began attending classes at Marmara University.

Bergsen was quick to realise that what interested her most in creating sculptures was not the transfer of her ideas from clay to bronze but the other stage of the sculpturing process called lost-wax casting.

“People don’t pay too much attention to this technique but I found it most interesting. Wax is very special. It listens to you. It obeys you. You work with wax and there is a response that you don’t get from other materials,” she explains.

Realising that she had found her medium and wanting to work more with wax, Bergsen was quick to learn that jewellery making was the one branch of the arts that you might say waxes lyrically and extensively. Once more, she switched interests and was soon on track to her real vocation.

She met Mehmet Kabas, a founder of Urart, one of the first Turkish jewellery companies to establish a global reputation and clientele for the pieces it created inspired by Byzantine, Ottoman and Selcuk designs, but using modern twists and fine materials. Soon Bergsen was creating jewellery herself.

“Wax is one of the most primitive ways to create jewellery,” she explains.

“At first you create wax models and then transform them into precious metals. Working in wax makes a huge difference because it allows you to create very complicated, intricate patterns so pieces are often one-of-a-kind. Most jewellers nowadays use mass-production techniques. My pieces are artisanal and are all hand-made.”

Living in Istanbul, site of one of the world’s largest and oldest bazaars or covered markets, Bergsen had an idea that proved a stroke of genius. “I went on a mission to find the best, most traditional goldsmiths in the Grand Bazaar and started working with them on transforming my creations into reality,” she says.

Nowadays she has a trusted network of such master craftsmen all over Istanbul’s Sultanahmet and Fatih districts. And her workshop is close by so she can easily liaise with them at any time.

But, I ask, being a woman, wasn’t it difficult to start an endeavour like this working with traditional craftsmen?

“Yes, of course at the beginning, it was very difficult because they wouldn’t take me seriously,” she admits.

“But now after 20 years, things change. I can see they pay attention to what I tell them and they accept it. I feel very lucky I can work with them. The skills they have are becoming extinct. Today the whole production process has become more and more fragmented: one guy knows how to polish the metal, another – how to set a diamond, and yet another – how to make enamel… but these old masters – they can do everything…”

“So nowadays my work is different from when I started and was doing almost everything myself,” Bergsen continues.

“One can only marvel at this artist’s portable landscapes: enchanting naturalistic worlds, each encompassed in a miniature dimension. Snakes, lizards, frogs, swallows and flies frolic among minute flowers and leaves, sometimes overlooking the mysterious depths of a pond evoked by smoky quartz. Somehow these meticulous recreations of flora and fauna evoke the katabori netsuke tradition, albeit in their own way with precious metals (rose, yellow or blackened gold, bronze, oxidized silver) and gems (including rose- and round-cut diamonds, sapphires, opals, emeralds and rubies).”

Bergsen shows me photographs of some of her works and I comment on how they are all a beguiling mix of the delicate and the bold – eye-catching petal and leaf-like renditions that match nature’s subtlest and supplest shades and shapes.

“Yes,” smiles Bergsen, “I like to emphasise the difference between light and shadow. I take my inspiration from everything that surrounds me – Istanbul and its mixture of cultures, Ottoman laces, architectural details of old Nicosia, nature… I feel my life is just in the middle of East and West and I want it to stay this way because it keeps my eyes wide open, and it is really incredible. My ideas are constantly evolving. One life is not enough to cover all that we see.”