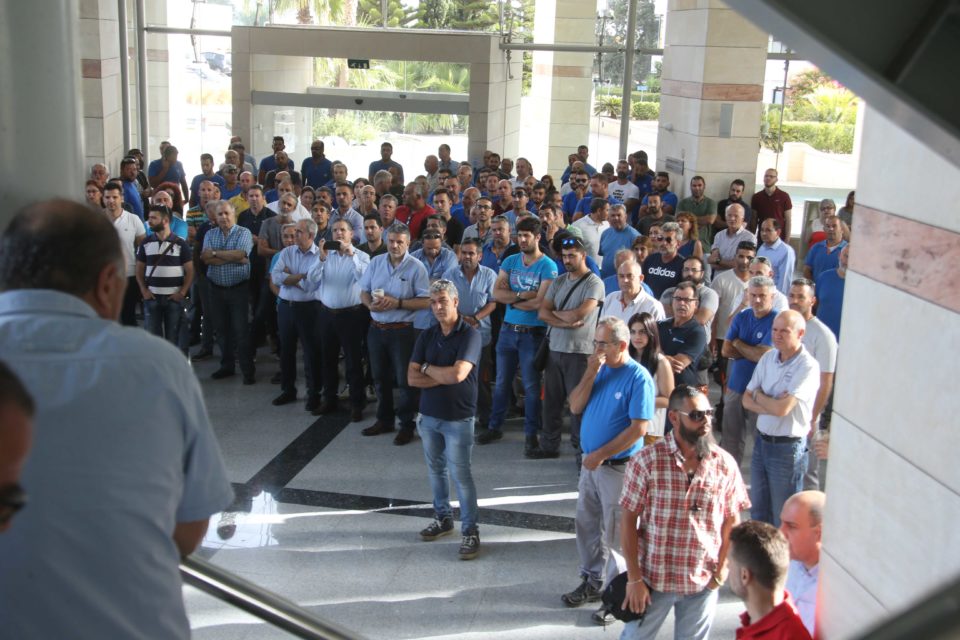 Unions of staff at the electricity authority (EAC) will meet again on Monday and have said they will not rule out taking measures.

Speaking to state broadcaster CyBC, officials said they are responding to statements made on Saturday by EAC head Emily Yiolitis, who said a dialogue would only be followed if unions withdrew lawsuits they filed against members of the board because of its refusal to comply with a court decision to reverse pay cuts imposed in 2012 as part of an austerity drive.

They said her comments had caused outrage.

Unions have filed private criminal cases against the entire EAC board for contempt of the administrative court after it refused to grant them pay increases as a result of the decision that annulled the measures.

But the state is appealing that court decision, and wants to freeze the payment of any such compensation until a final judgment is delivered by the supreme court.

EAC workers want the compensation to be paid to them now.

The unions said Yiolitis’ comments were not the accepted way to carry out a dialogue.

Union leaders on Friday met President Nicos Anastasiades after the workers threatened to go on strike over pay and other demands that the management is unwilling to satisfy.

They made it clear after the meeting with Anastasiades that the issue of regulating strikes in essential services as a government response, had not been mooted as reports had suggested beforehand.

Big brother is watching: the rise of electronic surveillance