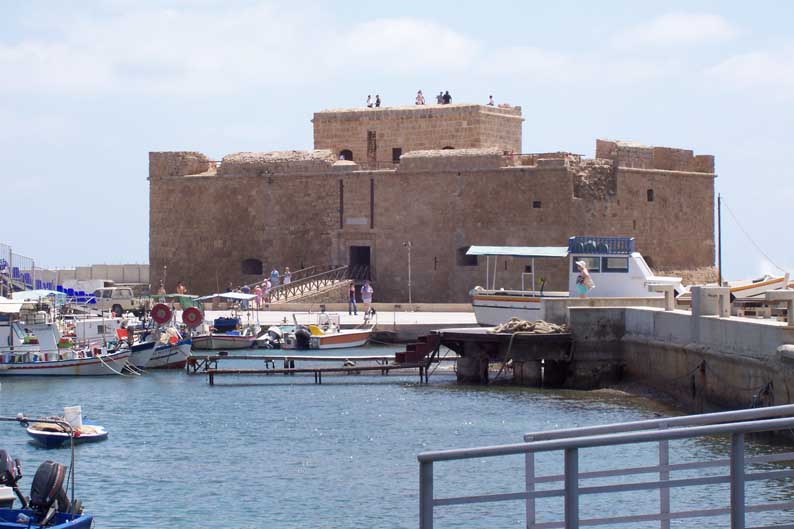 The mayor of Paphos has vowed to plough ahead with plans to construct a new jetty close to the castle at Paphos harbour that would allow cruise ships to dock there, despite protests from the Unesco office in Cyprus.

Last week, the Cyprus commission of the UN’s Educational, Scientific and Cultural Organisation (Unesco) said that a heritage impact study should be undertaken first to prevent irreversible destruction to the Unesco world heritage site that covers much of this part of Paphos including the harbour.

“Constructing something in the area is against Unesco requirements and it could mean that the area, or parts of it could be withdrawn from the Unesco list completely and that is not something we want,” a spokeswoman for the Cyprus national commission for Unesco in Nicosia told the Sunday Mail.

But mayor Phedonas Phedonos hit back, saying only the local Unesco commission is demanding the impact study, not the parent organisation, and they were doing so only to support “friends at the antiquities department”.

Phedonos and the antiquities department have been at loggerheads several times in the past, most recently over the mayor’s criticism of the department for the long delays in reopening the revamped public museum in Paphos.

“The commission are giving their support to the antiquities department it seems, but we are going ahead with our plans to construct a jetty in Paphos and next week we will hold a meeting with the port authority and the minister of transport and public works to see how we can proceed,” he said.

Around four years ago, the Cyprus Ports Authority (CPA), at the request of the Paphos chamber of commerce (EVE), the municipality and other interested parties, recruited a consultant to prepare the feasibility study for the construction and operation of a wharf/jetty.

High winds in the Paphos area prevent cruise liners from docking there. A jetty would allow the vessels to dock, boosting tourist traffic to the area and the island in general, according to supporters of the project.

The proposal included a new jetty, seawards, away from the castle, of around 340 metres, which would allow for one ship to berth at a time.

The study said it would take around one year to complete and would include two different types of piled constructions, the first with vertical columns and a bridge on top, which would allow for passenger access and the second, a different type of piled structure, which would hold the berthed ships.

The study found that it would cost around €7m, which the ministry of communications and works and the CPA considered too expensive.

However, Phedonos said the project could be completed for far less, if the company undertaking it isn’t ‘too greedy’.

“Previous estimates were not serious. It will cost 4 to 5 million euros maximum. In general, the council also supports this idea,” he said.

The Cyprus Unesco commission spokeswoman said that the facility was unnecessary because Limassol already has facilities for cruise ships. Paphos, she said, is a different sort of place and a jetty near the castle would adversely affect the cultural heritage of the entire region.

“Such areas should be promoted in a sustainable way with respect for the cultural values of the area,” she said. “This should be the case for any works that may alter the character of the property and in this case, the entire region, as it’s not just one monument.”

The Paphos Unesco park, which includes huge swathes of Kato Paphos, includes the remains of villas, palaces, theatres, fortresses and tombs: all of exceptional architectural and historic value. The mosaics of Nea Paphos are among the most beautiful in the world.

“There is criteria in place and it includes preserving the authenticity and integrity of the monument and the surrounding area, which must be protected from interventions that may alter the specific nature of the site,” she said.
She added that Unesco does not object to development in places of cultural and natural heritage, but encourages the harmonious coexistence of man with the environment and cultural monuments.

Last week the Association of Cypriot Archaeologists also expressed its concerns over the proposed new jetty, aligning with the Department of Antiquities and the Unesco Cyprus office.

“The aim is the protection and promotion of the archaeological park of Kato Paphos.This is an area where the main attraction is the mediaeval castle,” they announced. “The construction of a pier for cruise ship reception automatically removes the picture and its unique character.”

They added that the view of the castle would be spoiled by the large sized cruise ships that would dominate the harbour and that the estimated arrival of thousands of tourists requires the creation of appropriate reception facilities.

Also, docking large boats in the harbour would disrupt the antiquities that are located on the sea bed, they noted.

“These all contradict the commitments made by Cyprus to respect a particular monument, which is part of Unesco’s cultural heritage list and EU and the European Landscape Convention ratified by Cyprus in 2006.”

But the proposed new jetty has its supporters at EVE and other parties operating in the tourism sector. They say that the project is worth the investment and will elevate Paphos’ tourist product, boost the local economy and create more jobs.

“Only one ship at a time will be able to use the new facility and it will massively improve accessibility for tourists wanting to come to Paphos,” Phedonos said.

President Nicos Anastasiades on Friday night suggested including the pier in the Paphos marina project to ensure it was built as soon as possible.

“Instead of starting a row with the antiquities department, or whether it should be done at the small harbour, etc, if we want to get the project done soon let it be included in the marina if that is possible,” Anastasiades said. “It will be a way of completing it as soon as possible.”

The president said that was something local authorities must discuss and decide along with the ministry of tourism.

The ministry has put the process of announcing a new competition for the construction of a marina 13 years after the first one, which was cancelled at the end of 2018.

Uphill battle to curb the zealots of darkness