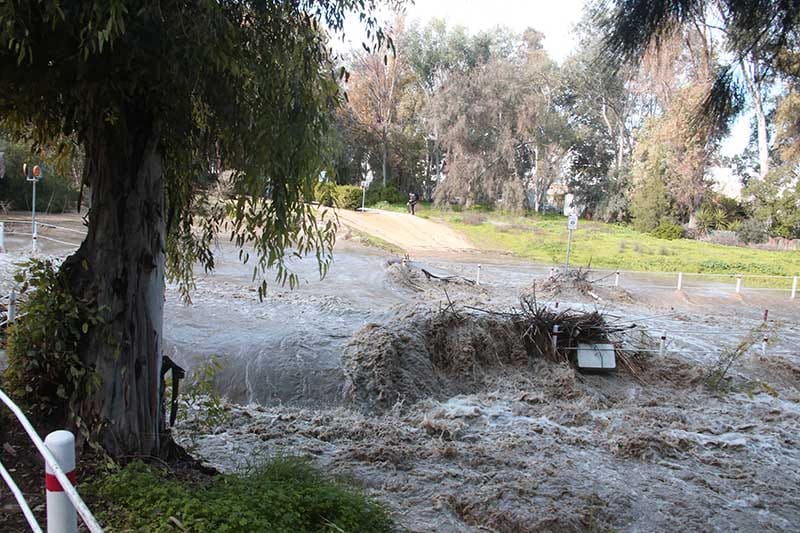 ALTHOUGH a sewage spill into the Pedieos river last Friday has been rectified for the most part, questions have arisen as to how pipes that are only ten years old sprung a leak in the first place.

The Nicosia Sewerage Board (NSB) is just as concerned by the spillage of raw sewage water into the Pedieos as anyone else, the organisation’s deputy director has told the Sunday Mail.

Crews from the board were able to repair the pipes carrying the waste on Monday after a leak last Friday in the Archangelos area in Lakatamia, spilled the contents in the riverbed. Works are now focusing on reversing the environmental damage.

Local residents have been complaining of the foul smell and proliferation of mosquitoes in the area around the riverbed, which is a popular site for walkers. This was the second such spillage this year as another occurred in February near the same area.

Lakatamia mayor Fotoula Hadjipapa raised the question of how was it possible for pipes that were only ten years old to be damaged so badly, and why were the pipe’s materials would be so sensitive to corrosion from the waste they carried.

According to the deputy director of the NSB, Savvas Hadjineocleous, the spillage occurred when the pipes carrying sewage to the Anthoupolis treatment plant, burst.

“It was a similar to an occurrence last February,” said Hadjineocleous.

He said between 4,000 and 4,500 cubic metres of waste spilled into the riverbed near Paeek FC’s football pitch in Lakatamia and travelled around two kilometres downstream.

“Naturally, we are not pleased about leakages of human waste into the river like the next person,” he said.

Hadjineocleous said crews worked to restore the damage over the weekend and replaced the damaged pipes. The spillage stopped on Monday when all pipes were repaired, he said.

The NSB is now looking at how the pipes were damaged.

“The pipes are not old and this is something that troubles us,” Hadjineocleous said.

He added the NSB would investigate the possible reasons, while there have been suggestions of an indepth probe into the whole matter.

But Hadjipapa, citing experts of the environment department, said the problem was due to damage to the pipes caused by corrosive oils created by hydrogen sulphide produced due to interaction with the materials used in the pipes.

This raised questions as to why pipes were used that are so sensitive to corrosion by these substances, she said.

“We are concerned because this is the second such incident within such a short period of time,” Hadjipapa told the Sunday Mail.

She added that the NSB ought to replace all the pipes made of this material to avoid similar incidents in the future.

“As residents, as in all other areas, we are still paying for the construction cost of the sewage system and we will continue to do so until 2033,” she said. “We demand the quality of life we deserve.”

Hadjipapa said that the environment department would spray in the affected area to prevent mosquito infestation and contain the stink.

Hadjineocleous said that the ecologic damage to the area was not irreversible.

Crews from the NSB have been pumping the spilled waste from the river in cooperation with the environment department, he said.

As for the waste that has already been absorbed by the soil, he said nature would restore the balance over time.

Bank consolidation in Cyprus is inevitable

Five-month-old died from dehydration and fever