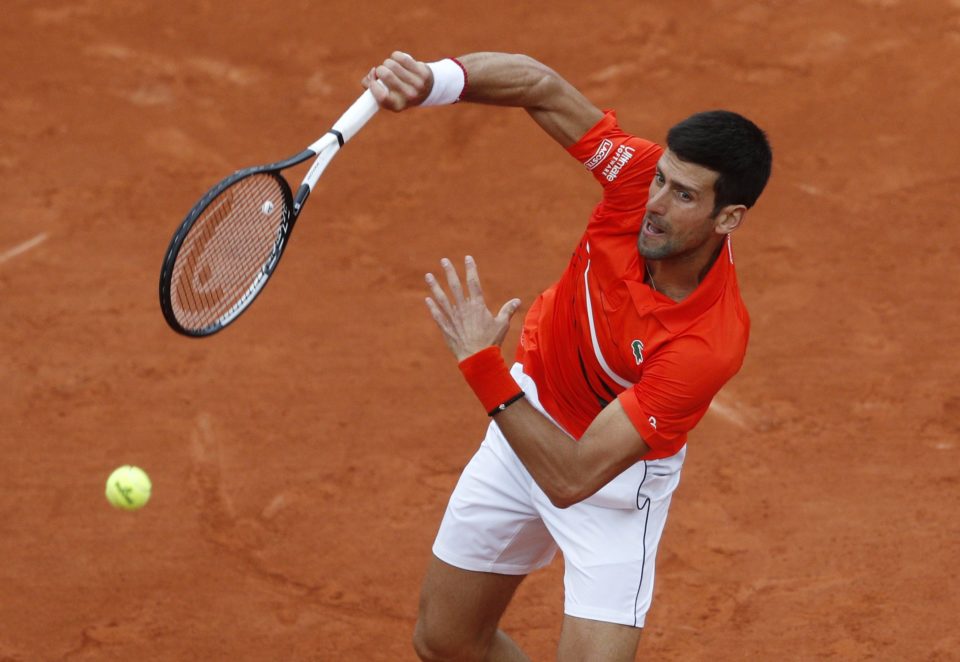 Novak Djokovic is bidding to become only the second man to hold all four Grand Slams simultaneously twice, having first achieved the feat three years ago when he won his only French Open title

Top seed Novak Djokovic’s untroubled progress continued at the French Open as he chalked up a fourth successive straight-sets victory on Monday, this time outclassing Jan-Lennard Struff to reach the quarter-finals.

His 6-3 6-2 6-2 defeat of the 45th-ranked German means Djokovic is the first man to reach 10 successive quarter-finals at Roland Garros — a feat even Rafael Nadal has not achieved.

Struff was bidding to reach his first Grand Slam quarter-final and provided some early resistance in drizzly conditions on Court Philippe Chatrier.

Djokovic had an early chance to break in the second game but Struff won a fierce baseline rally to avert the danger.

It felt like only a matter of time before Djokovic moved up a gear though, and in the seventh game he brought up two more break points with a stunning backhand passing shot.

He duly converted with a smash after softening up Struff with a series of punishing groundstrokes into the corners.

After holding serve to take the opening set, Djokovic rolled through the next two in cruise control, making only 11 unforced errors in the one hour 33 minute workout.

He will face either Italian Fabio Fognini or German’s Alexander Zverev in the quarter-final.

Djokovic is bidding to become only the second man to hold all four Grand Slams simultaneously twice, having first achieved the feat three years ago when he won his only French Open title.

In other early action on Monday, Kei Nishikori extinguished the hot-headed Benoit Paire’s fiery challenge to book his place in the quarter-finals with an error-strewn 6-2 6-7(8) 6-2 6-7(8) 7-5 victory.

Local favourite Paire’s focus, or lack of, was the key to a match that was interrupted by failing light on Sunday, as the Japanese seventh seed set up a meeting with 11-time champion Rafa Nadal.

The match resumed on Court Suzanne Lenglen at two sets to one, with Paire taking command in the fourth with an early break.

He then wasted a chance to get another break and Nishikori eventually forced a tiebreak only to get tight-armed, wasting two match points on serve before handing a set point with an ugly double fault.

Paire, who hit a woeful 79 unforced errors — including 16 double faults — this time converted.

He went 3-1 up in the decider as Nishikori continued to lack consistency, then 5-3 up with another break immediately after himself handing a break to his Japanese opponent.

Serving for the match, however, Paire dropped serve, and then did so again to allow Nishikori to lead 6-5 with his service to come.

This time, Nishikori delivered to reach the Roland Garros last eight for the third time, although his display suggests he is unlikely to progress further, with Nadal resting on his 33rd birthday on Monday.

What’s Eaten Where: Republic of the Congo

Iraq sentences two Frenchmen to death for IS membership