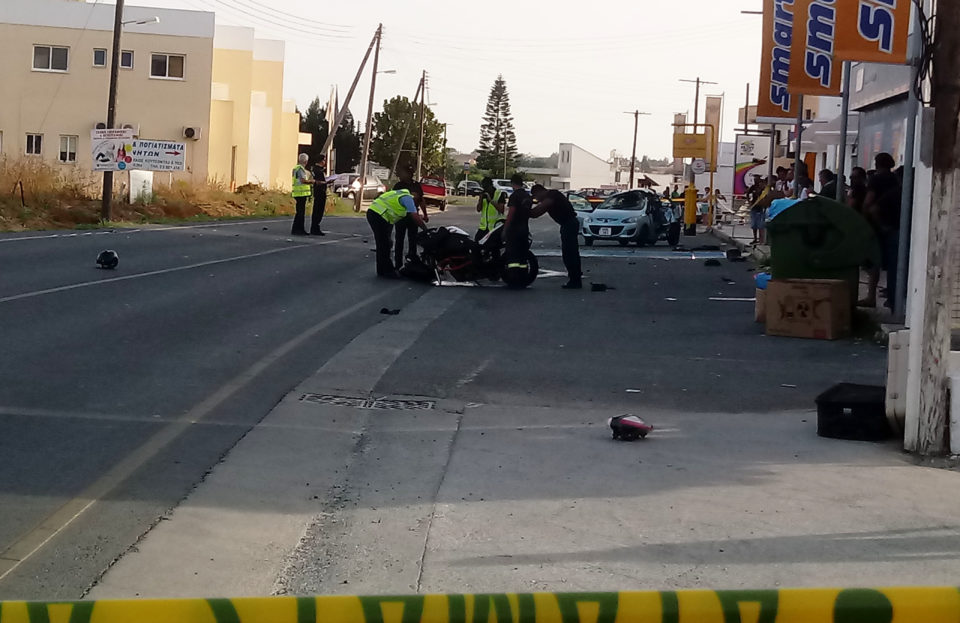 Police have arrested a 55-year-old man involved in a fatal accident which happened on the road from Sotira to Paralimni on Sunday afternoon.

Kyriakos Kavasis, 32, a resident of Sotira, was killed in the crash at around 5.15pm.

The motorbike he was riding collided with a car driven by the 55-year-old man coming from the opposite direction who cut off the bike when he attempted to turn right.

The biker was pronounced dead upon his arrival at Famagusta general hospital.

The 55-year-old was initially also taken to hospital as a precaution but was later arrested.

Kavasis was the third person to die on the road in a period of 24 hours, following the death early on Sunday morning of a teenage motorcyclist in Limassol and a crash in Paphos on Saturday afternoon in which a 36-year-old woman lost her life.

Congress of Cyprus organisations in US to address arms embargo