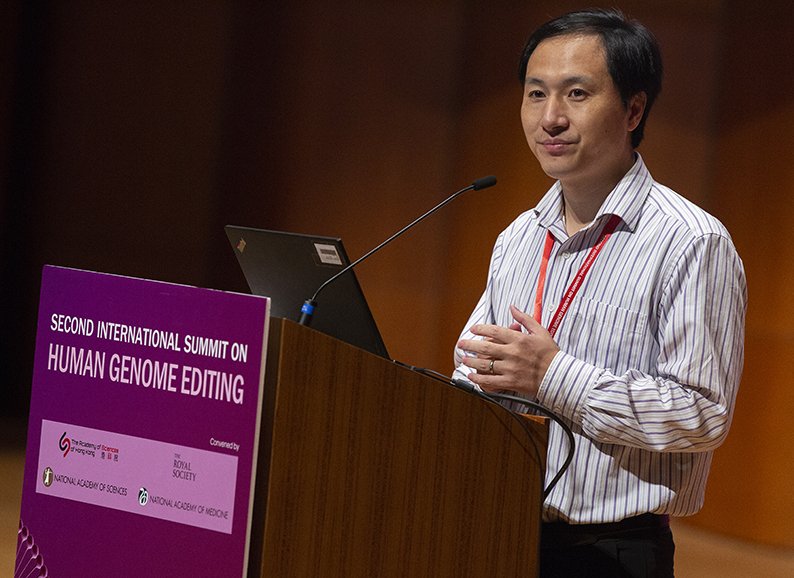 A rogue Chinese scientist who caused outrage last year when he said he had created the world’s first “gene-edited” babies in an attempt to protect them from HIV may also have put them at risk with a “foolish” choice of gene, experts said on Monday.

He Jiankui, then an associate professor at the Southern University of Science and Technology in Shenzhen, China, sparked an international scientific and ethical row when he said he had used a technology known as CRISPR-Cas9 to alter the embryonic genes of twin girls born in November 2018.

He said he had targeted a gene known as CCR5 and edited it in a way he believed would protect the girls from infection with HIV, the virus that causes AIDS.

But in a study published in the journal Nature Medicine on Monday, scientists found that people who have two copies of a so-called “Delta 32” mutation of CCR5 – which protects against HIV infection in some people – also have a significantly higher risk of premature death.

The researchers, Xinzhu Wei and Rasmus Nielsen of the University of California, Berkeley, said their findings showed the unintended consequences of introducing mutations in humans.

Robin Lovell-Badge, a leading geneticist and the organiser of a conference where He Jiankui made his revelation, said the results showed the Chinese scientist “was foolish to choose CCR5 to mutate in his attempts at germline genome editing”.

“We simply do not yet know enough about the gene,” said Lovell-Badge, a professor and gene expert at Britain’s Francis Crick Institute.

He Jiankui could not immediately be reached for comment.

Other specialists agreed the findings underline a need for extreme caution when considering possible human applications of gene editing technologies.

“This study should act as a stark warning that manipulation of the human genome with the aim of reducing susceptibility to specific diseases is not without considerable risk,” said Andrew Freedman, an infectious diseases expert at Cardiff University.

The Berkeley team’s study analysed genotype and death register details from more than 400,000 people registered at the UK Biobank – an database of health and genetic information.

Chinese authorities immediately denounced He when he made his claim last year, and issued a temporary halt to research activities involving the editing of human genes. He was fired after a subsequent Chinese health commission investigation found he had “deliberately evaded oversight”. (Reporting by Kate Kelland; Editing by Andrew Cawthorne)

Thiem tames Monfils to advance into last eight in Paris

Pompeo says US trying to level the playing field with China

How to increase your fertility