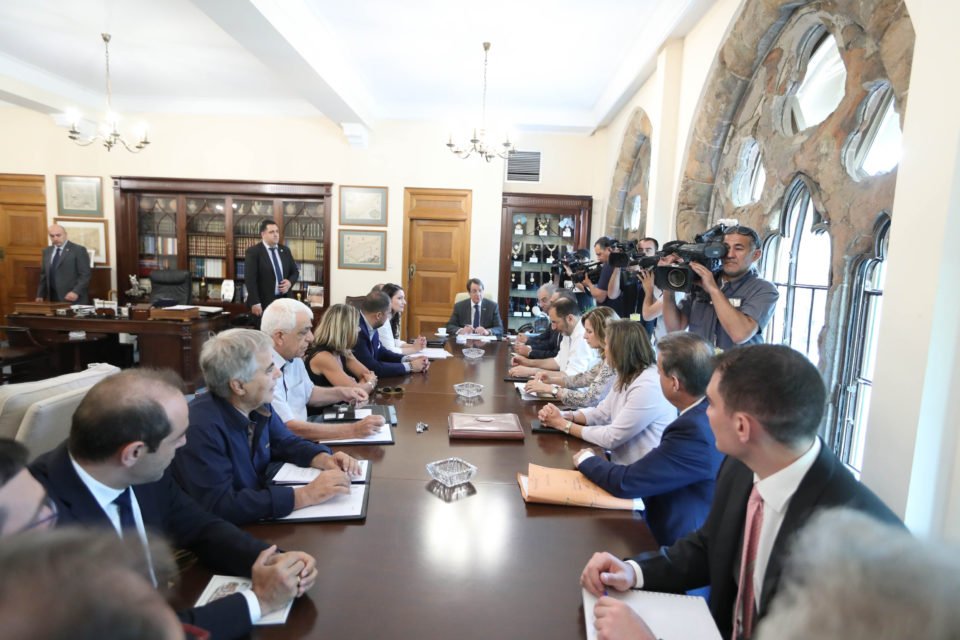 Authorities on Tuesday gave reassurances that works for the construction of the new Limassol football stadium are going smoothly during a meeting with President Nicos Anastasiades following reports about problems.

Government Spokesman Prodromos Prodromou said after the meeting at the Presidential Palace construction of the new stadium, that will be home to local teams Apollon, AEL and Aris, continues. The Cyprus Sports Organisation (KOA), he said, has given solutions to the problems that were presented.

Prodromou said Anastasiades “has personal interest in the project” and convened the meeting after being concerned by reports citing problems that could see costs skyrocket.

According to recent reports, it has been discovered following a geological study that the subsoil in part of the stadium is problematic due to the existence of construction rubble dumped there in the past but also the underground is generally unstable.

A massive amount of it had been dumped at the site where the stadium is to be erected rendering it unstable. The rubble came from construction while soil was also discovered in addition to concrete. This means that costs could skyrocket to tackle the problem, reports said.

Prodromou said that Anastasiades wanted to help to ensure works carry on.

“It is very important for Limassol to have its own stadium and despite the problems that have been presented, through the solutions KOA has given, the project will carry on,” Prodromou said.

KOA board chairman Andreas Michaelides said later that solutions have been given to the problems, which “are manageable’”

“The problems were mainly technical ones. They concerned the rubble found there and, of course, there is a solution, but also some issues concerning the studies which we believe have been resolved,” Michaelides said.

He said there would not be an increase in costs.

Reports said that the project’s surveyor suggested the construction of a two-story parking space under the stands so that the foundations stand on solid ground. There has been no confirmation however of the reports, nor did Michaelides elaborate on what the solution was.

Works for the construction of the new football stadium started in February. The stadium, dubbed as the ‘Limassol Arena’, costing around €28m is due to be completed in 28 months with the first match taking place in the summer of 2021. The government already leased the land to the three clubs which were to take a loan from a bank and the government would repay.

The project was initially delayed because the stadium had to be redesigned to meet European football governing body UEFA’s Champions League specifications.

At present, all three clubs use the Tsirion stadium near the Ayia Phyla junction as their home ground that has had its share of structural problems, insufficient capacity and is located within a residential area, causing problems and damage to properties whenever football fans get riotous.