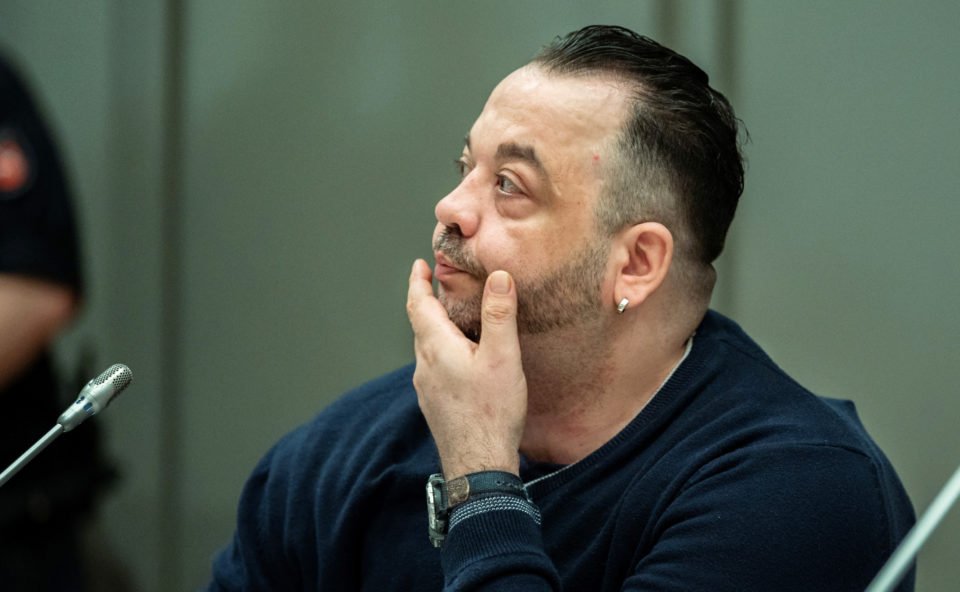 Niels Hoegel, accused of murdering 100 patients at the clinics in Delmenhorst and Oldenburg, attends his trial in Oldenburg, Germany

A former nurse on trial over allegations that he killed 100 patients at two hospitals in Germany has apologised to his victims’ relatives in a final statement to the court.

Niels Hoegel, 42, said he realised how much pain and suffering he had caused with his “terrible deeds”.

“To each and every one of you I sincerely apologise for all that I have done,” he, told the Oldenburg regional court after his defence lawyers had made their closing arguments, according to the dpa news agency.

His layers argued for acquittals in 31 of the 100 counts of murder, suggesting there was not enough evidence in those cases.

The deaths – which took place at a hospital in Oldenburg between 1999 and 2002 and another hospital in nearby Delmenhorst from 2003 to 2005 – are thought to be the largest string of serial killings in post-war Germany. Hoegel’s alleged victims ranged in age between 34 and 96.

“Neither we nor Mr Hoegel deny that he is the perpetrator in many cases,” one of his lawyers, Ulrike Baumann told the court. “But he can only be convicted for crimes he committed and not for crimes he could have committed.”

Hoegel was convicted in 2015 of two murders and two attempted murders. He said at his first trial that he intentionally brought about cardiac crises in 90 patients in Delmenhorst because he enjoyed the feeling of being able to resuscitate them.

He later told investigators that he also killed patients in Oldenburg.

Pleas are not entered in the German legal system but during the seven-month trial, Hoegel admitted 43 of the killings, disputed five and said he could not remember the other 52.

The defence and the prosecution have both asked for a sentence of life in prison, but prosecutors have asked the court to recognise the “particular seriousness of the crime”, making it likely he would have to serve more than the standard 15-year sentence.

Prosecutors are asking for a conviction on 97 counts of murder, saying that in three cases insufficient evidence was presented.

During the trial, Hoegel said he had a “protected” childhood, free of violence. He said his grandmother and his father, who were both nurses, had been his role models for going into the profession.

“Now I sit here fully convinced that I want to give every relative an answer,” Hoegel said during the trial. “I am really sorry.”

Christian Marbach, a spokesman for the affected families whose grandfather was among the victims, doubted Hoegel’s sincerity.

“Hoegel is and remains a liar,” Mr Marbach said. “He tactically only admitted what could already 100% be proven against him.”

A verdict is expected on Thursday.

You must believe it’s not butter