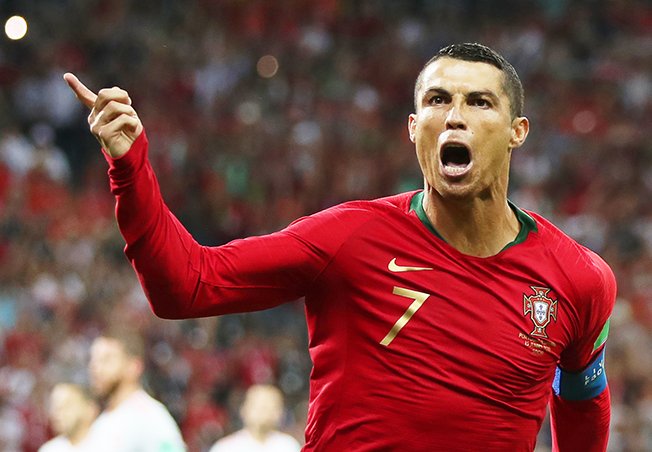 Cristiano Ronaldo has a chance to win a title for Portugal on home territory, 15 years after his side lost to Greece in the final of Euro 2004, which the country also hosted

Still something of a novelty, Uefas’s inaugural Nations League tournament reaches its final stage with a four-team mini-competition in Portugal this week, which will be short and sharp and looks to be a wide-open contest.

It will offer Cristiano Ronaldo a chance to win a title for Portugal on home territory, 15 years after his side lost to Greece in the final of Euro 2004, which the country also hosted.

It may not carry the same weight as winning a World Cup or European championship but the eventual champions are unlikely to be complaining.

“The Nations League is not the most important prize that there is, but it is a trophy nevertheless that we’d like to win,” said Dutch coach Ronald Koeman.

Portugal’s Fernando Santos took a similar line.
“The players have great passion to play for their country and this is no different,” he said. “There is a title at stake and of course we want to win.”

Designed to replace lukewarm friendly internationals, the competition, played between September and November last year, featured all 55 of Europe’s national teams divided into four divisions – Leagues A to D – which were themselves split into four groups.

There is promotion and relegation between each league while the winners of the four League A groups earned their places in Portugal this week. It also provides a back door for four teams to reach Euro 2020.

Despite initial scepticism over the format, it was given a generally warm reception as it matched teams of a similar standard.
The finals format is quick and simple – two semi-finals, with Portugal and Switzerland meeting in Porto on Wednesday followed by England and the Netherlands in Guimaraes on Thursday, and the final in Porto on June 9.

Hosts Portugal start as slight favourites with Ronaldo, their all time leading scorer and most-capped player, eager to make up for what by his extraordinary standards could almost be described as a lacklustre first season at Juventus.
The 34-year-old scored “only” 28 goals and had to be content with adding just a Serie A title to his medals’ collection.

Portugal’s ‘old guard’ is still in place, with Pepe holding the defence together at 36, but there has also been the welcome emergence of some promising newcomers such as 19-year-old Benfica forward Joao Felix.

England have managed to keep their momentum going after reaching the semi-finals at the World Cup last year, finishing ahead of Spain and Croatia in their group and making an emphatic start to their Euro 2020 qualifying campaign with five goals in each of their first two games.

The Dutch finished ahead of Germany and France to qualify and appear to be on the way back after missing the last European championship and World Cup.

Switzerland surprisingly pipped Belgium for their place, with a stunning 5-2 win over the World Cup semi-finalists, and are looking to make the transformation from a team that is always difficult to beat to one considered title contenders.

“Our goal should be to win the tournament,” said coach Vladimir Petkovic.

The women who made history