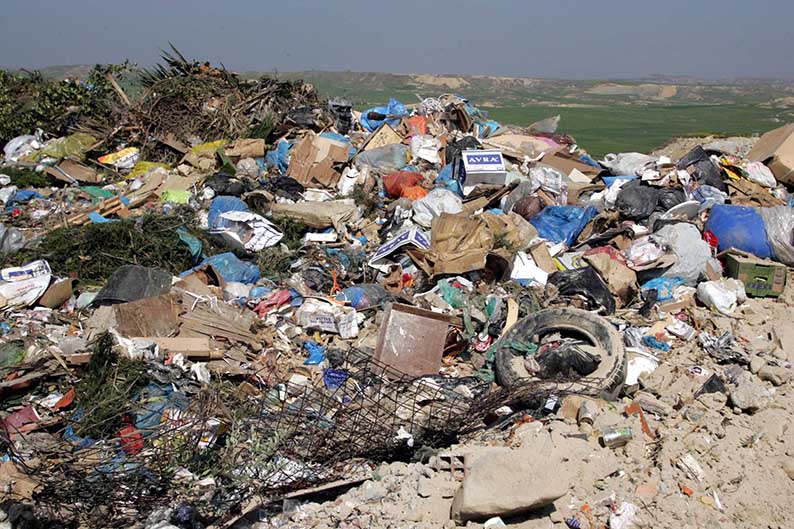 The Kotsiatis landfill was closed down earlier this year

President Nicos Anastasiades took the opportunity of World Environment Day on Wednesday to defend the government’s environment policies, but was swiftly criticised by opposition Akel for allowing building in protected areas and failing to meet EU directives on waste management.

Anastasiades said the government was making great strides in protecting biodiversity and reducing the impact of pollution on public health and ecosystems.

He highlighted that on Wednesday morning cabinet had approved a budget of 500 million euros for a 10-year water resource management programme.

He said the government had already developed a coherent environmental policy with concrete measures and national strategies.

The priority, he said, was to protect biodiversity, reduce the impact of pollution on public health and ecosystems and rationalise natural resources.

“We are completing the biodiversity strategy, focusing on the rational and sustainable development of the Natura 2000 area, as well as all forest areas.”

The sustainable development plan of Akamas was also being implemented, while wasteful landfills in Vati and Kotsiatis had been closed he said.

In his speech, Anastasiades also mentioned an initiative undertaken by the government to set up a regional action plan for the Eastern Mediterranean and the Middle East, which aims at managing the environmental risks facing the region.

“As a country we are actively involved in the constructive and leading role that the European Union has played in dealing with international environmental and energy issues.”

But opposition party Akel was quick to question the validity of the president’s comments.

“We are watching the Anastasiades government ignoring the need for immediate environmental measures and not only. Permits are given for the erection of buildings in areas of the highest environmental protection, golf courses, hotels and developments without the necessary environmental studies,” Akel leader Andros Kyprianou said in his own speech for World Environment day.

The party was also critical of measures dealing with household waste and recycling.

“Our country is behind European objectives and the government must clearly state what it intends to do about it,” said the head of Akel’s environment office Christina Nicolaou.

A damning country report of the EU environmental implementation review for 2019 published on May 14 showed Cyprus is expected to miss its EU 2020 and 2030 environmental targets by large margins, saying “there is currently no overarching policy framework for the circular economy in Cyprus.”

The young have also been less than impressed with Youth for Climate staging several protests outside parliament.

The group have put forward a number of demands to which they say the government has not responded.

They are calling on the government to enact policies in order to reduce greenhouse gas emissions so as to limit global warming to 1.5°C by the end of the century. They also want more emphasis on climate issues in school curricula.

World Environment Day is the main UN event commemorated since 1974 to remind the world’s people that the future of humanity is directly intertwined with the future of ecosystems.

The theme of the 2019 World Environment Day is air pollution and its aim is to encourage governments, industry, communities and individuals to switch to renewable energy and green technologies and to improve air quality in cities and regions worldwide.