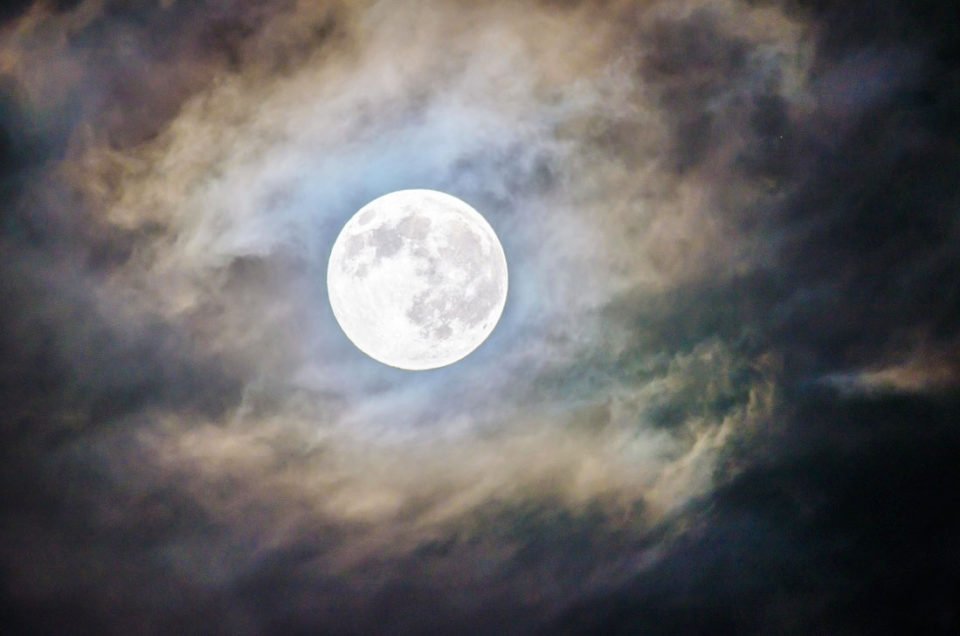 Last thing at night, I take my little terrier-cross for her pee-break on the waste lot near home. The watering of the dried out weeds doesn’t take long but she loves to sniff the scents of other canines that have blessed the dry earth in a similar manner. While she investigates whether it was Barky or Michalakis that left a message for her, I observe the moon. I love it most at its fullest, sitting like a generous scoop of prime Irish creamery butter in the dark chamber of space. In Cyprus, the moon has a warm friendly aura around its ancient body unlike the moon that in some literary European tales stands sentinel above eerie woods or castles and silently, with its mere black magic presence, calls to ordinary wolves to taste blood or to the werewolves of mythology to seek out human prey.

I also thought of Noel, a cousin, lying terminally ill in an Irish hospital, a man who fought his previous battle with cancer like a determined Fianna warrior of Irish legend. He won the last bout and had some good years but the old enemy came back, stronger this time and the battle was lost even while he was still fighting. It’s an odd old world in which families don’t really speak to each other of things that matter until it’s too late. They get laid aside for fleeting, inconsequential reasons or quarrels, and it’s only when a topic comes up out of the blue you learn something you never even suspected. Many friends and relations called Noel Nollaig (Irish for Christmas). I gave my daughter a Greek name – three short musical syllables. My husband’s cousin Jerry was home on holiday from New York and, on a sweltering Cyprus summer day, I asked him to suggest a simple Greek name. It caused upheaval because I then had no idea how important the endless giving of the same names is to grandparents here. I agreed my son have his grandfather’s name but I wanted to choose my daughter’s. My mother-in-law grew royally miffed and showed it. However, as she had two daughters I felt she was still in the running.

Names came up when I was talking to my daughter and she announced that she had never liked the name I had given her. Shoot me with spray paint! I wondered, looking at that full moon if I had called her Celine or, closer to Greek, Seleni, would she have liked it better. Noel and his wife Mary had been kind to her when she stayed in Ireland, and we had been in touch with home every day to check on how he was faring. I wondered when his sad family and friends left the room where he lay, each having to come to terms with the fact that his life was drawing to a close, did they look up at that very same moon or did they even notice there was a moon?

Let me tell you one more moon story. On a holiday in Howth seated on the promenade, an elderly woman came and sat beside me. We spoke of the warm sun on the calm sea when she said, ‘I prefer the moon.’

She told me of her parents’ old home in Cornwall. On the night of a full summer moon the maid would place a lace cloth on the patio table on which she’d stand a bottle of good wine, two glasses, candles in elegant, opaque holders, a white rose in a slim vase and a dish of handmade chocolates.

‘They’d dress up; put on some lovely music, he would hold out his arm and she would place hers along it and, like royalty, they would walk out to the patio and dance in the moonlight.’ The children were forbidden to follow and watched from the French windows. When mater and pater came indoors, she and her brother would dash out to grab the chocolates that remained.

‘You know, sometimes I look at the moon from my own garden and imagine their ghosts dancing there.’

I wrote here of how Stephen was lost at sea; he was Noel’s lad. Noel died on the evening of May 23. The flag on that same promenade flew at half mast as messages of condolence poured in for a well-loved and respected member of the community. I hope that when the grief is softened by time the living will think of their lost ones not as ghosts but as sweet memories of life. It’s those memories that sustain us, reliving them, holding the loved ones close in heart and mind while physically having to let them go. And, under a full moon, feel the pain subside with the years while the memory lives vividly on like that of the old woman.