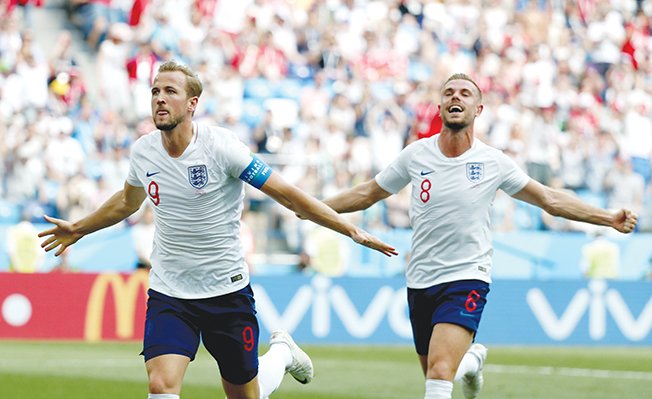 Not even England’s most passionate supporters would suggest that winning this week’s Nations League Finals would compare with a World Cup triumph but after last year’s excitement, Gareth Southgate’s men are now eyeing football’s newest trophy.

England’s run to the semi-finals in Russia re-connected their fans with the national team and the wins over Croatia and Spain in the Nations League group stage showed further progress.

They also earned Southgate’s side a place in the competition’s final four, where they will take on the Netherlands in Guimaraes on Thursday with a place in Sunday’s final against Portugal or Switzerland on the line.

The fact that England have not won anything at senior level since their solitary World Cup triumph in 1966 gives Southgate’s side the sense that a triumph will make a mark.

“It’s still a chance to win a trophy in an England shirt, and 1966 was a long time ago,” said captain Harry Kane.

“We’re going to try and take full advantage. We all want to win trophies and have the experience of sharing that with the group and the fans, so it’s a huge incentive. The fans are going to be out in numbers and hopefully be part of history,” added the forward.

Kane returned from a seven-week injury layoff in Tottenham’s 2-0 defeat to Liverpool in the Champions League final in Madrid on Saturday, looking some way short of full sharpness.

But Kane says there will be no hangover from that contest once the players find themselves preparing together.

“When we come here everyone’s fully focused on here. You don’t have to talk to people about switching off from club football. Everyone just naturally does it and I think the fact we’ve played with each other in club sides and younger England sides (means) we’re all good friends,” he said.

“Whether you’re at Spurs or (Manchester) City or Liverpool, we’ve known each other long enough that we’ve become mates.”

While more games at the end of a long, hard season might see some tired legs in action, defender Michael Keane believes that the chance of silverware makes sure motivation will be high.

“There’s massive excitement. It’s the first time the Nations League Finals is happening and it’d be great to be the first team to win that.

“We know it’s going to be tough but we’ve got the belief in ourselves and everyone else in the team that we’re good enough to win it,” he said.

The Netherlands, however, featuring Champions League final man-of-the-match Virgil van Dijk and an exciting group of players from Ajax Amsterdam, will provide a stern test for England, despite having missed out on qualification for Russia.

“The Dutch have stepped up a few gears from the last couple of years, so we know they have some top players and it’s going to be tough,” said Keane.