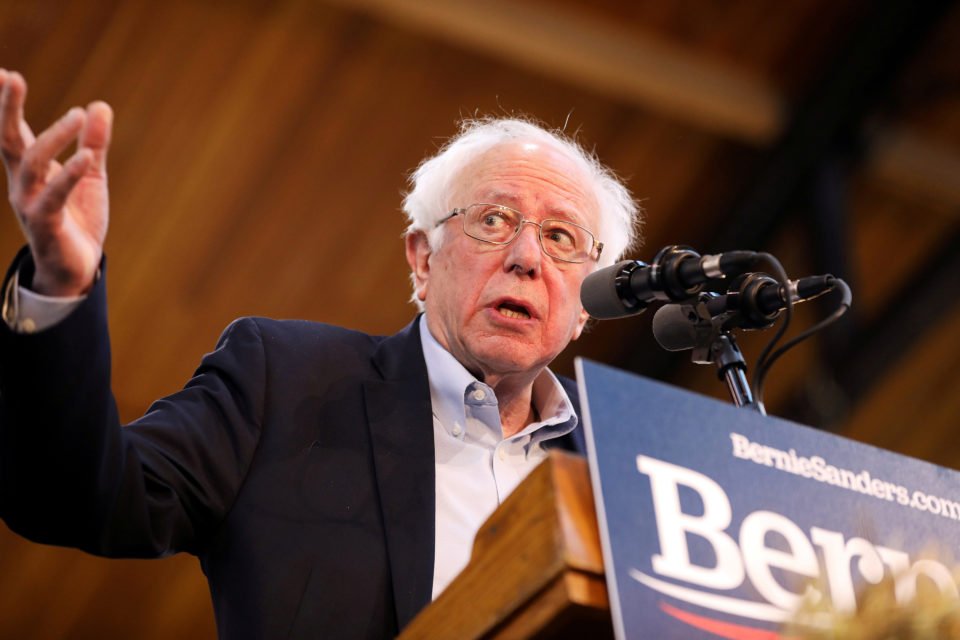 The U.S. senator from Vermont, a democratic socialist whose progressive agenda pulled the party sharply to the left, shot to an early lead in the Democratic race but faded quickly

Nineteen Democratic presidential candidates will swarm Iowa this weekend for the biggest political gathering of the 2020 election cycle so far, as the White House race picks up steam ahead of debates and a key fundraising deadline at the end of the month.

The state party’s Hall of Fame dinner on Sunday will give voters in Iowa, where the nominating contest kicks off in February, an early chance to compare the contenders and test the organizational power of still-forming campaign teams.

It caps a weekend that includes candidate appearances around the state and a candidate forum at a Pride festival in Des Moines on Saturday.

“This should be a good opportunity for people to not only size up the candidates in one setting but to also see how they talk about issues affecting the state of Iowa,” said Troy Price, chairman of the Iowa Democratic Party.

The 19 candidates who attend the dinner in Cedar Rapids will each get five minutes to give a rapid-fire speech to more than 1,400 guests. Former Vice President Joe Biden, the Democratic front-runner in opinion polls, is skipping the event but will campaign in Iowa later in the week.

Tickets to the dinner were offered for purchase to each of the campaigns, meaning the most well-funded organisations will be able to show their muscle. Organisers also expect plenty of unaffiliated activists to attend to check out the contenders.

Several candidates, including Senators Cory Booker and Kamala Harris, will hold rallies or events before the dinner. Senator Bernie Sanders will lead a march to the dinner of McDonald’s workers and other supporters of a $15-an-hour minimum wage.

The event kicks off a busy June, including another cattle call for 2020 Democrats at US Representative Jim Clyburn’s traditional fish fry in South Carolina, the first debates over two nights on June 26 and 27 and the quarterly fundraising deadline at the end of the month that will disclose each campaign’s financial viability.

“June is a pivotal month,” said Matt Paul, a veteran Iowa operative and Hillary Clinton’s state director in the 2016 caucuses. “There are some political command performances this month.”

The Democrats competing to challenge Republican President Donald Trump for the White House in November 2020 have been pouring into the state since January, but this will be the first opportunity for Iowans to judge so many side by side.

Former US.Representative Beto O’Rourke, Senator Amy Klobuchar and others are making headway on getting organizations running, while many others are just starting, they said.

Party leaders said there was still plenty of time, with many of the state’s Democratic voters waiting to see how the field of more than 20 contenders shakes out over the coming months before making a commitment. Recent election cycles have seen plenty of movement toward candidates in the autumn.

“People are still just trying to get as much information as they can. There are so many good candidates, they want to hear them all – and a lot of things can happen between now and the caucus date in February,” said Scott Punteney, chairman of the Pottawattamie County Democrats in western Iowa.

Biden has led polls in Iowa and nationally over the second-place Sanders and other leading contenders. Several Iowa party leaders said they did not think it would hurt Biden to skip the dinner on Sunday.

“After I hear from 19 different people, I’ll probably be OK without the 20th,” said Steve Drahozal, chairman of the Dubuque County Democrats.

Biden’s campaign did not respond to a question from Reuters about why he was skipping the Iowa event. His aides told party officials in the state that he had a scheduling conflict.

Biden also did not attend last week’s California state convention that drew 14 Democratic candidates. He has focused more on a general election match-up with Trump since entering the race and will make his second campaign trip to Iowa on Tuesday, the same day Trump visits the state.