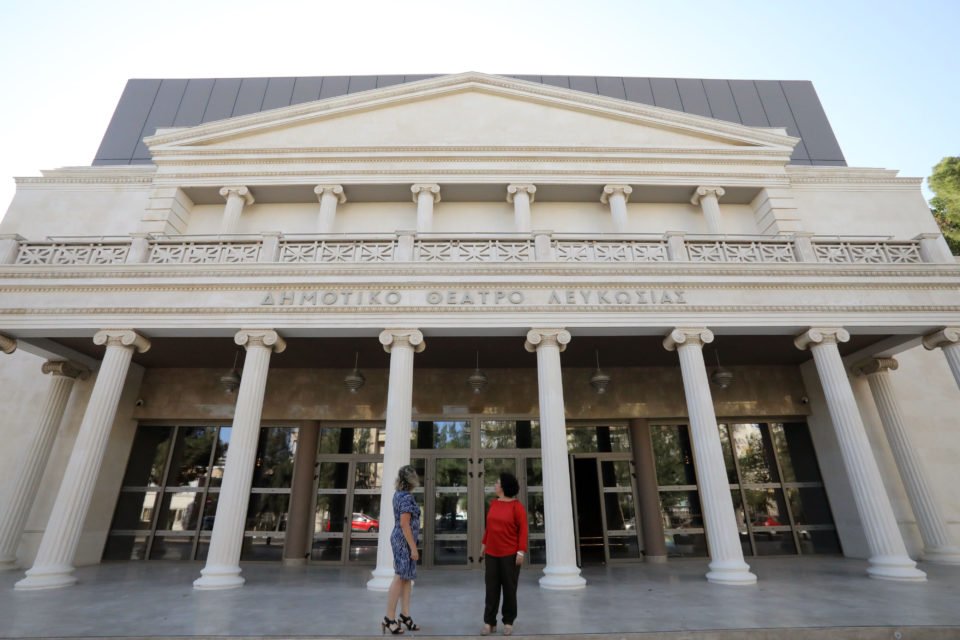 The Nicosia municipal theatre, the historic building in Museum Street, is ready for a new beginning.

From 1967 when it first opened, it played a leading role in performing arts in Nicosia, including hosting Cyprus Theatre Organisation’s (Thoc) “Agamemnon” by Aeschylus in 1972. It was the newly established organisation’s first performance.

The theatre, which had fallen silent since the collapse of its roof in June 2008, has been fully restored. With a seating capacity of 1,000, it is now the largest theatre in Cyprus. The work done, including an orchestra pit, means it can host both theatrical and music events, Nicosia municipality’s senior architect and urban planning officer, Athena Papadopoulou told the Cyprus News Agency.

After its official opening on June 18 by President Nicos Anastasiades, the theatre will open in September for performances for the international festival “Cypria” and immediately afterwards the International Nicosia Festival, Papadopoulou said.

“There will be many activities in the theatre this autumn.”

The restoration project, which started in February 2017, was overseen by the Public Works Department, with the help of the Electromechanical Service and the participation of Nicosia municipality.

It cost €8.7 million plus VAT, the work was undertaken by Cyfield, and the contract includes the project’s study, construction and twelve-year maintenance. The project was co-funded by the EU structural funds.

“The contribution of the European funds was decisive for the project’s completion,” said Papadopoulou.

The building’s façades have been preserved because they are part of its “identity and its presence in the city” she said, although it was necessary to completely demolish the existing balcony and many areas inside the building.

The south wing which had been constructed during a former restoration has been preserved, but “a very large part (of the building) has been refurbished in line with all static proficiency and anti-seismic behaviour standards”.

But the head of the paraplegics’ association, Demetris Lambrianides, said on Friday that he would not attend the opening, despite being invited, because the renovated theatre does not offer equal treatment to the disabled. 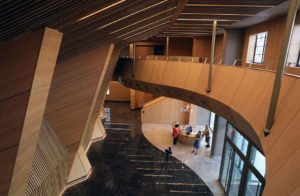 In a Facebook post, Lambrianides said the state spent nearly €9m to renovate the theatre but reserved space for only 12 seats for the disabled on the aisles – six on the ground floor and six on the balcony – without thinking about where those escorting wheelchair users would sit.

“Unless they think people in wheelchairs are never escorted,” he said.

The theatre was derelict between June 11, 2008 when its roof collapsed and February 2017 when renovation works began. The municipality had spent €5.6 million refurbishing the building only two-and-a-half years before the collapse, which happened the night before the theatre would have been packed with school children attending an end-of-year ceremony.

The collapse sparked public outcry and prompted the government to appoint a panel to investigate the reasons, with the Nicosia municipality announcing plans to go after whoever was found responsible.

The three-man panel found that the main problem had been the structure’s roof trusses, originally put in place in the 1950s, during construction of the theatre. Although the roof had been part of an extensive refurbishment in 2005, the project’s architects and civil engineers said that the relevant studies had shown that the trusses had shown no signs of deterioration, could withstand well over the prescribed load, and were thus in no need of replacement.

The court case has progressed at glacial slowness and is still not complete.

It took until 2010 for civil lawsuits to be filed against the architects, the Pefkios Georgiades firm, the civil engineers, Santama Brothers, and the contractors, A Panayides Contracting, responsible for the 2005 renovation.